Cartel Wars in and around Caborca, Sonora

posted on Dec, 26 2019 @ 05:25 AM
link
Don't know how to start this, as I am not familiar with everything that is going on. But since I've been in the area before and was planning on traveling through have been keeping up on information from the zone.

For those not familliar Caborca is about a 5 hour drive from the border with Arizona from Nogales.

This video in Spanish talks about a lot of killing going on. The reporter mentions that a man and his son who were delivering tortillas and very known and loved were shot down caught in the middle of a cartel battle.

The man who shot these people was later found on the side of the road with his head cut off and his hands and feet. Before he was murdered, he was filmed by some sicarios who had him give his name and the names of all the people involved with selling drugs in the area, and why they were murdering other drug dealers, because they wanted the territory.

I can't find the video online. Although I have seen it. It's pretty gruesome.

More information on the cartel violence and deaths.

An English language website gives a little of the information going on in the area:

WARNING: FOLLOWING LINK HAS EXTREME GRAPHIC DEPICTION OF MAN BEING BURNED TO DEATH BY SICARIOS

Warning: People of Caborca, Altar and Pitiquito. This is the second and last warning. We
tried to be at peace after we were offered a peace agreement.
But a few days later that arrangement wasn’t respected. We repeat, this war is not against you: Mexican Army, National Guard, Federal Police, State Police, and Municipal Police. This war will continue against the people of Altar. And this will not stop. For all those who collaborate with the people from Altar : Leave town before we come for you. Each of you is on our blacklist! We don’t want any taxi or public service transportation coming from Altar to Caborca. We don’t want anyone coming to do money movements in the Coppel stores either. We have everything well monitored. Sincerely, La Barredora At the command 24/7

Video translation is as follows:

WARNING video is of burning a man alive


There are other videos a plenty floating around of these sicarios chopping off hands and feet of live people and then beheading them.

It appears they have given a warning to a lot of people in small towns between the town of Y and Caborca to abandon their homes and leave within 5 days or they re going to go in and murder all of them.

Not too long ago a family of Mormons were ambushed and murdered I think 10 of them on the northeastern border of Sonora.

These bands of terrorists are murdering each other in the most disgusting and gruesome ways imaginable. As bad as it was with ISIS and Al-Queda. It seems they are plying their trade of terrorism with impunity upon the small towns and even cities of Sonora, right south of the border. Red Alerts have been issued not to travel the highway between Y and Caborca because of extreme terrorist violence.

It seems that people are being beheaded and thrown onto the streets in broad daylight on almost a daily basis now.

It is probably little knowledge to a lot of people but there are also gold mines near Caborca, the largest in Mexico. And huge numbers of people works in those mines from the city. And people are traveling to work every day now it seems in fear of their lives. And just recently a shipment of gold from one of the mines was attacking and around $25 million in gold stolen.

The surrounding areas are also rich in farming especially asparagus which is exported all over the world. It seems that these farms are just fronts for cartel business.

I wish there was more I could share here, but most of it is in Spanish and a lot of it is on Facebook and I'm not going to link Faebook links here as who knows who has Facebook.

A lot of these sicarios and cartel members worship the Santisima Muerte. Or Holy Death. It is an image of Mary but with skull and bones. They venerate and worship her. This is a truly demonic organization.

Some info on the demonic cult-worship of La Santisima Muerte by the cartels in Mexico:


Anyway, people traveling to Sonora, Mexico need to be on guard. It is also on America's travel advisory to Sonora:

Exercise increased caution in Mexico due to crime and kidnapping. Some areas have increased risk. Read the entire Travel Advisory.

Violent crime – such as homicide, kidnapping, carjacking, and robbery – is widespread.

The U.S. government has limited ability to provide emergency services to U.S. citizens in many areas of Mexico, as travel by U.S. government employees to certain areas is prohibited or significantly restricted.

U.S. government employees may not travel between cities after dark, may not hail taxis on the street, and must rely on dispatched vehicles, including from app-based services like Uber or from regulated taxi stands. U.S. government employees may not drive from the U.S.-Mexico border to or from the interior parts of Mexico, with the exception of daytime travel within Baja California, between Nogales and Hermosillo on Mexican Federal Highway 15D, and between Nuevo Laredo and Monterrey on Highway 85D.

80% of taxi drivers are probably in the cartels pockets. Their eyes and ears, and also doing other things for them. No wonder the warning not to hail taxis on the streets.

Native people are avoiding certain highways, and not going out after certain hours. There is an increased and heightened sense of terror and danger in and around Caborca, and other areas in Sonora, Mexico.

posted on Dec, 26 2019 @ 06:08 AM
link
I live in southern Sonora. From Guaymas south a lot of bad things happen. Situational awareness goes a long way. We try to not be in the highways at night. I don't feel in danger, but it pays to keep one's eyes open.

The situation is truly horrendous. It has been for some time, and only gets worse. My husband has family in Nogales -- both sides of the border. We used to regularly cross the line when we went to visit. Not anymore. The horror stories I've heard are bone chilling. Federales on every corner, but corruption is rife, and it's a toss up who they really work for... It only gets worse the farther south one goes.

But it's all just a political football now thanks to the political critters who never let a crisis go to waste.

When Arizona passed SB1076 to address the crime from the cartels, we were accused of hating "brown people." Nevermind that the populace comprising 2/3 Hispanic descent OVERWHELMINGLY supported the bill. When Trump spoke to the rapists and murderers in the cartel's human trafficking operations, Trump -- and his supporters -- were declared racists. Nevermind the rape trees, shallow graves and drop houses that tell the tale.

Thank you for the OP and bringing much needed attention to the atrocities being committed.

Mr Trump! Tear down that wall!!

posted on Dec, 26 2019 @ 05:21 PM
link
Devil worship like Santeria.. MS13 is a devil worshipping cult hence the 13.. Louisiana where many practice this also with New Orleans at the Epicenter.. a reply to: PeaceShalomSalam

I've been tracking cartel activities that have been ongoing since the 80s. What was it maybe ten years ago, ballistic bagpacks started being talked about in the USofA for active shooter events in schools.

Well, Mexicans especially rich ones, have been having their children use them for years already. Even armored vehicles are becoming a day to day required protective posture.

Narco terrorists, cartels, para military and gangs are all competitive for the same money in the same territories.

Corrupted government turns a blind eye because it's profitable, and it's safer to take the money than be replaced by someone else, who will.

That's what happens when the big bosses own the system.

Not even 10 years ago, Mexican politicians were being murdered by cartels left and right. I believe they killed every one involved in politics and placed their own people in public.

Everything I've mentioned can be found quickly in the search engines. The days when bodies hung from light posts in Mexico will be over. Not while power vacuums are just rejuvenating the violence.

Been going on before we were born, and it will be later ng after we pass on. 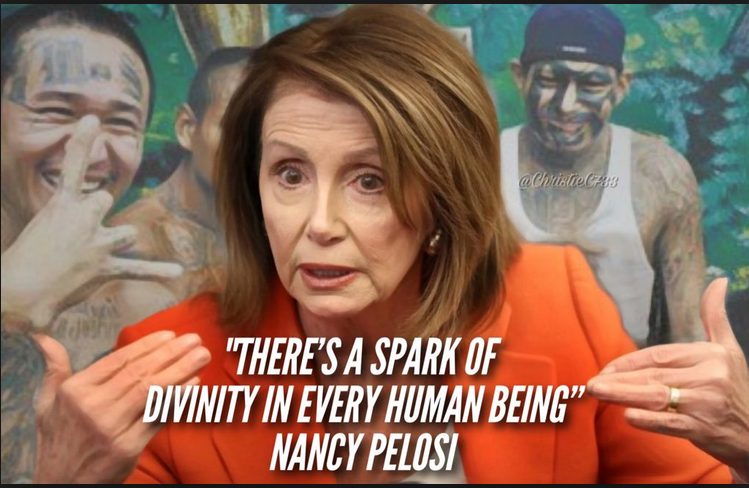 This is one of the better sights I have found for what is going on in Mexico and the Cartels.
www.borderlandbeat.com...
Title: Sicario's Story: I was Recruited by Los Rojos, and Turned into a Monster


Jojutla, Mexico: The recruits filed into a clearing, where a group of trainers with the stern bearing of drill sergeants stood in a tight row, hiding something.

“How many of you have killed someone before?” one of the instructors asked. A few hands shot up.

The trainers separated, revealing a naked corpse face up in the grass. One thrust a machete into the nearest man’s hand. “Dismember that body,” he ordered.

The recruit froze. The instructor waited, then walked up behind the terrified recruit and fired a bullet into his head, killing him. Next, he passed the blade to a lanky teenager while the others watched, dumbfounded. This is an anonymous account of his experiences.