page: 1
44
<<   2  3  4 >>
log in
join
share:
shawmanfromny
+10 more
posted on Dec, 2 2019 @ 07:11 AM
link
It looks like Trump and his advisors are not willing to participate in Wednesday’s House Judiciary Committee hearing. Who can blame them? It's just a continuation of the same BS that went down at the House Intelligence Committee inquiry, led by Adam Schiff. 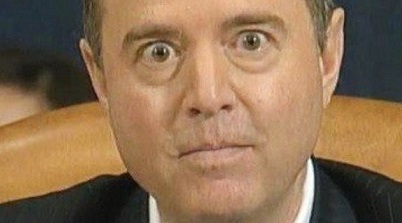 White House Counsel Pat Cipollone informed Nadler that the President would not be participating in a letter that was sent yesterday.

The GOP is itching to see this impeachment sham be brought before The Senate, for a FULL trial, where Republicans will turn the tables on the Dems.

“Everyone knows what they’re going to do next. They’re going to impeach the president and send it onto the Senate, but that is the good news. That’s good news. In the U.S. Senate, there won’t be any secret testimony or dishonest leadership, or to deny a defense. So we’ll finally be able to get to the truth.
-Rep. Chris Stewart, R-Utah

Cipollonel disputed Nadler’s claim to be acting in accordance with precedent set during the impeachment of President Bill Clinton:

Although your letter attempts to invoke precedent from the Clinton impeachment inquiry, you have completely ignored not only the process followed then, but all other historical precedent. For example, when the Judiciary Committee scheduled a similar hearing during the Clinton impeachment process, it allowed those questioning the witnesses two­ and-a-half weeks’ notice to prepare, and it scheduled the hearing on a date suggested by the President’s attorneys. Today, by contrast, you have afforded the President no scheduling input, no meaningful information, and so little time to prepare that you have effectively denied the Administration a fair opportunity to participate.

Past inquiries did not authorize one set of committees to conduct two rounds of hearings with witnesses (one round in secret and another in public) while prohibiting the President from any opportunity to participate. Nor did these past inquiries continue to deny those rights to the President even in a third round of hearings before yet another committee, the Judiciary Committee. In other impeachment proceedings, the President’s counsel was not excluded from the hearings that took testimony from fact witnesses, nor was the President denied the right of cross examination during those hearings.

originally posted by: 727Sky
a reply to: shawmanfromny

They have solidified many a person's vote who might have been swayed differently if the Democrats had not engaged in a 3+ year long hate campaign, ignoring all their congressional duties just to attempt to destroy Trump, everyone who works for Trump, anyone who supports Trump, anyone who voted for Trump.

The fact that the campaign has also been directed at voters through the over 600 people beaten for absolutely nothing more than wearing a hat symbolizing they voted for Trump, says it all when it comes to the voters. Not one single Democratic Party Leader has decried this heinous practice, thus tacitly approving.

Trump is not perfect, no one is, but he has kept as many of his campaign promises as he could. This is very very rare for a politician let alone a President of the US.

Yep, they have turned the next election into a solidarity movement for the people who are sick and tired of hate, upon, hate upon hate, supporting ANTIFA which is violent hate, tacitly supporting the assault of MAGA hat wearers. These people were not convinced by hate and violence to turn on Trump, but rather to forever turn away from voting for any Democratic Politician as long as they live.

Pretending it's not happening is just one more brilliant move by trump.

Like putting your fingers in your ears and singing la la la when you don't want to hear something.

Ever poker player knows never play against a stacked deck.

Schiff isn't king in the senate.

He'll be the court jester.

I was censored on Quora for writing this in different words.

I wrote that there is in the US a biased justice system when it comes to federal level crimes that politicians and public figures commit.

Tier 1: If one is a progressive/liberal or Democrat they are basically forgiven and it is swept under the rug. This has happened with sexual crimes as well as political crimes. (i.e. Biden as VP committed the exact crime they are trying to destroy Trump over. Biden admitted it publicly and there are recordings of him bragging about it. AND the Democrats WANT him to be President)

Tier 2: If one is a conservative or Republican the book is thrown at them. They are personally destroyed, professionally destroyed. It is made certain that if they don't go to jail, they will never be able to work again. If possible the lives of their family and children are destroyed.

This shows the deep and abiding and abject hatred that the progressive/liberals/Democrats have for any and everyone who is a conservative and the measures to which they will go to destroy conservatism and conservatives.

Trump should "flip the proverbial bird" at the Democrats. They have done absolutely nothing, and I mean nothing, but spend the last 3+ years attempting to destroy him, his family, his employees, his supporters, his voters. Why the he-double-toothpicks would anyone want to cooperate with people like that? Not me, that's for sure. Only a conservative with a martyr complex would cooperate with the "Democratic Inquisition".

Yes he is pretending. He keeps calling it phoney or fake when its real and happening.

That is not a plan. 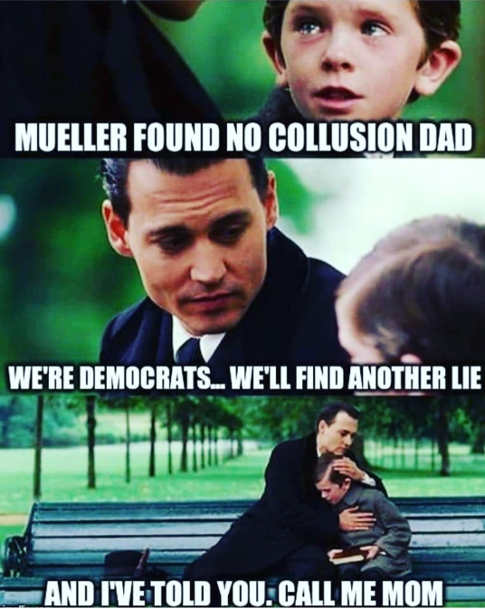 thats total bull. your god is untouchable.
but he's not going to stay that way forever.

Then why isn't Schiff trying to impeach Trump for 2016 'collusion,meddling,what the eff else' instead of a phone call to Ukraine ?

Yall have moved the goal post so many times, and so often yall are not even on the same planet anymore.


"Mr. Morrison, you were on that call, and there was no quid pro quo, correct? No bribery? No extortion?"

Trump is so scared I imagine.

Democrats will never impeach him.

neo96
+1 more
posted on Dec, 2 2019 @ 07:57 AM
link
Anyone else remember back when Republicans voted for impeachment, and not a single Democrat voted to, and the Republicans got FIRED ?

Instead of banning history Trump haters need to learn from it.

I would add please explain how Biden has not sold out the country, since he publicly (recorded) bragged about withholding aid to Ukraine until they fired the prosecutor that was investigating his son. Please explain how Biden did not sell out his country by his Son getting $50K a month for being on a board that the company admitted the only reason he was put on the board was because of "his last name" when his Dad was VP. WHAT IS THE DIFFERENCE????? Why should Biden be the presumptive nominee for President when he did the exact thing the Democrats have their panties in a wad over, and are accusing Trump of with no real evidence on Trump? Explain to me why Biden is the front runner with this baggage.