posted on Nov, 21 2019 @ 08:19 AM
link
A easy to understand glossary of liberal terminology. It gives some real insight into the way their brain works.

It’s the holy Grail of *victimhood and *tolerance . A blueprint for socialist rule. Though edited liberalism’s founder Nero Claudius Caesar Augustus Germanicus’s views are the end game . Passed down from his bloodline... 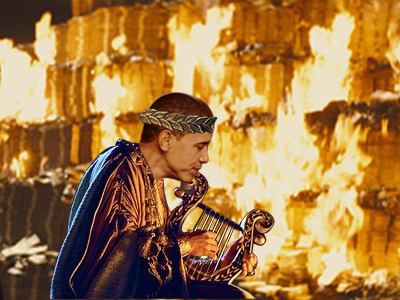 When you link the definitions their true position becomes crystal clear.

Second amendment:
A piece of irrelevant gibberish written by foolish, old, dead, white, violent, rum-running, tax-dodging, paternalistic slave-owners who wouldn't understand anything about our modern "Global Community" if they saw it first-hand (since repealed by U.S. vs. Miller). It wouldn't apply in today's modern world even if it had any original purpose or meaning, which it didn't. The "Second Amendment" is invoked today only by violent, ignorant, alcoholic, backwoods, gun-happy, sister-humping, neo-Nazi, hate-mongering, anti-government, hairy-backed, crooked-tooth, smelly, white Neanderthals who love destruction and killing as a means of showing their dominance, compensating for their pathetically inadequate sexual prowess and distracting themselves from their own stupidity and illiteracy, or by those who profit from selling the tools of death and destruction to the former. 2. An important article in the Bill of Rights granting the government absolute authority and control over any form of weapon. Senses 1 and 2 may be used interchangeably, or even simultaneously, as desired, without hypocrisy. However, a Leftist would rather never mention, or be bothered with any mention of, the "Second Amendment". Like speaking to a jihadist about Jews, mentioning "The Second Amendment" to members of the Left makes them extremely nervous and can throw them into fits of uncontrollable rage

They know they’re right and as stated their goals are.

Because everything leads to

You forgot a couple.

AK-47 - Basically any type of firearm

They had sniper in sniper rifle. I didn’t post much of the non gun stuff it’s too scary .


Because nobody is laughing...

Unfortunately there is a lot of truth in the op...

You or the thread?

So you’re saying every AR 15 in the country is going to kill 15 kids in one second ? Is that tomorrow or the day after ?

And now for some right speak...

"We can take the left road as a shortcut."

'daddy said never to go left, that's were them folk who want to take our shiny thangs that shoot little shiny thangs live.'

'so we should not go down leftard road?'

'shucks yeah, that evil black guy was born in Africa is there too.'

Say what you want, I'm just holding up a mirror to show you what I have seen on this site lately, pointless bickering hidden behind pseudo ideology.

There is what's right and then you have what's left.

Thought I would help.

No I just wanted him to feel noticed I didn’t feel like retyping this I had to find it .

Pshaw well Lordy boy y’all sound like a flatlander. Din’t your mama take ya to see the deacon?

Din know many honest flatlanders can ya answer this ?


OK let’s say you just moved to Montana. Your wife is down at the creek with your two and three-year-old daughters. You look out the window and see that there’s a 8 or 900 pound grizzly charging at them .

Now you’ve moved from Montana to Colorado . You’re sitting on the porch in the morning farting in your underwear. While your wife and two daughters go to pick wildflowers .

When you look over you see a pack of wolves circling their intended pray . Would you rather get off one or two rounds at five or six wolves with your Remington 700 or have the fire power to take a few of them down quickly to protect your family .

Now you’re tired of all the danger from the wildlife. So you move to California. Who would need a powerful weapon in California it’s the land of liberal utopia after all.

Then one morning you get up humming Kumbaya to yourself happy to be in the greatest state in the union .

As you brush your teeth and rinse your mouth you look out the window there’s a mountain lion getting ready to attack and carry your kid off. Would you rather try to hit that elusive son of a bitch with a bolt action rifle or a semi automatic weapon with a high-capacity magazine .

By now the lower 48 have freaked you out. But you recently heard they opened a new Starbucks in nome and realize you should go north to the future .

The creeks are frozen, it’s too cold to let the kids out and they’re definitely ain’t no flowers growing . Finally everything‘s in the green what could possibly go wrong ?

You keep that pleasant thought in your head until around 1 AM. That’s when you wake up hearing grunts, slobbering sounds and and feel the RV moving back-and-forth. It is at that point you realize that you should’ve taken the left not the right . Then you wouldn’t have parked on a game trail that leads to the town dump.

Still shaking the cobwebs out of your head . Your nostrils fill with a delicious aroma followed by panic and a adrenaline spike. Your first words since waking up are Oh # the wife left the chili on and the Bears smell it . Which explains the grunts, slobbering sounds, rocking motion, the sides being ripped off the RV and the bear coming through the windshield .

Now you’ve got three or four polar bears tearing their way into your RV your children are screaming your wife’s cussing at you for bringing them to Alaska and all you’ve got is a bolt action rifle. Which will be about as effective on four bears halfway in your RV as taking the wooden spoon out of the chili and hitting the bears on the nose .

Makes me feel bad for Warren now. She played her best victim
card and it got swiped.

originally posted by: LSU2018
a reply to: Thecakeisalie


That’s the beauty of liberalism. If you get caught appropriating someone’s culture. Just by getting caught you become a “victim”. See the above definition . 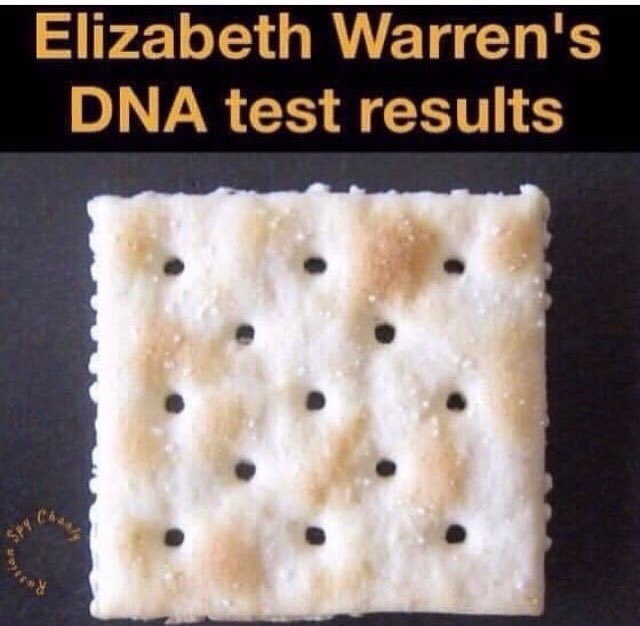 I don't even no how to express how hard I'm laugfing right now.

My statistics are the talking points when it comes to MSM. Part of left speak ya know.