Here’s some food for thought. You sir are up Schiff creek If you’re stupid enough to impeach Trump.

When the impeachment trial begins in the Senate you’re going to be subpoenaed.

Where you will get yourself in trouble is your distant relationship with the truth and your conspiratorial manipulation of information. One of the first things you’ll be asked is “ did you previously know the identity of the whistleblower”.

The whole country knows you lied . Half are mad the other half are snickering and sanctimonious.

A: tell the truth, which I don’t think you’re capable of.

B: Put yourself at risk for the first criminal referral on perjury by lying. 18 U.S.C. §1621 5yr per incident

Four elements need to be proven for perjury. They are an oath, intent, falsity and materiality.

If your staff tries to lie to protect you . They are at risk for the same .

But even if no referral is issued to them. The American people have a extra added bonus.

Your perjury charge can be enhanced for Subornation of perjury. 18 U.S.C.A. § 1622 Per your manipulation of evidence and plotting.

Five elements are needed for charging subornation of perjury

1st agreement between the two parties.
2nd Proof of perjury
3rd Germaine to the case
4th knowledge of their falsity
5th The procurer must know the answers were false. (with you that’s a gimme) 5yrs per incident

That’s your whole damn case you imbecile! What on earth were you thinking? 🤦‍♂️


Everyone of those violations is per incident. So every time your staff or fellow senators lie and for every fraudulent or manipulated document they submit .

Subornation can apply to you again and again for running the whole # show so close to your chest.

If this was normal times you wouldn’t have to worry . The Senate wouldn’t slam the hammer down on a leader in congress no matter how untrustworthy and spineless he was . But this isn’t normal times !

Over the last three years you’ve divided Congress more than Lincoln did trying to free the slaves from the Democrats clutches .

You’ve lied, cheated and schemed . Your willingness to put reality aside in your personal vendetta against Trump. Has placed a target on your back. Just about every Republican in the congress wants your head. But don’t worry they won’t put the knife in the same place you stabbed America.

When you get yours they’re going to be looking you in the eye smiling and biding their time . They will give you all the rope you want. But after they say not guilty the noose is going to start tightening.


Your soul is darker than truckstop coffee. You snake water salesman.

If I’m not right or close to right. Wait to you see my next rant . 🤬

While I agree he lied, nothing will happen.

And the Democrats who were crazy demanding "justice" for lying to the FBI about a non-crime will be apoplectic if anything happens to Schiff for lying about worse.
edit on 18-11-2019 by OccamsRazor04 because: (no reason given)

The thing that really bothers me is, what does someone that has shown Trump to really bring him down if he goes tough on the establishment . I think all Americans know, someone with a # load of power has something on Trump that will really raise his blood pressure.
You know he had an unexpected visit to the doctor yesterday.

Impotence incarnate, they name is Schiff. Watching him in this process is like watching the DNC give itself a vasectomy.


Hahahahahaha. Doing his job? Not letting Republicans ask questions? Shielding witnesses whose testimony hurts impeachment? Can you tell me who that was actually involved in the phone call has agreed with Democrats?

What about Democrats telling the Ukraine who they can't go after and shielding corruption in the Ukraine to benefit themselves?

His job is to gather facts. HE is doing everything in his power to gather politically charged opinions to appeal to emotion and to prevent facts from coming out.
edit on 18-11-2019 by OccamsRazor04 because: (no reason given)

I seriously doubt my scenario would happen. It was more of a wish list and hate letter .
But just think about it. Schiff will be subpoenaed .

The smug son of a bitch will strut in believing he can do whatever he wants because he’s immune .

That man is such a liar, that if he admitted to me that he’s a pathological liar.

I wouldn’t believe him .

He’s going to lie about the whistle blower . They should be able to get confirmation from his staff .

I doubt it too but maybe .

Cool letter...personally I would leave out the personal insults to keep it more professional but other than that...

I hope after this impeachment thing we can get rolling on with this circus. Will it be televised as well??

If you're serious about writing a letter to Schifface, I suggest you save any language, insults or allegations until the very end, and treat them as a parting shot, but keep it short.

All these knuckleheads have interns working for them screening their mail. The second they get to an insult, the letter goes in the 'round file'...meaning Schiffpie will never see it. Chances are he'll never see it anyway, but a select few do get through.


Yes, I was a YUGE Obama fan. I have a collection of all the "I'm with her" buttons I wore during the last election too. I cried for weeks after she lost the election in spite of all my hard work to get her elected.

Maybe you should read what I wrote in my first post again? You realize impotence is not a term of admiration, right?


Do you know what his job is ?
Didn't think so.

Now can we ever talk about the fact that Trump sold this Country out for political gain?


Got a link to that "fact" , or is it just your daydream ?
I believe the latter.

Denying ignorance
Why ?
Got nothing better to do.

""Treasonous acts may be criminal, but criminal acts are almost never treason. As Article III, Section 3 of the Constitution specifies, “Treason against the United States shall consist only in levying war against them, or in adhering to their enemies, giving them aid and comfort.” The Founders went out of their way to define treason narrowly because they knew how it had been repeatedly abused in the past."" 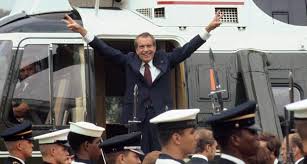 It appears that opinion is the only evidence that's been presented.

personally I would leave out the personal insults

To quote Sammy Davis Junior ” I gotta be me “.

If I left the personal insults out.

To be honest I did a lot of research not just going through the applicable laws.

I was going to do a much different type of thread .

But yesterday it fell into information overload.

I just couldn’t put it all together. I needed a little more data that I should’ve known and embarrassingly didn’t .

I could only come up with one verifiable lie from Adam Schiff . 🤦‍♂️

So I phoned this one in . Lol


Everybody has a friendly fire incident now and then.

No casualties, so all good.