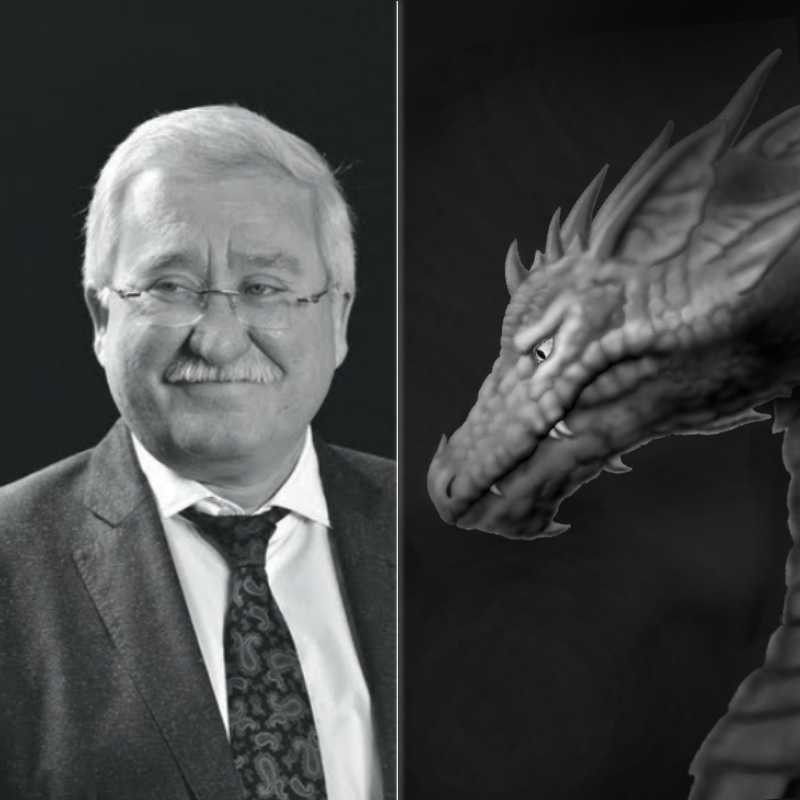 Asgardia and Alaurentia, two forces at odd with one another. One is monarchical, the other is a direct democracy.

For the last several years, Asgardia was the most prominent micronation in modern time; but that is slowly changing with the steady rise of Alaurentia. After having begun petitioning the UN for its sovereignty Thursday morning, Alaurentia officially confronted Asgardia yesterday, and made a direct address to its people. In his address, Tanninim Long pointed out that loopholes in Asgardia's constitution are giving Igor Ashurbeily unlimited power over the alleged future citizens, including the ability to dissolve government branches, and to deny people's rights and freedoms in favour of Asgardian "supreme values". Taninim Long also pointed out that the Asgardian Constitution has been adopted with only 15% of vote, and that there are concerns with the security of the personal information of all the members.

Asgardia reacted by censoring Taninim Long's message and banning him without trial from all Asgardian platforms, ironically confirming Asgardia's disregard for freedom of ideas and of speech. Taninim Long's address can however still be found here and on Reddit.

Concerns are already emerging about Asgardia's plans to implement a "defence system" in Earth's orbit so to "protect from asteroids". Lately, Igor Ashurbeily has been requesting funds from his citizens for such a purpose. Taninim Long warned the people there to strongly consider seeking an Asgardia alternative; proposing Alaurentia as a more realistic (and more free) option.

We must remember that Igor Ashurbeily, besides having served as Russia Defence contractor, is also current leader of a Russian political party named after a fascist regime, tying Asgardia in a worrisome way to such a controversial government. Could Taninim Long be right in voicing his concerns? And then, on an unrelated note, why is he as secretive about himself and his appearance? One thing is certain - we are witnessing the beginning of a battle between the rising, next faces of the world.

Things are getting interesting, guys.

Without trying to sound like a total idiot but I can't remember learning about Asgardia or Alaurentia in geography when I was a kid.

Isn't that Thor guy from Asgardia?

I'll try and read up on it...like the dragon who rules Alaurentia though

Asgardia is indeed derived from Asgard, since it was started by a Russian and it deals with Space, the founder thought it'd be great to call it like that.

Taninim Long just never showed his face, ever, and uses a dragon avatar to simply represent himself instead whenever needed. He is exceptionally silent about himself... That might be a way for him to better deal with opponents - it's harder to attack him if no one knows how the heck he even looks like.

No, you haven't learned those in geography, because they are emerging nations, not part of the establishment. The one thing they have in common is the efforts they are making to become their own sovereign countries.

So your explanatory link is to two very similar websites that seem to be making proposals for an virtual experiment in nation-building ... do I have that right? Tied up with crypto-currency, etc.?

There is a document that many people don't know about. It's called the Montevideo Convention. That document explains the criterions that a nation must satisfy to be considered a sovereign country. Asgardia and Alaurentia are both competing to satisfy those criterions and actually become countries. It's not "virtual" - you are witnessing real efforts to break away from the establishment. I venture to say Alaurentia satisfies more of the Convention's crierions than Asgardia; but then, Asgardia has the advantage of having a larger population.

Whereas Asgardia wants to become a "space kingdom", Alaurentia wants to make the Laurentia bioregion into its own country.

By using the term virtual, I realize it is not entirely accurate, so let me ask in a different way.

Are these nations located in specific geographic locations?

Now, you might wonder, "then, if Asgardia doesn't even have a physical location, why should people follow Asgardia and its dubious Constitution?" And that's Taninim Long's point exactly: they should not.

Fascinating. So the claim is that a nation can exist under the Montevideo Convention while sharing the sovereign territory of another country (i.e. northeastern US and southeastern Canada)?

Nationhood not tied to physical territory?

It baffles me why anyone would really take any of this seriously.

"Grownups" and their toys, am I right?

Actually, though I had never given this notion a thought, it does offer an abstract exercise in our considerations of future allegiances. I really can't speak much to this idea as it is so new to me but given the rapid changes and proliferation of ideas in the last period of time, who knows what all of this could morph into, either as a groundswell of democratic populism or injected into us as a new drug.

posted on Nov, 17 2019 @ 01:58 PM
link
Potentially and intentionally these two VIRTUAL nation's are about tax loopholes and money making scam's, the majority of the citizens will of course NOT make anything out of them but Corporate entity's and other's could use them as a kind of virtual tax haven if the idea become's accepted and fully recognized by the UN (which does not seem to know it's head from it's arse most of the time) as well as also potentially issuing flag's of convenience for maritime tax and insurance purposes (which is interesting as if they get to that stage as long as those ship's fly there flag they then become there sovereign territory which would mean that while they may have no geographic land they would have territory?.

At the moment they are more of a novelty but as they grow expect the REAL nations in which prominent members of these pretend nations live to start watching them and there finances a little more closely depending upon of course there own law's, these are simply scam's, clever if they work but still scam's.

Yup... New scams and while we all hold our breath over the next ''hearing'' or the next Superbowl this and other stuff is going on below the radar of most of us. Me included.
As much as many of us here like to think we have a handle on where all of this is headed I am highly suspecting that none of us really has a grasp of what may be coming down the pike.

It was about this guy who wanted to start a new football franchise. But in doing so he wanted to have it in a place where the weather was better for out door venues. (In a way this was part of the idea behind the USFL, to play football outdoors in good weather).

But then he latched on to the idea of a team that was not locked into one town or stadium. He built a team that could rove from stadium to stadium and it worked. He developed a following with his team to the degree that he started his own league.

Each team in the league could play wherever they wanted. And each team would represent an ethnic group or social group. There was a biker team and a surfer team, a black team and a white team, even a hippy team. So that everywhere these teams would match up with one another it would draw people who associated with one of those groupings.

As time went on, the media exploded trying to keep up with it all. One reason was that as these teams met on the field, opposing ethnic groups met in the stands. Deaths began to emerge in the stands to the point that betting began to take place in Vegas and Atlantic City where people could bet on the number of deaths in the stands on any given Sunday.

SF I know but interesting in light of this idea of nations not grounded in physical locations yet basing itself on abstract mental affiliations.

So you are willing to build a new nation and have voted in a leader whom you have no clue???😆😆