You dont think that meeting had to do with the impeachment? I do.

Since the Attorney General is publicly involving himself with this particular report, the outcome may be different than the "Comey IG report" where the DOJ declined to prosecute him. (Probably just temporarily)

I didn’t say they were found guilty.


There were a lot of liberals that turned conservatives in the 80s. ( yuppies ) Back then you could grow up and take a clearer look when you matured. Now the left is so wound up with emotion and programed by identity politics . Most are incapable of looking at things in a different way . The world shouldn’t run on feelings .

I was a screaming liberal once and if you watch my posting. I piss off some of my conservative friends off because I agree with some of the left’s positions . As an example red flag laws .

A man doesn’t stand in the middle of a echo chamber conservative or liberal. He form’s his own position then stand’s behind it come hell or high water .

If you agree with everybody you’re just a yes-man .

If I found a bottle today and a genie granted me one request of you. I know it would never happen while trumps in office. But once Trump is out of office. I would ask you to take one year off and look at things from the other side.

Try it some counter research not echo everyone else’s opinion and don’t use your heart more than you use your brain .

I’m not telling you to become a conservative. But I think it would open your eyes to their manipulation and help you square your head on your shoulders. I wish Democrats would figure it out and push back against those creeps. The Democrats under 40 are the future and could make the party better .

On the left and right everybody’s brains are muddied .

We’ve got a saying down home for situations like that .

The Democratic leaders and main stream media mean every bit of it . 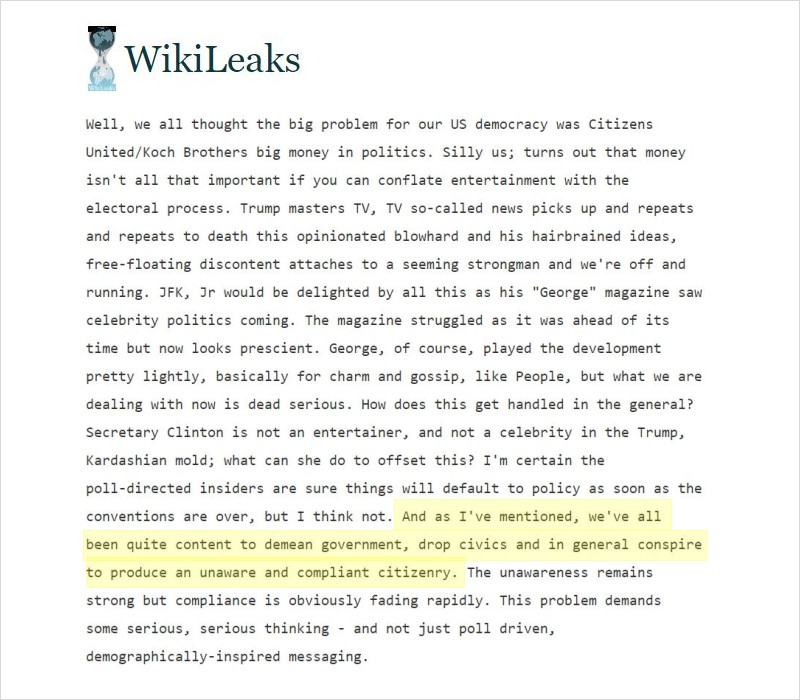 Was trying to decide which post to reply to. I’ll reply to both on this one .

Are you privy do information inside the DOJ ? Can you tell me for a fact those referrals aren’t be investigated as we speak ? Have you looked up the statutory of limitations to be positive that the referrals or charges can never be picked up ?

Let me answer that for you .

As for the impeachment it’s a gift. I’ve said this many times but I knew Trump would be impeached in the house the day after the midterms. All it’s going to do is benefit Trump . Before the nation the vindictive Democrats are exposing their selves for what they are . Have you wondered why the senate hasn’t subpoenaed any witnesses ?

Because they’re going to eviscerate them and expose the petty anger of the dinosaur Democrats for what it is . It’s going to be glorious .


Especially the way they’re conducting it now. The liberals are lost but the independents aren’t that dumb. Enough are going to see through what that piece of Schiff and narcissistic Nancy are up to .

Do you know why you’re not seeing your polls plastered all over the airways anymore ?

Two reasons it’s tightening and people are picking up on the oversampling of Democrats .

Rather than actually wanting to impeach Trump which they know will be futile. I think they’re doing this for a narrative because they know both the IG and Durham’s investigations outcomes are due. They want to be able to say Trump Weaponized the DOJ and you’ll be saying it to .


That is not what you said...lol... but even if??? what are they guilty of? Are you now the judge and jury?

Rather than actually wanting to impeach Trump which they know will be futile.

when the republicans impeached Clinton in the house, do you think they expected him to be found guilty in the senate?

I spent three days playing semantics. I really don’t want to do it again .

Everybody knows the left guilty

Yup your right no conviction yet .


There’s something wrong with Apple . I looked for a Shamrock first but Instead of a four leaf clover they had this ☘️ .

Lmao Thank you for the entertaining reply and a great thread amigo!
Very nice work SnF

So do you think they were wrong for bringing the president up on charges as they saw fit, even though they knew it would not garner a conviction in the Senate?

originally posted by: tinner07
So do you think they were wrong for bringing the president up on charges as they saw fit, even though they knew it would not garner a conviction in the Senate?

I don't. He lied to Congress and should have been removed.

posted on Nov, 16 2019 @ 01:31 PM
link
a reply to: Fallingdown
Did I spark all those questions with one little sentence? Sorry.
let me clarify.... now..those IG reports where they declined to prosecute now...
better.
as for you answering all the questions for me, Thanks!
Now I dont have to bother.

I had a good post for you. But it won’t show up. Is that happening to anybody else lately ? It’s been doing it to me off and on for about a week .
edit on 16-11-2019 by Fallingdown because: (no reason given)


I pick January 20, 2020, during his Inaugural Address. He likes to do things Bigly.

I had a pretty good reply for you but it wouldn’t let me post it. I put it up in the board information thread as an example. I hope someone figures out why it’s happening. I’ve been yelling at my phone so much it thinks I’m mad at it .

Not familiar with that one give me a bump .

He was referring to William Jefferson Clinton if I'm not mistaken.

People see what they want to see. I just show them a picture.

are you saying you know he’s guilty like I did For the left ? ( I just did that to show you how the back-and-forth could go on this) lol


I’m going to give you my honest opinion. I won’t budge from it unless you’ve got something new. Because everything else has been done to death .

So do you think they were wrong for bringing the president up on charges as they saw fit,

Yes they were completely wrong because of the journey it took .

If they hadn’t been threatening impeachment since 2016. I along with a bigger part of the country might have been more receptive .

The democrats poisoned their own well .

Pissed in their own punch

Shot theirself in the foot

Road that wagon till the wheels fell off

Kicked a hole in a rowboat

Drank until she got pretty . But didn’t sober up before the wedding

I’m getting bored pick one . 😁

originally posted by: Gryphon66
I think they will throw you guys a bone this time. If I were betting, I’d put $5 on McCabe. If they keep giving you nothing, you’re going to get wise... McCabe and maybe ... Rosenstein? Comey?

They would be the least controversial from a political aspect. I think most people know they're dirty but they haven't been in it deep enough to have critical information on others like Clapper and Company do, and they are the easiest to manipulate as we've seen already.