That would be under the mindset that our "Votes" matter. I believe it's all predetermined.

IMO, it would be irresponsible to allow the populace to actually choose who becomes POTUS.

This Country is unfortunately full of people that are Stoned, Uninformed and Gullible.

I wish it was up to us..what a Utopia that would be but, It's not.


The Pentagon has teamed up with Raytheon for this project, which seems like it should come straight out of a dystopian science fiction story. The government wants to develop a system capable of delivering genetically modified bacteria underground, according to a report by RT.


“We already know that some bacteria can be programmed to be very good at detecting explosives, but it’s harder underground,” said Raytheon researcher Allison Taggart. “We’re investigating how to transport the reporting bacteria to the required depth underground.”

762
They are ALWAYS watching.
Watch the news re: new drugs coming out [flu/dirt/next?].
What a coincidence.
Q


Thank you. I hope more people will listen. it is a history of how the excutive power evolved and wchy .

Barrs comparison of the word "resistance" to insurgency being language used to describe the rule imposed by an occupying military power describes what is happening now.

You know why...We have to face the underground Leprechaun aliens sooner or later.

It's all about the GOLD...Half Joking


Makes one take a second look at Derinkuyu. 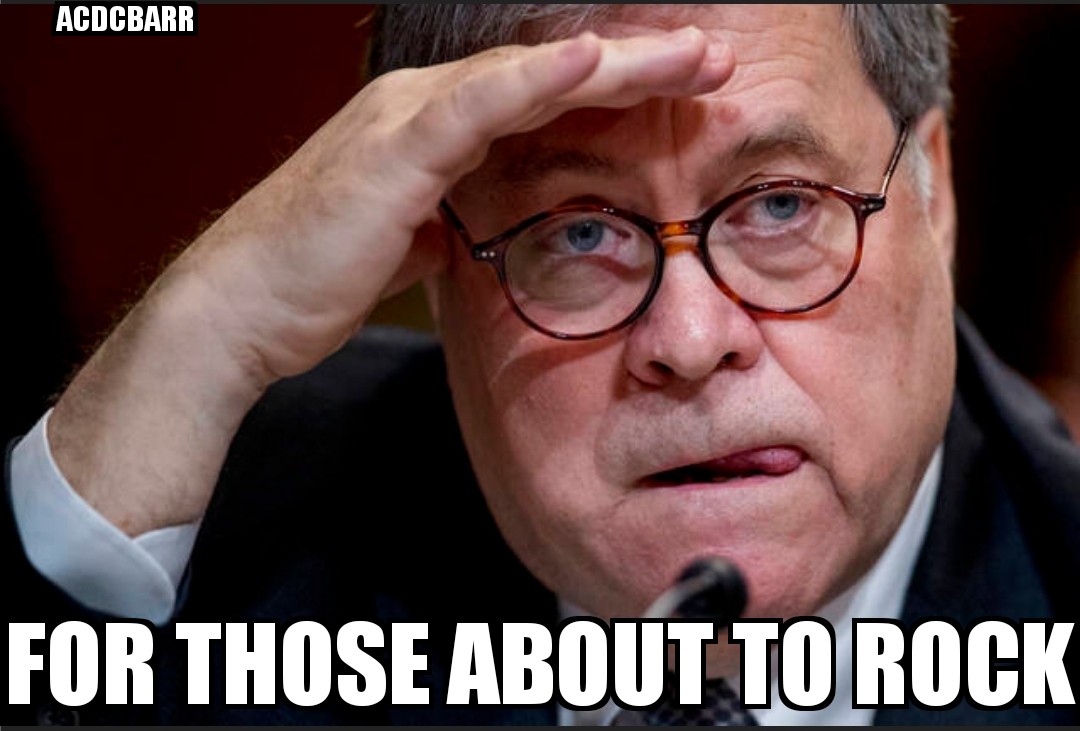 I simply download them to a separate hard drive. I have browser plug-in that displays a download button (w/options) on every YT video.

I've never used it but I seen a plug-in app that allows you to sync (mirror) your YT channel/Library with Bitchute.


Thanks CWM! I watched it and thought that it was a very well laid out speech with a very layman style speak.

I am rewatching it now.

I absolutely know he does. Personally, I think he used that bracketed Y for multiple reasons. He could just as easily have used quotation marks followed by ellipses to begin his quote, but he purposely used the bracketed Y. I think it was either a trolling of Q or a message.

I think something is coming to a head, and he knows it.

posted on Nov, 15 2019 @ 11:35 PM
link
Hey guys bare with me on this one if you can. I either tripped over something or I am reading something completely wrong.
In the last house we rented out here I think it was carewemust that was posting about Hillary and that there was only a short time left of states that she could register for to get into the race.

I was thinking if we knew the states that were left we might be able to figure out where she may make her move from a strategic point of view.

Seeing as my brain wasnt giving me the keyword I wanted to do a search for the states left I came at it from a different direction. I decided to see who has registered already. This is where I ended up: List of registered 2020 presidential candidates

As I scrolled down I came to this section:

Honestly I was shocked to see how many there actually were that had registered. Of course I checked for Clinton not really expecting to see her at all but to my surprise there is a Clinton listed. A Clinton listed to run on the Socialist Party, using the name,"Hillary Quartley."

I didnt think it was possible so I did a quick search on the name and this is where I ended up for that:
About HCQ - Hillary Clinton Quarterly 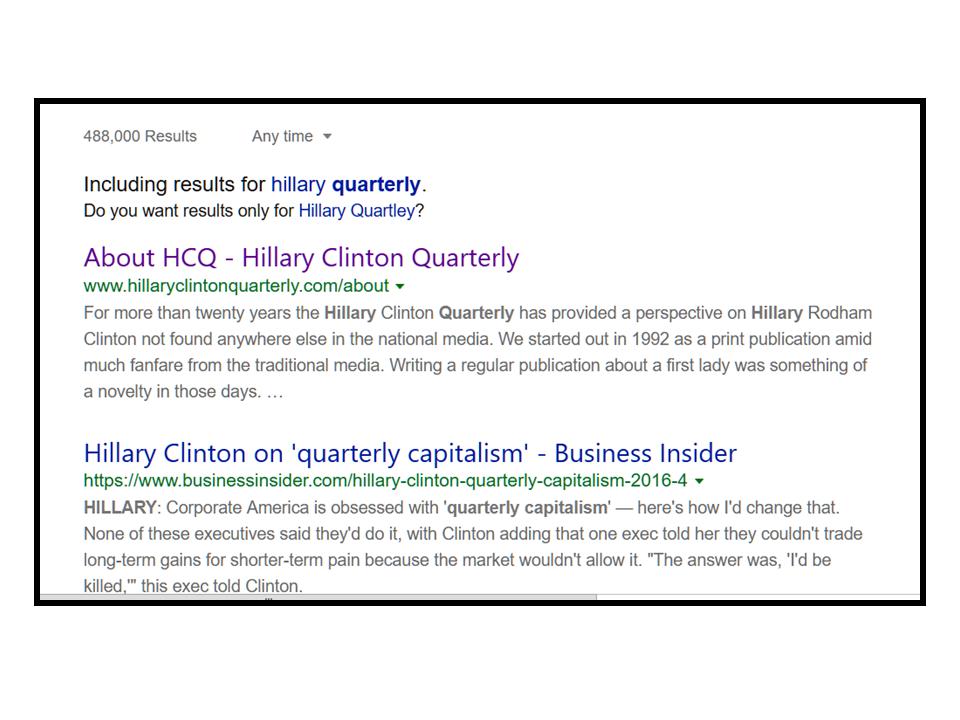 When I clicked on the link though it tells me that account has been suspended. The second link listed works though. That is to an interview she did back in 2016.
A couple snippets from the article: HILLARY: Corporate America is obsessed with 'quarterly capitalism' — here's how I'd change that

This idea broadly argues that American corporate executives have become more focused on seeking short-term gains in exchange for longer-term investments that will more broadly help the economy, but might not show the kind of immediate return to shareholders some investors now demand.

"I am deeply distressed about quarterly capitalism because I think it is causing businesses to make decisions that are not helping the long-term profitability of American corporations or the success of our economy," Clinton said. "And I'm on record for that going back to the time when I was a senator. So I hear that, but the facts don't bear it out."

So clearly this IS her going under this name. If I'm reading it right, she HAS registered.

Would this have to be her name on the ticket since that's what is registered? Is she not expecting anyone to look for that? Or, am I reading this all wrong?

Barr's speech (or a summary of it) is likely spreading like Wildfire this weekend. It's too bad he didn't play his bagpipes on the way to and from the podium. 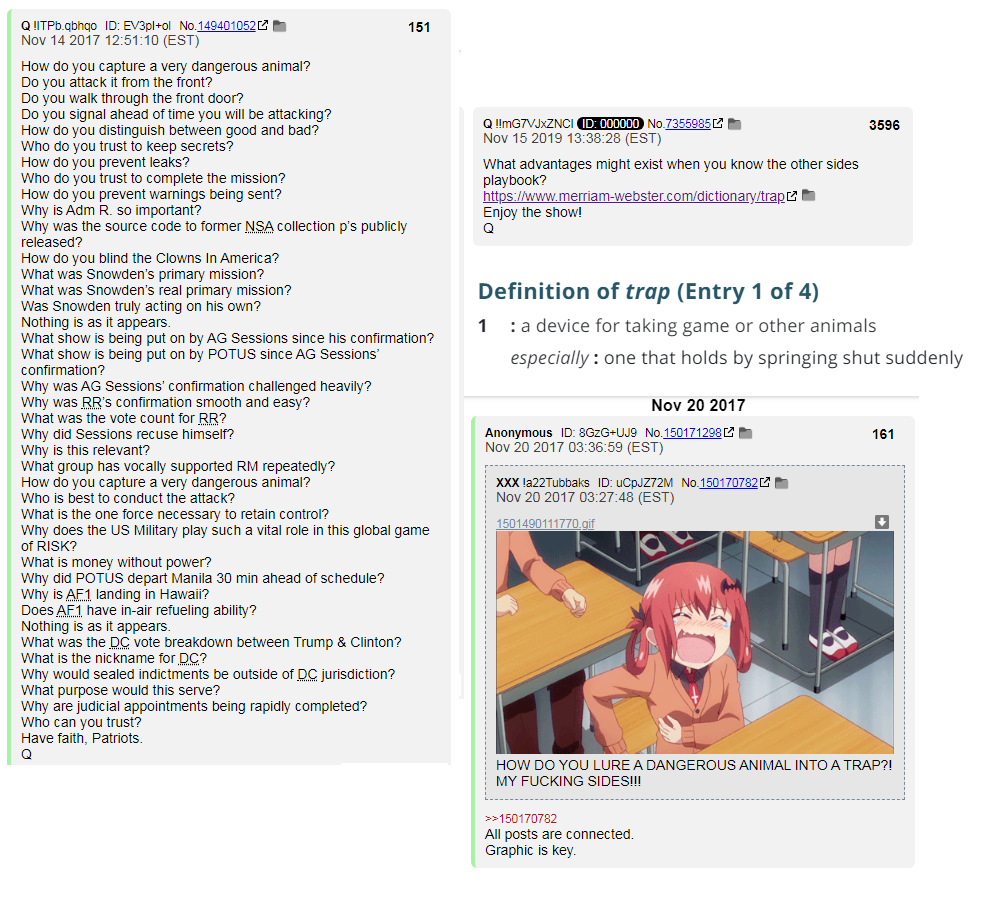