originally posted by: RelSciHistItSufi
Is this a command to take out Q?

Maybe POTUS is using Nancy as an example of why there should be some "fit to serve" rules around dementia?

originally posted by: RelSciHistItSufi
Maybe POTUS is using Nancy as an example of why there should be some "fit to serve" rules around dementia?


Why codify it? It isn't a security issue.


originally posted by: RelSciHistItSufi
Is this a command to take out Q?

Look at the first three: Playing Games Not Go DJ


Why? It doesn't change my point that waiting 2+ years to give the order to "take out Q" sounds illogical.


As representatives of the government, U.S. politicians are tasked with inciting and sustaining the American people’s belief in the system. Their speeches work to reinforce the policy trajectories and ideologies that construct the political paradigms which may last, across presidencies, for decades. This thesis describes and analyses how Barack Obama utilized his presidency to sustain the last great political paradigm to grip America – that of the globalist ‘New World Order’ project (1990 – 2017) established in America under George H. W. Bush – and how he ultimately failed when Donald Trump successfully challenged this paradigm, most markedly within his 2016 presidential debate performance against opponent Hillary Clinton.


Largely as a result, a general paradigm shift has been triggered and is manifesting among the American people; this shift is now being narrated by a new alternative media sector – which includes ‘QAnon’ – which is introducing and promoting political, economic, and occult-based theories such as New World Order Theory, Deep State Theory and Global Oligarchy Theory, which heavily influenced Trump’s successful election campaign. This situation is having a profound effect on the nation as it additionally concerns a broader scientific shift out of the materialist construct of ‘reality’ which has defined the globalist model and into a quantum-based ontological construct; this new model broadly overlaps with the view of reality upheld within the spiritual and religious systems which have traditionally defined the belief structures of the American people.

In short, the current political paradigm shift is a result of a greater consciousness shift unfolding within the United States today, and while a destabilizing time of transition, this is also a period of transformation and great hope

posted on Dec, 30 2019 @ 01:28 PM
link
If anyone decides to read Corney's WaPo piece today, make sure you have a barf bag handy. He's waxing philosophical about the various stages of coping when dealing with Trump's "attacks"...I kid you not. He even numbers them. The link to the article is found in his tweet along with a graphic of him with his finger pointing up. ???? message???? It almost looks like a gun gesture.

This man is a wuss and a scoundrel on top of being a liar and leaker.
edit on 30-12-2019 by queenofswords because: (no reason given)

Thanks for all of the interesting posts lately EMN, I guess I can now forgive you for those robotic immortal nanobot drone bugs! 😁

What I notice mostly is that ideas and concepts💡 that I am pretty sure were generated here within this movement, have leaked out and penetrated the whole of society, but not as a conspiracy theory or “q anon” thing... just a thing.

It’s like the movement that was going on behind the scenes of the last few administrations, congregated here in internet land -but couldn’t become organized and impactful as needed until now.... as if the stage had to be set- and it’s like there needed to be a Symbol for it.... which is where the “Q” part of anon comes in.... but anon=us. Always has been.


Gee James, I wonder why Trump is going after you for no reason???

It's not like you were trying to take Trump out before and even AFTER the election and he was President.

I used to think at the start of all of this that he was just a stupid lackey, following orders from above.

No James is stupid, one could contend treasonous, leaders of taking Trump out.

He gets the same treatment as Brennan, Clapper, and the rest of the Leaders in Obama's White House who cooked up this scheme. 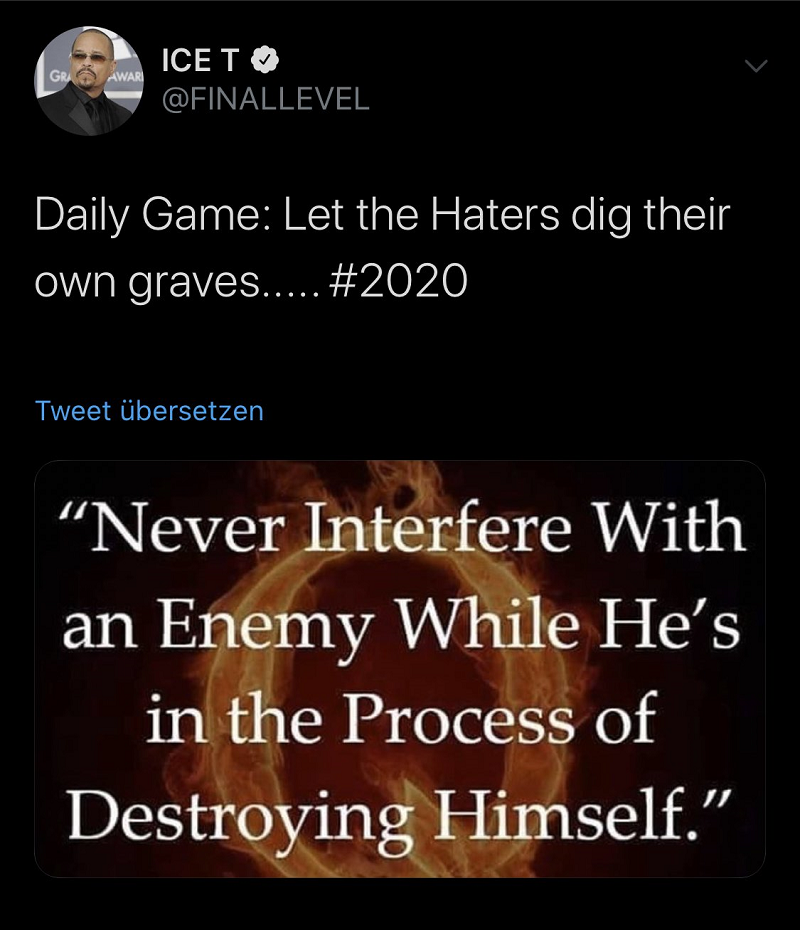 Pavil, if you read the hate-filled article, it will make you even more disgusted with this self-righteous p.o.s. How dare he write such things.

Comey is a sly one. Don't think for an instant he's not fully aware of Q and Q+ posts and the discussions that have been ongoing that have been shining a bright light on the dark putrid swamp he's been a part of.

Sly indeed. Look at his last couple of paragraphs in his "psycological analysis" piece, and you will see his smooth use of Qisms. Is he trying to fool somebody?

edit on 30-12-2019 by queenofswords because: spelling correction

Yeah, he's trolling big time. What he did to Trump was exponentially worse than anything Trump has ever said or done.

posted on Dec, 30 2019 @ 02:09 PM
link
a reply to: RelSciHistItSufi
Not only is it an extreme example but also totally irrelevant to the point I was making about not needing to code that message in a tweet.

Good Lord, Rel! Don't jinx us with that crazy bat!

She is drooling over the thought of occupying the OO.

I read his reverse psycho-analysis trash piece. If he had any sense he would of logged off over a year ago and remained silent.

Jim "Cover-Up" Comey is such a glutton for punishment and apparently revels in any attention from his impeachment obsessed Resistards & Never Trump comrades.

Will he ever realize he's been played like a fiddle in @realDonaldTrump's version of the Grand Ole Opry?
twitter.com...

Since his firing, has he been unemployed all this time; has even sought employment? Guess the multi-million book deal was his retirement cushion. He sure does seem to enjoy embarrassing himself and attracting some mean memes on his twitter acct. Funny, how he never says anything about IG Horowitz nor AG Barr.

It could be a spark