The interview with Chris Wallace and Comey keeps popping in my mind where he says " I trusted the PROCEDURES we put in place over the past 20 yrs. " I999 ? lol... I'm stuck on that being very important.

I don't think it's been de-bunked that somehow these two Patriots really might have saved the Constitution and the Republic through the whole ingenious Post Master " maneuver ", but if that's True, It's impossible that the POTUS's since at least Regan didn't know about it and you would think all those old swamp dogs too. Basically our Country and Constitution were about to be foreclosed on if we defaulted on our loans to " The NWO banking cabal " and they were KNOWINGLY planning for it, or as Corn Pop says, putting " PROCEDURES " in place. Hard to wrap ones brain around how unbelievably diabolical their plan was.

Wouldn't it be awesome if all those billions of trillions of dollars that have been embezzled from the National Treasury were recovered and we paid off all debt. that gave any other Country ,any rights, to our land or resources ( written into some sort of Treasonous " deal " and kept from public ) Then we totally address all the infrastructure issues ( which is good for environment too) here in the USA !

It's interesting that the Dems keep invoking their ' Loyalty ' to the Constitution, lol, but it does say that they believe it matters to their Dem voters still, at least the moderate ones. My New Year's Wish is that all Americans will figure out how Lucky we are to get a second chance and out all these criminals. Then we de-program and re-build and maybe, just maybe, Live in Peace and Happiness.....a girl can dream right ?

originally posted by: Sabrechucker
a reply to: pheonix358
POTUS set a trap with his 1st call being to your Australia and, immediately knowing it was compromised connection.
The intel collected off that one call is amazing.

What amazing intel was collected? I want to read the source where you learned this info. Thanks!

No Source, pure speculation that this call was vital to his personal understanding of how the 5 eyes operated. A presidential training exercise so to speak. 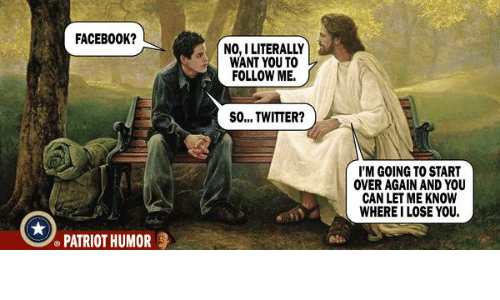 originally posted by: Sabrechucker
a reply to: carewemust
No Source, pure speculation that this call was vital to his personal understanding of how the 5 eyes operated. A presidential training exercise so to speak.

1998? The past 20 years... Comey may be referring to the following policies & directives... which were abused with weaponized illegal FISA warrants.

President Clinton starts spying on citizens 18 years before the FBI did with Crossfire Hurricane. Presidential Decision Directive 62 (PDD-62) signed May 22, 1998. The declassified portion of PDD 62 is available here.

Unlike an Executive Order, a PDD needs no Congressional approval and can remain top secret for 20 years.

The one-two punch giving the federal government the authority to tape and record every internet, phone, and all other communications.


Thank-you for sharing that resource. It looks like we'll have our work cut out for us, if events necessitate that "We The People" have to drain the swamp/clean house.

Welcome to the big leagues Hunter.

"The IRS Placed Lien On Hunter Biden For About $113,000 In Unpaid Taxes From Year He Served On Burisma Board"

That's one of MANY of the " Procedures " EMN, as we've seen over and over, their diabolical net was cast far and wide.


Former US President Barack Obama is now in severe legal jeopardy, because the Russiagate investigation has turned 180 degrees; and he, instead of the current President, Donald Trump, is in its cross-hairs.


The biggest crime that a US President can commit is to try to defeat American democracy (the Constitutional functioning of the US Government) itself, either by working with foreign powers to take it over, or else by working internally within America to sabotage democracy for his or her own personal reasons. Either way, it’s treason (crime that is intended to, and does, endanger the continued functioning of the Constitution itself*), and Mr. Obama is now being actively investigated, as possibly having done this. The Russiagate investigation, which had formerly focused against the current US President, has reversed direction and now targets the prior President. Although he, of course, cannot be removed from office (since he is no longer in office), he is liable under criminal laws, the same as any other American would be, if he committed any crime while he was in office.


The IRS placed a tax lien on Hunter Biden seeking $112,805 in unpaid taxes from 2015, according to records the Daily Caller News Foundation obtained.

The federal agency issued the previously unreported lien in November 2018 and it seeks unpaid taxes for a year in which Biden, the son of former Vice President Joe Biden, served on the boards of the Ukrainian natural gas company Burisma Holdings and the Chinese private equity firm BHR Partners.


Washington, D.C., also placed a tax lien against Hunter and Kathleen Biden for $48,929 in unpaid income taxes for 2015. Records show the city released the lien in August 2017.

Snowball continues to roll
edit on 29-12-2019 by liveandlearn because: (no reason given)


"The IRS Placed Lien On Hunter Biden For About $113,000 In Unpaid Taxes From Year He Served On Burisma Board"

They are good. They tell us the telcoms give them trouble so we'll think they're obeying the law when, in fact, they're not.

posted on Dec, 30 2019 @ 12:15 AM
link
The church shooting today in White Settlement near Ft Worth show 7 men with guns stand up in the congregation

I love my state.

One report I read said the person who shot him, ex FBI, shot when the shooter turned his gun toward another person.

Our governor has made some great changes in law in Texas.

if we need a candidate for 2024 to carry on Trump's work, Gregg Abbot would be the guy.

1) The three words in quotes have NO spaces between them = slowdelayprevent.


It's a long shot but, search with spaces 'slow delay prevent' yields dozens of links all pointing to Alzheimer's & dementia. It's long been rumored a certain person with initials 'NP' may be receiving treatment for it.