posted on Dec, 23 2019 @ 10:54 AM
link
a reply to: LanceCorvette
Yawn.
That's just an academic exercise unless the defendant can prove it.

originally posted by: Trillium
Sky News Au says that the US is set to charge an Epstein conspirator, hints in tweet it might be Maxwell

And yet we (the public) doesn't have a clue where Ghislaine is... someone who was so close to Epstein is well-connected and still (presumably) safe + flying under the radar somewhere

Well in this case, it is easily proved.

Well, just because WE don’t know where she is, doesn’t mean THEY don’t know.

posted on Dec, 23 2019 @ 11:33 AM
link
a reply to: cherokeetroy
Whatever "want" we send out into the universe will return to each of us. The cycle of things to come. What we desire be it for self, or someone else is the result. The desires we have will come into fruition.

Yeah so, for whatever reason I went and pulled up above link...
I couldn't read the whole thing bc it appears to be for sell as a good idea...

...we're having dinner with our evil in-laws and decide to ask them to pass the potatoes, which they hand over the "helm" inadvertently?

OK, this is weird.

Starch or amylum is a polymeric carbohydrate consisting of numerous glucose units joined by glycosidic bonds. This polysaccharide is produced by most green plants as energy storage.
Etymology The word "starch" is from a Germanic root with the meanings "strong, stiff, strengthen, stiffen".[5] Modern German Stärke (strength) is related. The Greek term for starch, "amylon" (ἄμυλον), is also related. It provides the root amyl, which is used as a prefix for several 5-carbon compounds related to or derived from starch (e.g. amyl alcohol).

Intuition leading me, then I cherry pick what I want to convey.

Synergy, is my word of the day today.

Meanwhile Papadopoulos says 'Mifsud is not dead', but he's not offering any proof to the contrary.

Does Durham know? If Italian authorities really wanted to find Joseph Mifsud, he would already be in the hands of Durham.
Is Mifsud in WitSec? Has he gone underground, protected by Brennan?

Maybe PapaDop & Tom Arnold are forming a crack commando team to go extract him from a Brennan black site... 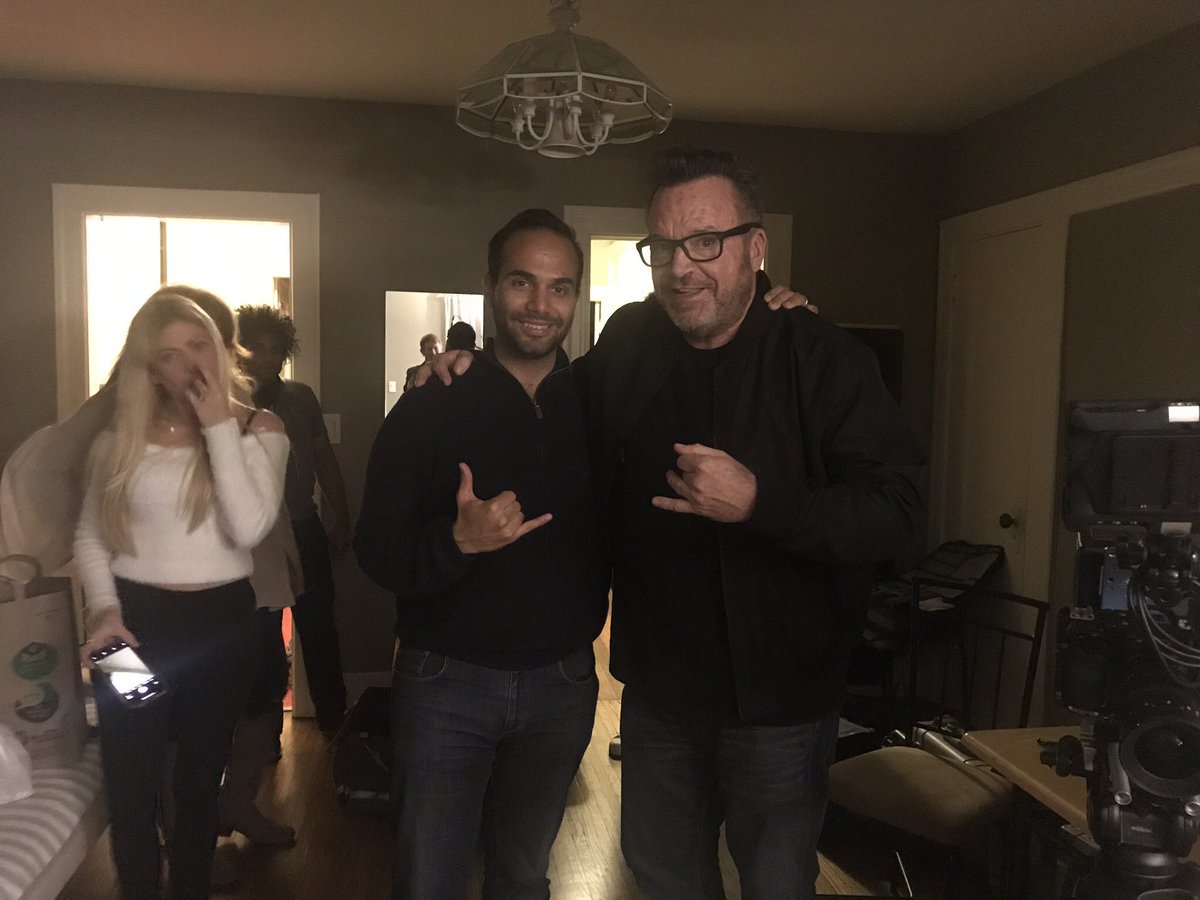 ........There is a problem, because [Alex] Acosta in 2008, the reason that Epstein didn’t get any time and got a non-prosecution agreement was because of the intelligence agencies involvement with Epstein, and the two Maxwells, in Israel. I know that for a fact from Epstein.
What you write [in Epstein: Dead Men Tell No Tales] is true. Matter of fact, I have been asked by many others about the spying, and I would never comment on the spying. I didn’t want to get ahead of this. But you have now created the platform. Your story is true.
It is the truth. There’s no question. What you write is true. I am an eyewitness.....


Dec 23 2019 11:28:05 (EST)
www.breitbart.com...📁
www.breitbart.com...📁
Important to read and understand.
Why do [D]s want to flood the US w/ illegal immigrants?
This is not another [4] year election.
Our democracy is at stake.
POWER & CONTROL.
Do not mistake this backchannel [tool] as a means to be complacent.
Fight! Fight! Fight!
Your voice and your vote matters.
Q


Dec 23 2019 11:48:57 (EST)
www.youtube.com...📁
Watch and listen carefully.
[D]s threaten and cull 'independently elected' officials to fall-in-line [follow orders] or face being ousted?
Who controls the [D] party?
Who really controls the [D] party?
Threat: If a major political party can be [controlled] does that represent a clear and present danger to the United States of America?
[GS]
Q

Why is this image the most powerful image in the last three years for me? 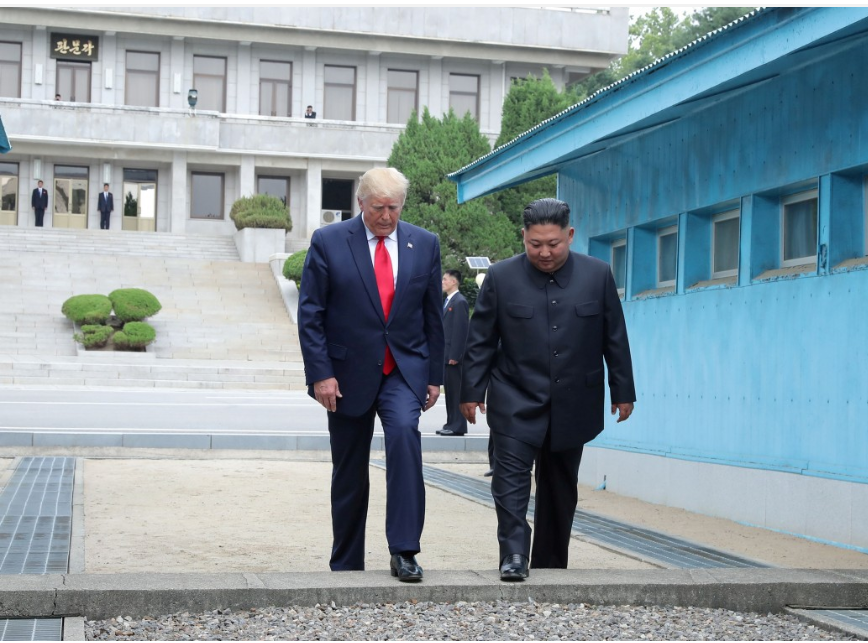 Doug Wead said that DJT asked renOgade what the biggest challenge he would face was. renOgade said DJT WILL go to war with NK. Why say this? Because it was planned - wars are not random acts of pettiness but systematic human sacrifices created to maximize short and long term pain and suffering.

If one thing has been exposed via Q, it is that all this human/child sacrificing is NOT being done to invoke peace, and attempts to stop the sacrifices alone is an Act of War.

When DJT first took office how many articles and teeeveee segments were devoted to NK and how DJT was an idiot who couldn't handle NK. Clapper demanded DJT NOT speak with Kim directly but send someone else to do it because that is "how it is done" (presumably someone of Clapper's choosing). Why say this? Because war was planned - global war and a complete reset of all the component parts. 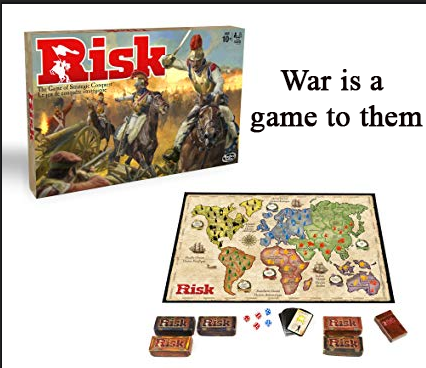 Every name we know takes orders from another above, all answering to the unseen. The unseen not only want war, they demand it. They like to see us suffer, fight, bleed, and experience the maximum amount of pain possible and they mind control "excuses" for the suffering under religion, money, political or cultural ideology, even just "regime change".

Every single step the White Hats take to end the perpetual war system is an attack on the unseen, which is an Act of War. Every effort made to create Peace Is War. That is not Orwellian speak, but fact.

Given that POV, one can see how Ukraine is the focal point. The sequence of WWIII would have put Ukraine & Russia in the strategic middle. Removing NK, removing Iran, removing Ukraine from the WWIII equation is actually part of the Battles Within The War.

Why did Pelosi visit NK, why did she sell weapons? Doesn't it make sense she's livid that peace means those weapons go unused?

If she aided in the plans for WWIII and was stopped by DJT meeting with Kim, wasn't that meeting an Act Of War?

Back to Doug. DJT asked renOgade why he hadn't called Kim, to which renOgade said he was a dictator and you don't call dictators. Wait what? Why? Because to do so would be an Act Of War if that call was intended to create peace... global peace.

Mirrors. Everything is upside down here. Why do we "desire" so much for peace but can't have it? Because that desire is an ACT OF WAR to the Controllers and their minions!

This is a polarity realm, where polarities are not always as they are defined. War and Peace are polarity points, one cannot exist without the other as a reference point - this fact keeps the war mongers in place as our desire/actions for peace are just what the War Mongers need for their Polarity Point to stay in place. 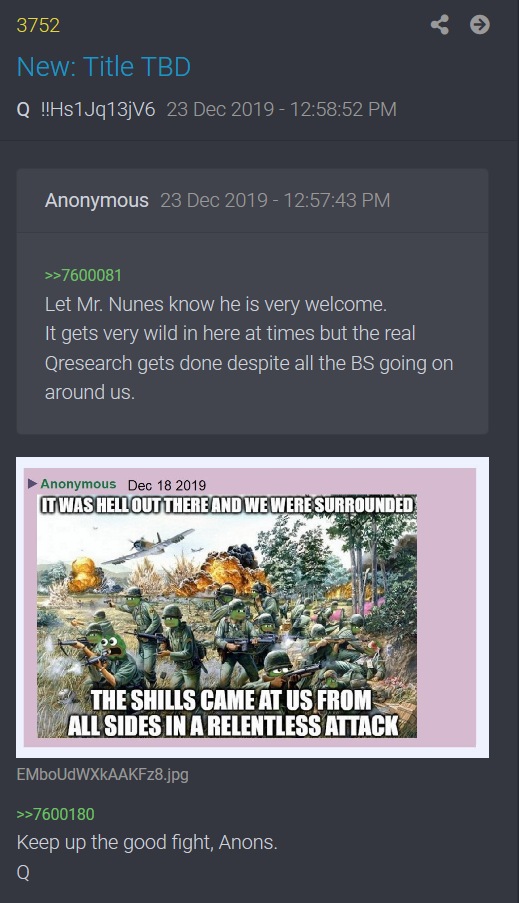 I do not care one rats hair what a few "historians" will write in their books in one week let alone 100 years. If folks are doing this, however one defines "this," for posterity they are beyond ignorant.

I have yet to wake up on all my years and find some "solace" in a history book. I breath today, I live today, I exist today, I am today and I'd be a complete loon to incorporate some scholar's interpretation of past political events he/she was not a part of in my personal NOW.

Since DJT took office the "threat" of SF being nuked is gone. In 2020 NK/SK will end their "war" and will be unified (already done btw). The lives of those people alone have changed in ways some "historian" cannot make sense of in a 350 page book.

Considering the Previous presidential administration campaigned strongly on an anti war stance - and ended up being at WAR for every day for 8 years - setting a record - The Contrast is palpable... His Story indeed
IMO

If that were Obama walking into North Korea with Kimg Jong Un, there would have been a parade for him in NYC, and the image would still be rotating to the front page of liberal MSM websites every so often.

originally posted by: FlyingFox
a reply to: LanceCorvette
Yawn.
That's just an academic exercise unless the defendant can prove it.

It happens all the time across the country, every day.

You can choose to give up without trying. Others will continue the fight for your rights. 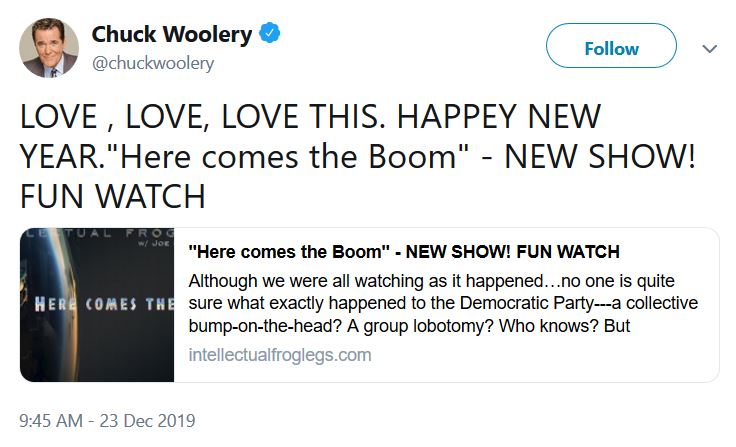 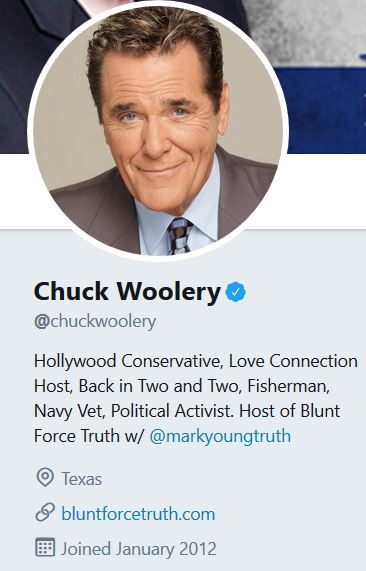 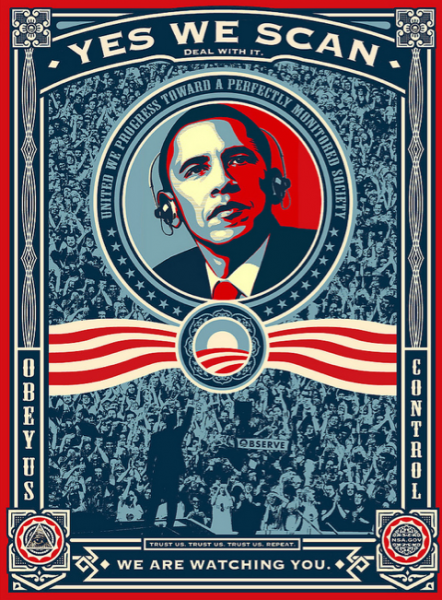 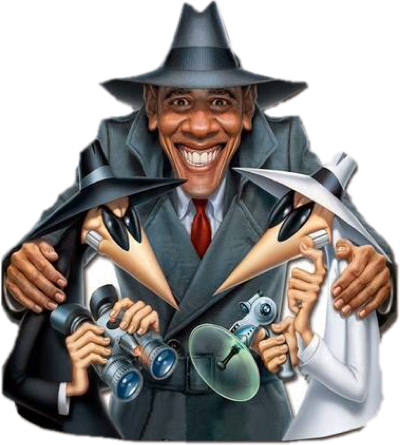 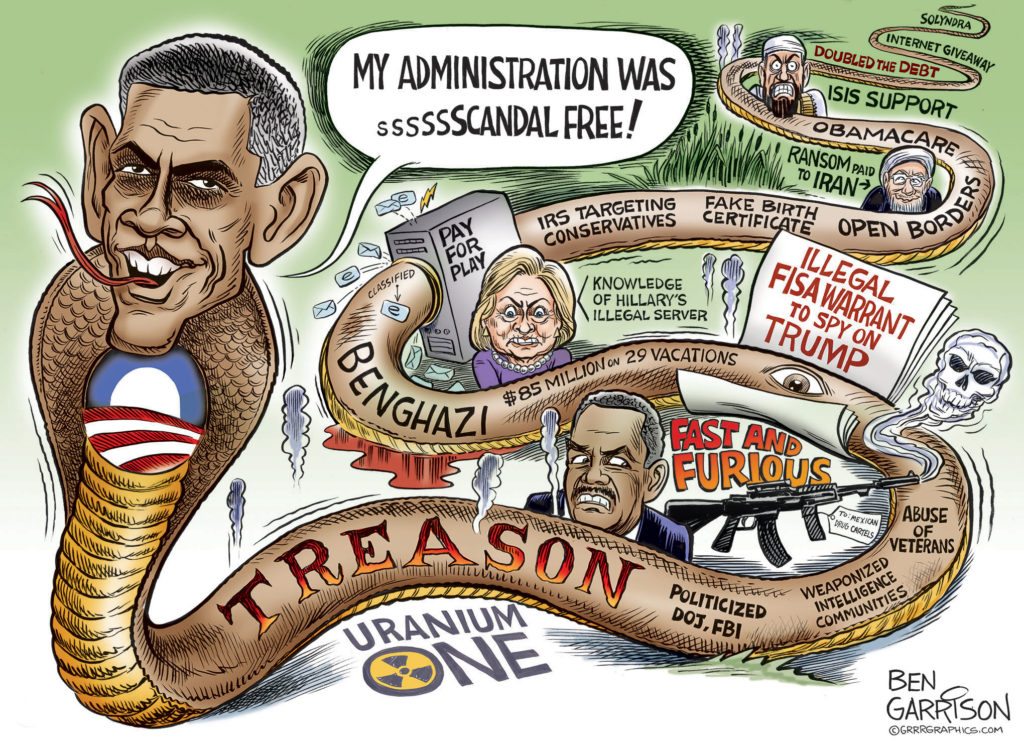 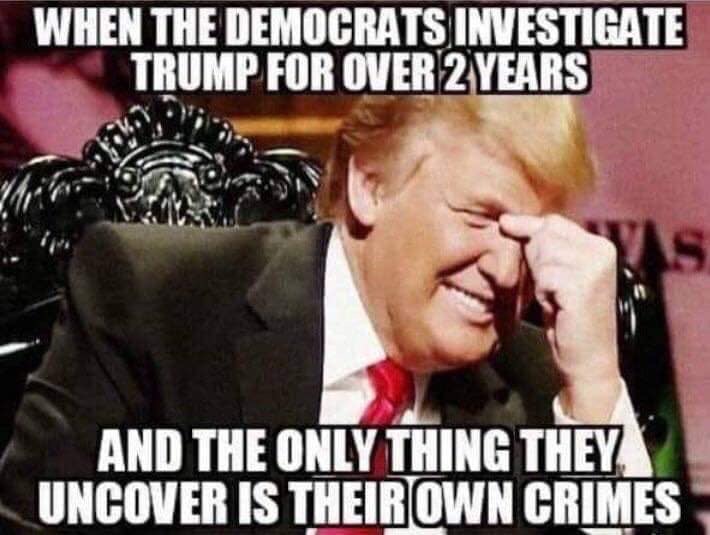 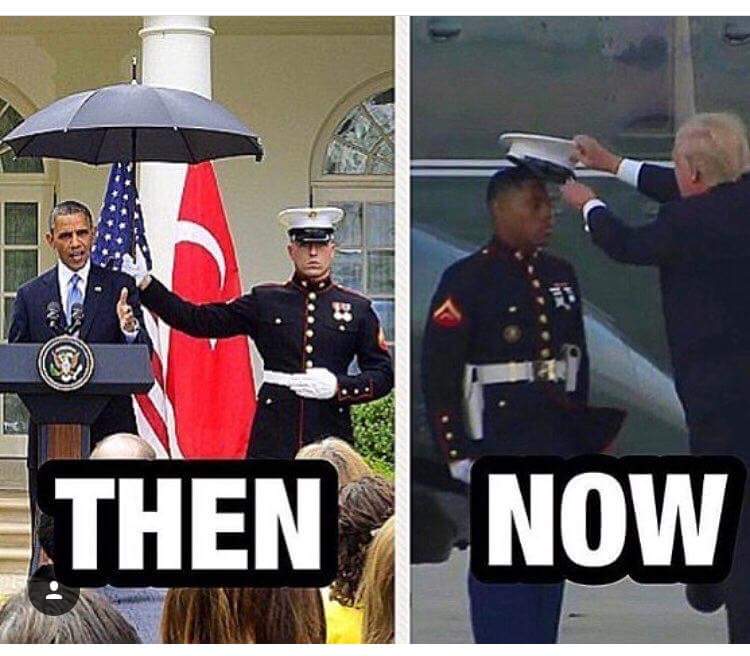 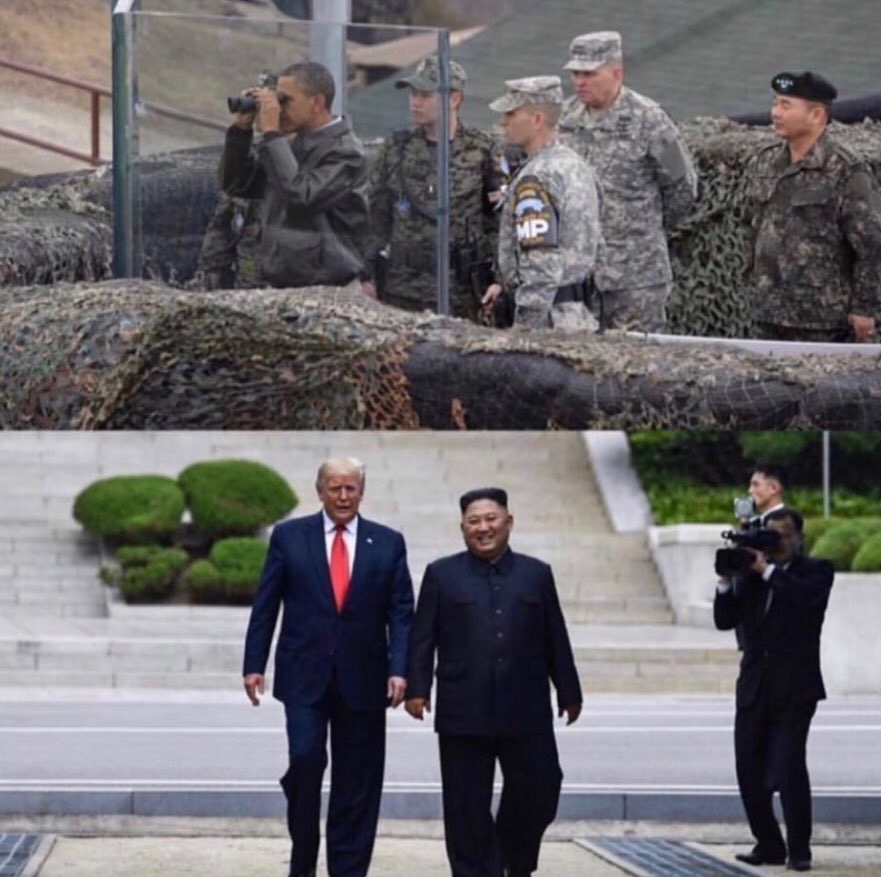 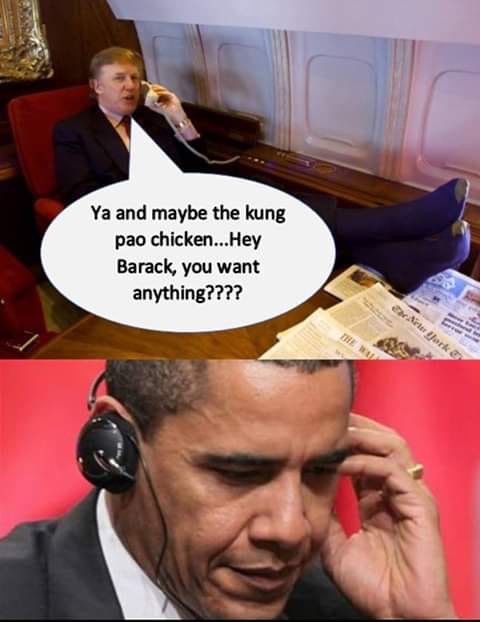 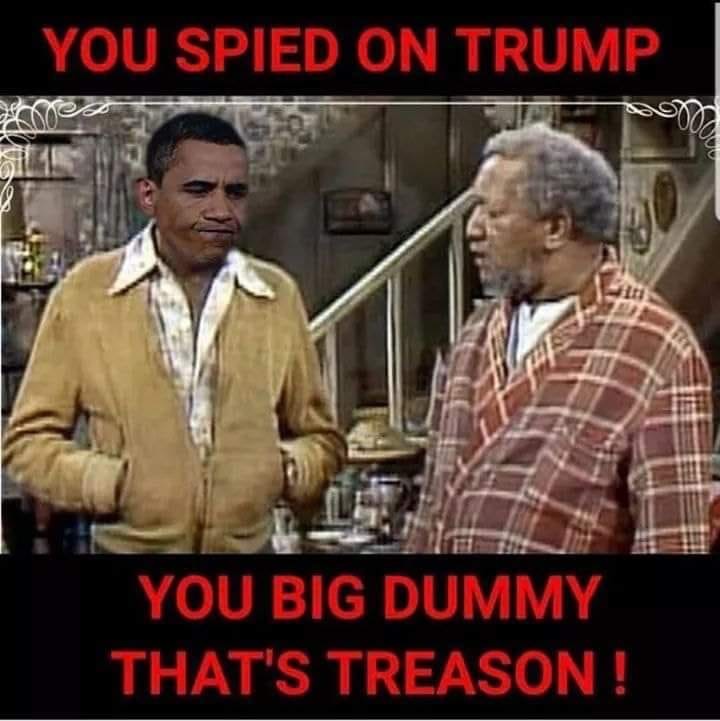 I can’t wait for renegade to try and explain his way out of his crimes! 😂🤡🍿🐇👀🇺🇸

Re the picture in Q3752... the date next to "Anonymous" has been photoshopped in. Why?


Could it be because: