originally posted by: liveandlearn
i am not usually interested in space tech video's but this one has me fascinated and worried.


That general is an excellent speaker and he has some serious credentials.

I was wowed by his statement that the technology to transport a human being from anywhere on the planet to another place in less than hour already exists. Has for some time even. We are just not utilizing it. Maybe a retired general is only allowed to divulge only so much due to security classifications of the information.

I have always believed that free energy was possible, so I was not surprised...Just felt good having him confirm it. I can imagine the energy industry and information tech companies would love to stymie this for financial reasons. I am sure they wouldn't want mankind to stop sucking off the teats of our oil/gas dependency. He also says that most of our electorate has no idea about most of this stuff. Maybe that's why the wealthy elites are always funding and backing more and more airheads into congressional positions....

At any rate, this was an excellent video. Thanks so much.
There's always new stuff to learn in these Q threads.

Yep. This has been played out on us since the 1980's. More new kool-aid to justify the Defense contractors $$$$ in Space.
Space Force is all about War. Don't kid yourself. It's a branch of the Military. This is the 21st Century Cold War and Space is the next frontier. God only knows what they already have up there from Reagan's Star Wars or... Skynet about to go online.

Agree we should pay attention but what I'm getting at is don't put too much stock in what you hear coming from high ranking military officers... unless they're your drinking buddy. Not joking. They only tell one side. I think DJT has been hoodwinked or is in on it. Regardless, there is plus and negative side.

I trust what I hear coming from 2 relatives who worked for Lockheed Skunkworks for over 20 years.

Granted there are things that we definitely do not know about in the Space Defense program or Space travel but those Generals & former military who go on tv and give lectures really don't know much beyond what is open sourced. It's all about the $$$ to them.
My opinion based on what I know & believe for now. I respect yours as well.

A complete shift in timeline/events for a select group of individuals that has a cascading effect down the line of reality. Part of destroying this cabal is mending the timeline by erasing the crimes from humanity all together using time travel.


The events changed only represent expressions into forked alternative realities that actually don't change our history or understanding of history. IS-BEs experience the dimensions themselves and only in the Matrix are IS-BE experiences shared.


When time is altered it doesn't effect other IS-BEs globally. Only when the decision truly is global. Many uses of time traveling gravitational wave byproducts are the result of military operations. These gravitational waves are the waves rolling in for the Great Awakening.


A literal and physical rise in global consciousness that will enable humanity to heal from the past and take charge of their future. Only if enough of you want it. The movement has reached a massive level of power that none of [them] realized. Full PANIC MODE.


Trust but verify. These gravitational waves can be focused on during meditation and if meditation and frequency alignment occur during a wave interference (more common than you may realize) you can get a shift of consciousness perception that will literally unlock information.

originally posted by: EndtheMadnessNow
Surveillance footage outside of Jeffrey Epstein’s cell during suicide attempt is missing


Now they find it.

The missing footage of the outside of Jeffrey Epstein’s cell at Manhattan’s Metropolitan Correctional Center during his suicide attempt reappeared Thursday — a day after prosecutors said it hadn’t been preserved.


well, we do know they practice Magick and other slick tricks . . . I've even heard they use blood to make the 'slick' bits or as a general slickant
edit on 20-12-2019 by JohnnyJetson because: fairness and accountability, transparency in a word

These are people from the third planet of our solar system with just one moon?
Sorry for the confusion, I seem to remember Billy Meier claiming some people come from an Earth where there is a second moon inhabited by cows and Tracy's rock.

I don't have enough info to get into the details, all I know for certain is we haven't been told the truth


originally posted by: EndtheMadnessNow
Surveillance footage outside of Jeffrey Epstein’s cell during suicide attempt is missing

well, we do know they practice Magick and other slick tricks . . . I've even heard they use blood to make the 'slick' bits or as a general slickant

posted on Dec, 20 2019 @ 11:38 PM
link
WOW flashback or what
Anybody ever get the feeling that some of Donald's tweets from 2012-ish were part of the timewarp aspect of this discovery process? Take a look… 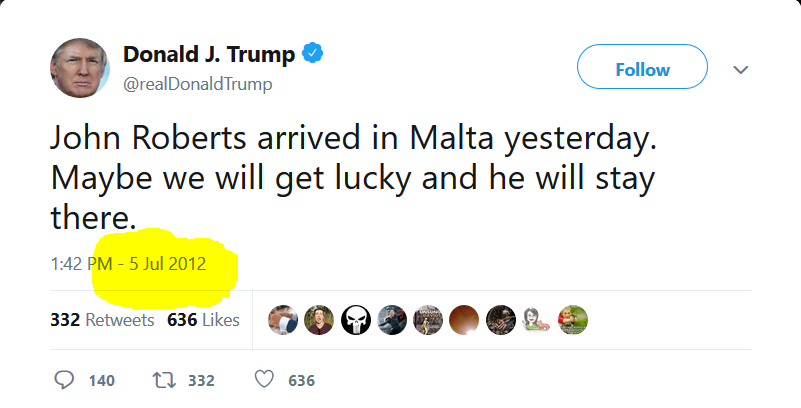 John Roberts arrived in Malta yesterday. Maybe we will get lucky and he will stay there.
I think my mind just quaked a bit.

If they're navigating without [accurate] GPS, then yeah, reckoning on magnetic north has to be problematic these days ... especially if something wonky is going on with the magnetic pole behavior.

Answer: "You mean now, or five minutes ago?"

From looking at graphs etc it doesn't appear a quick nudge and rebound of say a days length would even be noticed unless continuously monitered now.


originally posted by: F2d5thCavv2
a reply to: MindBodySpiritComplex
Those darned Chinese communists were spoofing the GPS signals again ... kidding ... but something like that may have been the cause.


They must have the same GPS system the US Navy has.


originally posted by: MindBodySpiritComplex
a reply to: F2d5thCavv2
I was indeed reminded of the Norwegian frigate collision and several Arleigh Burke class destroyer incidents.


(1997) Media baron Elliot Carver begins his plans to use an encoder obtained at the bazaar by his henchman, cyberterrorist Henry Gupta, to provoke war between China and the UK. Meaconing the GPS signal using the encoder, Gupta sends the frigate HMS Devonshire off-course into Chinese-held waters in the South China Sea, where Carver's stealth ship, commanded by Mr. Stamper, ambushes it – sinking it in the process – and steals one of its missiles, while shooting down a Chinese J-7 fighter jet investigating the scene and killing off the Devonshire's survivors with Chinese weaponry

Interesting. May be time for more granular data collection.

Nice one, FF. Most people give a very blank stare when they hear the word 'meaconing'.

Context is important in many of President Trump's tweets. Justice Roberts had just sided with the Supreme Court's liberal Justices to uphold the Affordable Care Act.


Chief Justice John Roberts arrived at the Valletta campus of the University of Malta on July 3, 2012, to teach a class on Supreme Court history. As he emerged from the back seat of a black sedan, he held his brown leather briefcase in front of him, almost as a shield. He wore a blue blazer, striped button-down shirt, and tan khakis. His clothes looked crisp, though his face was haggard. He was as exhausted and distressed as he had been in years.

Roberts had left behind a storm in Washington over his opinion upholding President Barack Obama's health-care overhaul -- the Affordable Care Act -- a stunning validation of Obama's signature domestic achievement that transformed public perceptions of the chief justice.

posted on Dec, 21 2019 @ 12:25 AM
link
So the FISC issues an order on Clinesmith, and today Clinesmith retires or was his ass fired from gov't?? The FISC is going to review every case Clinesmith ever touched. That may bring some quakin Kabooms!

Sounds like the FISC is worried more about every warrant they've issued over the last 35 years or so. 💣😂 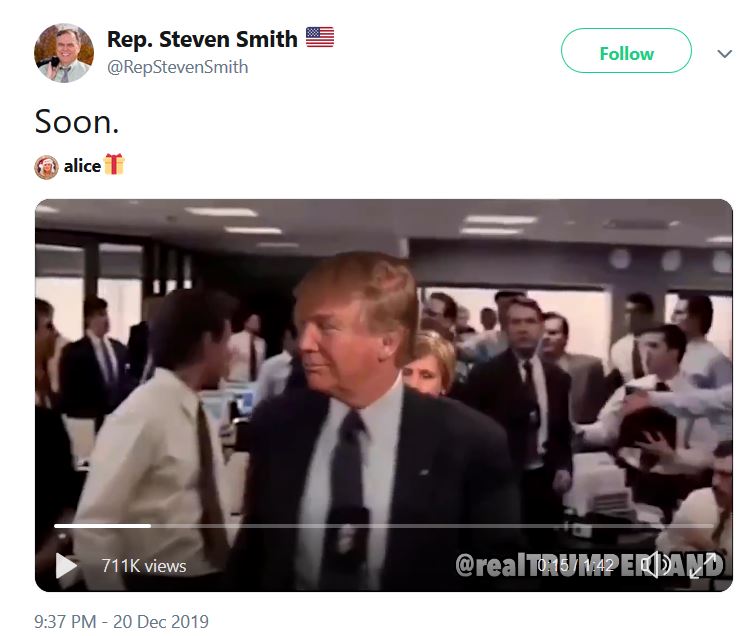 originally posted by: carewemust
Edit to add: Looks like FBI Director JAMES COMEY was in charge of the illegal operation.

Clapper may have relied upon an assertion from someone like Comey to make him believe 0Bama ordered it or controlled it.
You know how cops are with the weak-minded. That's how I would have gained his compliance.

That 007 version of "Bond" approves of Pres Trump.