I'll highlight the most important part.

Notice how in particular the C_NN Clone-bot with the glasses emphatically needs EVERYONE to accept what it says - demands it. Notice how IT's a last worder.

Notice how god himself could appear on that show and "the 'crime fighting agencies' say so god, so shut the hell up with your word of god stuff..." would be IT's entire M.O.

It will never mea culpa, It will never be about balance, or unity or truth as It was born of a need to control minds and minds it controls. The sooner it dies the better for all.

How can people NOT hate that Clone-bot being their agent of "information?"

originally posted by: Quadrivium
a reply to: crankyoldman
Not assuming your faith but can you do me a favor?
Read the book of Daniel if you have not. Read Revolations.
When Q says this will be BIBLICAL I honestly believe he means just that.
It will be BIBLICAL.

Amen Quad. these are the points and direction I was attempting to make in earlier threads.

I struggle now and don`t post much and read and try to follow along with what I can, i`m also dealing with a serious medical condition dystonia which is linked with Parkinson's disease ( neurological brain disease) and i`m getting worse as days go on, which makes it even harder to red pill "normies". Prayers have gone out already for those also doing it rough.

But at least I was able to red pill my father in law after a while, who now is a big follower of Q where everyone he tries to talk about these things to thinks he`s off his rocker as well.

Good to have you around Brother. 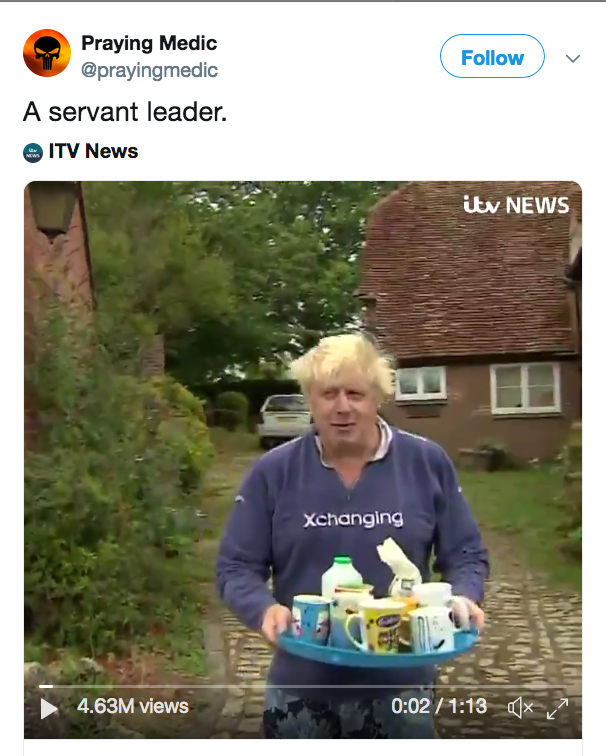 My Father is dealing with Parkinson's..Brutal to watch. Prayers to you!

So sorry to hear about your illmess. Prayers for you and your family.
I am not the Christian I once was, but as we all are; I am still a work in the Potters hands.
edit on 14-12-2019 by Quadrivium because: (no reason given)

Ha, glad you asked- always wanted to share this guy but never found a good time. Anybody who has any feedback feel free to PM me! .

Chuck Missler had a remarkable 30-year executive career. He received a Congressional appointment to the United States Naval Academy at Annapolis and was a former Branch Chief of the Dept. of Guided Missiles.

Chuck made the transition from the military to the private sector when he became a systems engineer with TRW, a large aerospace firm. He then went on to serve as a senior analyst with a non-profit think tank where he conducted projects for the intelligence community and the Department of Defense.

During that time, Chuck earned a master's degree in engineering at UCLA, supplementing previous graduate work in applied mathematics, advanced statistics and information sciences. From there Chuck was recruited into senior management at the Ford Motor Company. Chuck has served on the Board of Directors of 12 public companies and was CEO of 6 of them.

For twenty years, Chuck balanced his high-profile corporate career with his teaching commitment to a weekly Bible study at Calvary Chapel Costa Mesa in Southern California. Chuck has written over 30 books, and now Koinonia House is able to reach tens of thousands through its monthly newsletter, radio shows, Bible study materials, and conferences. More than eight million Bible study resources have been distributed in the U.S. and over 35 countries around the world.

I’ve always wanted to get peoples opinion on this guy. I can’t “debunk” him or find any of the repeating ties one usually finds, and he has been in positions that make me go “hmmm”

Also I know personal experience opens up the doors of perception re: proximity to the “control system” and so with him having such proximity to some of its players, I sometimes lend my trust to his intent being good, as maybe he “connected the dots” not all of us can see, if you know what I mean?

All of this sounds plausible to me in light of current happenings and uncovered evidence since I’ve listened to this stuff. (I listened to a lot of this guys studies in 2012-2014 era. A lot stuck with me though.

For anyone who may be interested, enjoy! There’s plenty of particle physics and unexplained phenomena discussed, not your typical sermon!

Do you (or any other poster) think the Trump(et) announcement (Dec. 6, 2017) to move our embassy to Jerusalem, and then, the actual opening ceremony on May 14, 2018, exactly 70 years after the State of Israel was established, has any BIBLICAL meaning?

posted on Dec, 14 2019 @ 08:58 PM
link
Depending on your beliefs and what you think you know this video may blow your mind, although some parts will likely be familiar but, if you make it through to the end you may think differently on this Re-ality. His videos are not for everyone.

Commerce - Law of the Sea

DING!DING!DING!
We have a winner folks!
Mr. Missler was a wonderful teacher.
ETA: everything he taught was referenced 2 to 3 times in the bible. He also showed many of the mistakes made when translating Hebrew to English .
edit on 14-12-2019 by Quadrivium because: (no reason given)

Nobody watching CNN. They’ve gone “fake” and now fully embrace it as a strategy.

They’ve been branded by POTUS Trump and now wear the scarlet letter “F”.

Grit could start a tv network and out perform CNN.

Scope and size far greater than you can imagine. 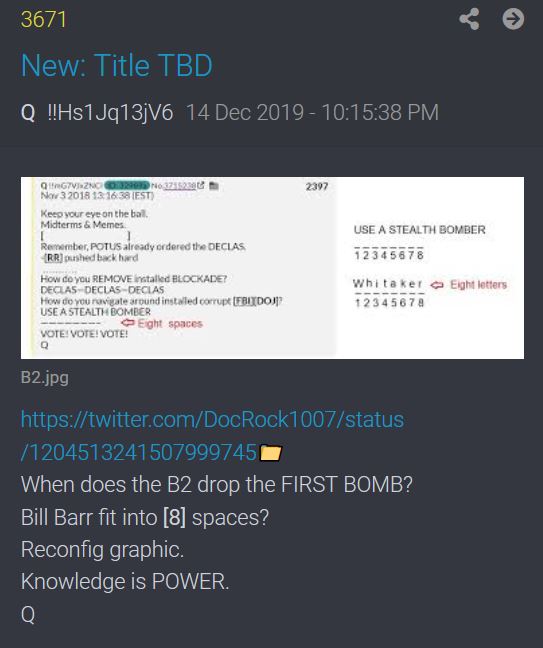 Ref Something you mentioned earlier, Bet you like the background

This is very conCERNing..It may explain why each day seems shorter than the last. I am running on a 19 hour a day cycle.

If the following report is to be believed, a physicist from CERN named Dr. Edward Mantill, a specialist in particle and subatomic research who studies “very very small” particle interaction, was involved in an incident at CERN on January 15, 2014 that may have secretly changed reality as we know it.

Most of you who have heard of CERN will have heard of the LHC (Large Hadron Collider) the largest scientific instrument which exceeds 20 miles in diameter and travels under the sovereign territory of two countries (Switzerland, France). The public has been told that it was constructed at a cost of tens of billions of Euros for the purpose of studying the birth of the universe and the collisions that take place within the collider allow us a quick glimpse at certain phenomenon that can only be witnessed when particles hit one another at incredibly high rates. This is NOT what the machine was designed for, nor is it what the machine has been used for since it’s inception. CERN’s main purpose for building the Collider was too, well it was to open a door way. Allow me to explain: the doorway idea came into fruition in the 1960s.

What did you do...Time never existed in the first place and y'all still F'd it up...

originally posted by: Slichter
a reply to: Trillium 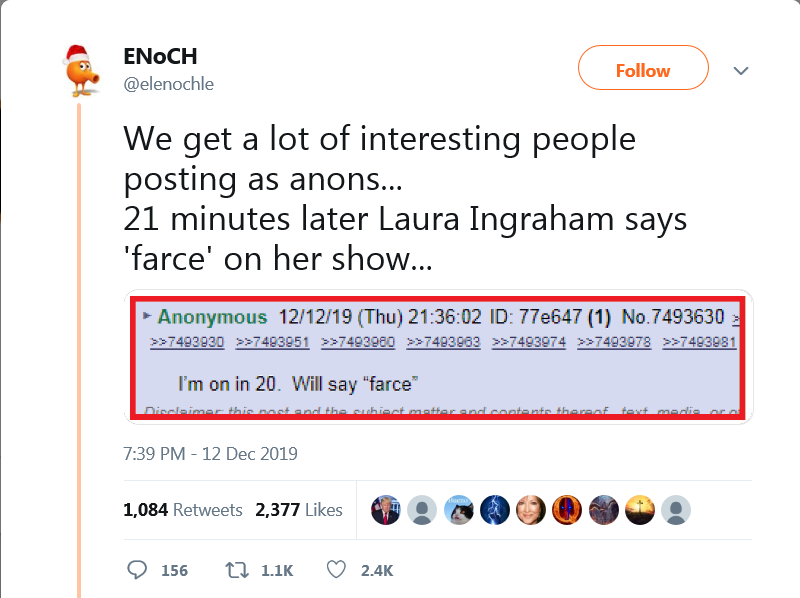 originally posted by: cherokeetroy
a reply to: gps777

Diagnosed with the dystonia condition 6 years ago, no I haven`t, only read last week that I fit the symptoms of Parkinson's to a T minus foot and hand shake. Going to see and talk to someone tomorrow.

Thank you troy, blows my mind just how knowledgeable people are, your more helpful than my GP.

Don`t mean to derail, just letting you guys know I`m still cheering you on from the background mainly.

Thank you all for your kind thoughts.