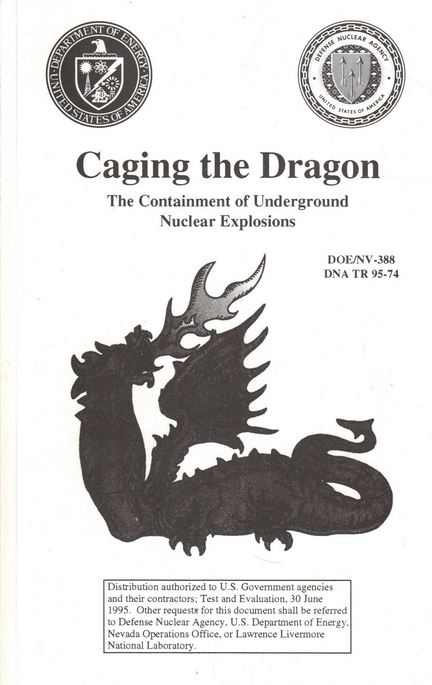 Caging the Dragon, by Carothers [PDF]

Did that Manhole Cover make it into Space?
Did the US beat Russia to space with a manhole cover? The answer to that is still up in the air. 🤔😀 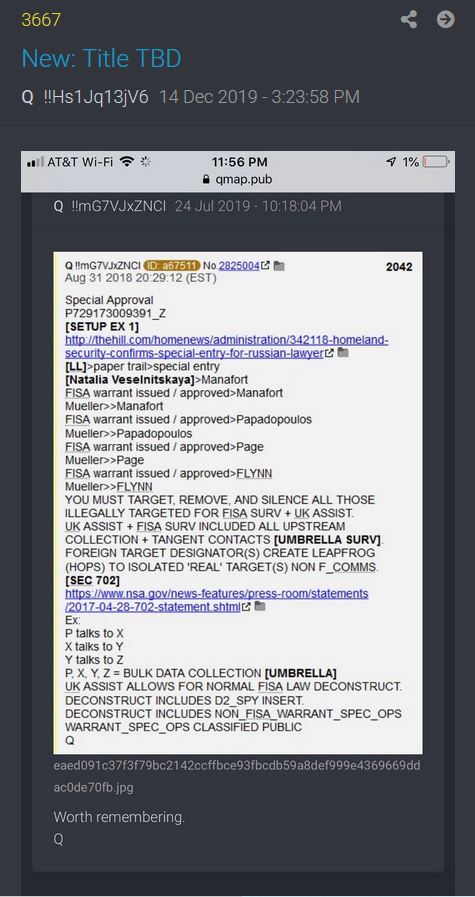 
Dec 14 2019 15:32:20 (EST)
When a B2 bomber is no longer stealth (think public statements made last week) what must that signal?
Planned/coordinated attacks on BARR coming [smear campaign].
Public opinion is important.
Information warfare.
A Traitor's Justice.
Q


In an interview airing on Face the Nation Sunday, the Senate Judiciary Committee chairman said that Giuliani, who is serving as the president’s personal attorney, could appear before his committee separately from the impending Senate impeachment trial.


“Rudy, if you want to come and tell us what you found, I'll be glad to talk to you,” Graham said. “We can look at what Rudy's got and Joe Biden, Hunter Biden and anything else you want to look at after impeachment. But if Rudy wants to come to the Judiciary Committee and testify about what he found, he's welcome to do so.”


Mark. My. Words.....
It is a trap.
It would be best to just vote on the impeachment in the Senate and be done.
Mitch McConnell has said that is what will happen (as of now).
If you open this up to calling witnesses the dems will be able to call their own.
And they WILL LIE LIKE HELL.
edit on 14-12-2019 by Quadrivium because: (no reason given)

As if it wasn't confusing enough... Is it a good thing ? Just an outsider looking in ... Popcorn popping ...

I would be remissive not pointing out

No confusion if you can understand JUST HOW FAR these people will go to get Trump out of office.
Look at the blood lines.
Only one other besides Trump.
This is rigged.
Pure and simple.
We were getting too close.
I see what you are saying but what about the BIG picture?
(Side note: I have been drinking).
Quad


Previously in "Signs and Portents": Octopus vs. bald eagle (in Canada)

This timeline's getting weirder by the minute.

posted on Dec, 14 2019 @ 05:43 PM
link
a reply to: MindBodySpiritComplex
Is it though?
It has been written about millennia ago.
It is just the translation and coping over time that has us confused.

All I've got is memorabilia, air force contract ending in 8554 for the Nevada site which is fairly modern.
Was there a Hamilton sun screen UFO in Australia?

THIS
WILL
BE
BIBLICAL.

posted on Dec, 14 2019 @ 05:47 PM
link
a reply to: PokeyJoe
I think B2 is the Bidens? probably luring Guiliani into a trap..?
To let the FNews write a story that BB said that Guiliani could be a liability to the POTUS?

The true moderate dem is more in line with republican values than current dem values.

In this timely political thriller, CIA special agent Curtis Fitzgerald, scholar Simone Casoloro, and historian Michael Asbury, must race against the clock to find trillions of dollars worth of stolen funds to prevent global economic collapse. Since the end of the Second World War, an elite organization called The Octopus has controlled the funds hidden away in six bank accounts. As the crux of the global economy, the loss of the money threatens to send the world into pure chaos unless it’s retrieved. Fitzgerald, Casoloro, and Asbury find themselves down the rabbit hole of government conspiracies and secret societies in the hunt for the missing riches. Love, betrayal, murder, and deceit play prominently in this novel following in the wake of the ongoing financial crisis.

That is a cogent argument, surely, saying it is a trap. It might have been meant as a trap by the House of Representatives at the start maybe, but currently the Supreme Court won't support the springing of the trap, IMHO, because the majority there has changed sides.

If the perhaps originally-intended trap looks like it is going to be 'sprung', I think, the SCOTUS will disable the trap.

That is the safety valve on the side of the POTUS. I think POTUS has the cards here.

I mean, the impeachment 'offenses' have ended up being such weak, not even felony level accusations, that the trap is a farce.

PS - the executive branch can get the judicial branch involved no matter if both houses of the legislature agree to impeach, if the proceedings aren't lawful, and duh, they sure have been on the edge of 'lawful' at best so far hahahah