originally posted by: cherokeetroy
CEO of NBC Universal to step down


Steve Burke, the CEO of NBCUniversal, will leave his position in 2020, according to Deadline.


Burke has been the CEO at NBCUniversal since 2011, when Comcast acquired the company. He previously had been the Chief Operating Officer at Comcast.

Does his resignation have anything to do with this?
NBC Got Caught Covering Up The Clintons’ Connection To This Sex ScandalI


NBC tried to put a stop to the interview with the woman accusing Weinstein of rape. The network insisted he not use an NBC News crew for the interview, and neither was he to mention his NBC News affiliation. And so that was how Ronan Farrow wound up paying out of his own pocket


At this point, Farrow and McHugh were ready to move forward with the story but were told by NBC executives that the story had to go up to NBC News Chairman Andy Lack for approval and that the story would be under review by Steve Burke, executive vice president of Comcast and president and CEO of NBCUniversal — a highly unusual level of scrutiny, according to three NBC News staffers, who had never heard of Burke’s office needing to review a story.


CNN producer resigning due to misconduct claims too.

posted on Dec, 12 2019 @ 11:58 PM
link
Nadler has abruptly postponed the impeachment vote! The man is nuts. Collins is furious. He is the ranking member and was not consulted. What a #show.

"It is now very late at night," Nadler said shortly before midnight. "I want the members on both sides of aisle to think about what has happened over these last two days, and to search their consciences before we cast their final votes. Therefore, the committee will now stand in recess until tomorrow morning at 10 a.m., at which point I will move to divide the question so that each of us may have the opportunity to cast up-or-down votes on each of the articles of impeachment, and let history be our judge."

Mensa candidates they are not. The entire judiciary committee members on the Dem side have blown my mind today with their utter imbecility. They are still pushing debunked lies, seeing things that aren't there, and creating stupid stories to make some point. Do they actually think the American people are that stupid?

Hank Johnson and Sheila Jackson Lee should take their schtick on the road. Swallowswell could be their goofy dumb-looking sidekick that says asinine things at the wrong time. I'm sure they could find a spot for Nadler, too. Cartoon characters--all of them.

I just have to laugh at them no matter what comes out of their vile mouths. The new comedy central.

Operation Alice in Wonderland: The Power of Applied Confusion is now fully activated.

Nothing needs to make sense anymore from them... pure confusion theatre.

That was one of my favorites too. It was worth firing back up. After all it was a time warp situation. The writers could have another time warp or dimensional issue that takes in the new Quantum Physics as part of the story. Much better than pondering how many treasonous bastards we have trying to destroy the US from within for our enemies without. 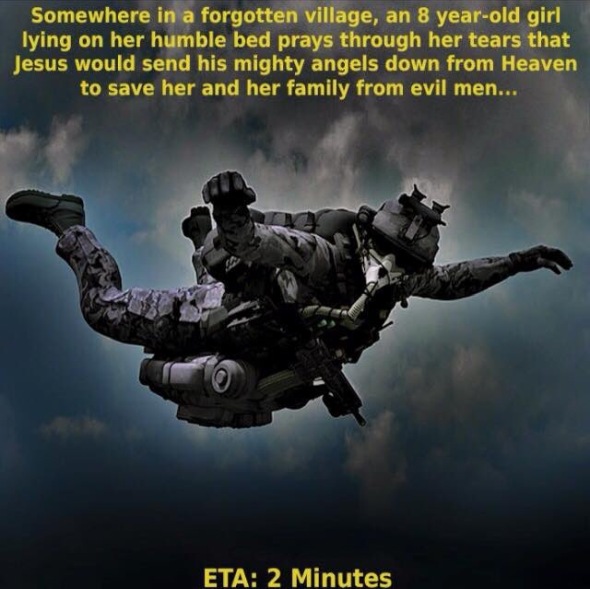 Now this is one powerful meme. That is what this amounts to for the Yadzidi sex slave kids. They prayed to God to send his angels and God sent a Lightening Bolt to deliver the Angel.

a new plane of reality has been discovered, and the elites have been the keepers to this place.

Can’t be opened without the keys


Gatekeepers that have opened Pandora's box it seems.

True, but I am pretty sure that was a law until FDR, another famous progressive in the Democrat party, supposedly was needed for the Great Depression. After he died, there was a never again attitude. DJT surely is fighting and ideological war and we are too. We are all in a world war now that is about 80 years from being started on the US. UK and the Europe. Most on western TV are fighting for the globalist and it's is working somewhat to brainwash the masses of western society.

posted on Dec, 13 2019 @ 01:00 AM
link
US Imposes Sanctions on Son of Nicaragua’s President Amid Anti-Government Protests


The United States imposed sanctions on another son of Nicaraguan President Daniel Ortega, Rafael, on Thursday, accusing him of money laundering and corruption, in the latest effort by Washington to put pressure on the leftist government.


The other day Rush Limbaugh said he believes Trump is on a mission from God to destroy the world-wide deep state organized crime at the highest levels.
DJT has been slapping countries left, right, and center with sanction after sanction. So, tomorrow (Friday) he's meeting with the President Mario Abdo Benítez of the Republic of Paraguay and one of the main topics will be discussing trade and ways to counter international criminal organizations.

Sec Pompeo met with him back in April and Ivanka had a meeting with him in Sept.


The Labour Party leader is at the count at his constituency of Islington.

I'm trying to get a picture to post but... one of the other candidates there is wearing a large top hat with a big Q - front and centre on the hat!


Is this the one you were looking for? 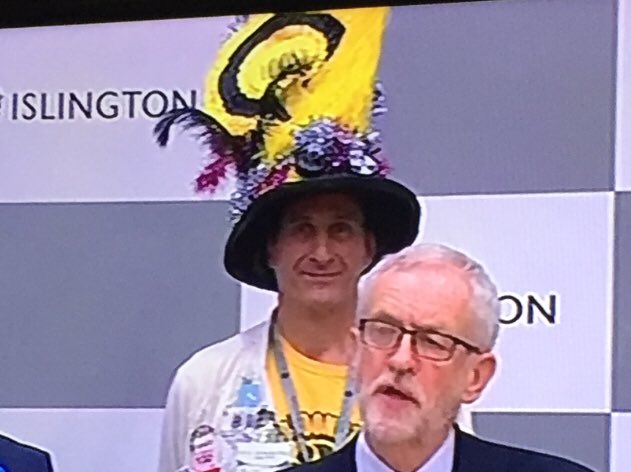 Cheers onehuman... turns out it wasn't as obvious a Q as it appeared to me at the time.


originally posted by: PilSungMtnMan
Corney is in Durham’s crosshairs I’m sure.

The fact Comey refused to have his clearance reinstated so he could be interviewed by the IG is pretty telling.


Edward O’Callaghan, the official who worked closely with Rod Rosenstein is stepping down from the DOJ.

And on Hannity tonight, Lindsay Graham said something about Rod Rosenstein needing to be ready....and then Hannity suddenly cut him off and thanked him for coming.

Now I see what Senator Graham was talking about. He will be calling Rod Rosenstein and Christopher Wray to testify.

I'm not sure when that will be though, because Impeachment is coming to his committee soon. Although, Mitch McConnell told Sean Hannity tonight that he's leaning towards an "instant acquittal" of President Trump, since the House didn't follow its own rules and historical precedents. (i.e. a Sham-Scam impeachment)

posted on Dec, 13 2019 @ 04:10 AM
link
It seems appropriate to do a DECODE on POTUS Congratulations tweet to Boris Johnson:


Congratulations to Boris Johnson on his great WIN! Britain and the United States will now be free to strike a massive new Trade Deal after BREXIT. This deal has the potential to be far bigger and more lucrative than any deal that could be made with the E.U. Celebrate Boris!

>>466048
For those watching, this should scare you.
It’s the POWER you depend on to survive.
Money is worthless w/o those in power serving you.
WH / Military / Patriots.
Ready to play?
Q


Anonymous ID: Eka5Om1K No.147175452 📁
Oct 29 2017 22:20:11 (EST)
Key:
Military Intelligence v FBI CIA NSA
No approval or congressional oversight
State Secrets upheld under SC
Who is the Commander and Chief of the military?
Under what article can the President impose MI take over investigations for the 3 letter agencies? What conditions must present itself? Why is this so VERY important? Who surrounds POTUS? They lost this very important power _ the one area of the govt not corrupt and directly serves POTUS.


2) CAPS only simple gematria gives:
a) Base = CBJWINBUSTDBREXITTEUCB = Q256


Timestamp encodes tweet date of Dec 13th.
Is Boris Johnson = SNOW WHITE? (Light blond hair)
edit on 13-12-2019 by RelSciHistItSufi because: (no reason given)

Rel, so, who among British politicians would be the Seven Dwarves, then?

1) Nicola Sturgeon would be both Happy and Grumpy (two-faced and 1 position is not enough for her),
2) Jeremy Corbyn would be both Sneezy and Bashful (Got a bashing and has been sneezed out!),
3) Jo Swinson would be Dopey (couldn't even keep her own seat - let alone lead party),
4) Dennis Skinner "The Beast of Bolsover" would be Sleepy (the dog's been put to sleep after 49 years as MP),
5) Phillip Lee would be Doc? (He's a GP and MP).