I stand corrected It was David Cicilline..I had the names mixed up but, this is the guy

originally posted by: Quadrivium
a reply to: Enderdog
Ender,
I would so love to agree with you on this....
BUT... I believe the fox may be in the hen house.

For the life of me I do not understand why the dems would go forward with this farce of an impeachment (yeah, they are stupid but maybe not so much as that). It is almost like they know something about the Senate that we don't.

I live in SC, Grahams district. I remember how close he and McCain were, how Graham disliked Trump until he was elected.
McCain and Graham were VERY close.
McCain's last words to Graham:
"I love you and I have not been cheated."

I am sure that Graham is probably still sore about how Trump treated McCain while living and after his death. He may just be the fox in the hen house, the dems ace in the hole, so to speak, ike McCain and the Obamacare repeal.

I think simple political survival is motivating Graham's sudden change of heart. Remember, most of these guys are basically the kind of cartoon villain who would push their cronies off a cliff to save themselves. I really doubt that Graham thinks about McCain much at all these days.

Given the ridiculously weak nature of the charges, you can safely bet there won't be a single Republican vote in favor of the impeachment resolution. In fact, there will likely be several Democrats voting against it, enough that even getting the resolution passed by the House might not be a sure thing.

Given the lack of any real crime, the chance the Senate will remove Trump are within a rounding error of zero. There might be one or two RINOs who vote for it (like Romney), but it won't be anything remotely close to a 2/3 majority. I'm not sure even Romney would dare vote to remove Trump. He'd guarantee he'll be removed in the next primary election -- never even making it to the general election. More than likely there would be a recall vote to remove him early. After all, this is Utah we're talking about, one of the most solidly conservative states in the country.

Also, there are a few democrats from red states (like Alabama and West Virginia) would may well vote in Trump's favor. Again, there is no real crime here, and they'd be endangering their political future if they vote otherwise. Even if Romney and Graham both vote to remove Trump, the charges might still fail to get even a simple majority in the Senate, much less the 2/3 majority required to remove Trump.

In the past the Problem and Solution were created LONG BEFORE the reaction the problem triggered. So the Patriot Act was written long before 911, and the event was used to create a demand for protection = Viola Patriot Act.

Today. The FISA Report. Problem = FISA court is out of control. Solution = Get rid of it. Reaction needed = A report triggers the reaction leading to the solution.

Nunes called to either end the FISA court or for action to be taken against the court because of the abuses found in the IG report.

The Kidon is a unit which belongs to the Caesarea department (one of Mossad's eight departments). It is described by Yaakov Katz as "an elite group of expert assassins who operate under the Caesarea branch of the espionage organization. Not much is known about this mysterious unit, details of which are some of the most closely guarded secrets in the Israeli intelligence community." It recruits from "former soldiers from the elite IDF special force units."


This unit has been a part of Israel's policy of assassinations, which according to Ronen Bergman is a policy that Israel has used more than any other country in the West since World War II, stating it has carried out at least 2,700 assassination missions.


Kidon (Hebrew: "bayonet" or "tip of the spear") is the department within Israel's Mossad that is allegedly responsible for the assassination of opponents. Kidon is suspected of being behind a number of successful assassination campaigns. 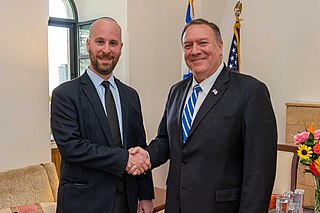 Katz with US Secretary of state Mike Pompeo in 2019.

Caesarea named in Hebrew: Keysariya or Qesarya, often simplified to Keisarya, and Qaysaria, is a town in north-central Israel, which inherits its name and much of its territory from the ancient city of Caesarea Maritima.


With a population of 5,170, it is the only Israeli locality managed by a private organization, the Caesarea Development Corporation, and also one of the most populous localities not recognized as a local council.

Aside from much ancient history on Caesarea dating back to Herod the Great; here's the highly interesting part...


Rothschild Caesarea Foundation and Development Corporation
After the establishment of the State of Israel, the Rothschild family agreed to transfer most of its land holdings to the new state. A different arrangement was reached for the 35,000 dunams of land the family owned in and around modern Caesarea: after turning over the land to the state, it was leased back (for a period of 200 years) to a new charitable foundation. In his will, Edmond James de Rothschild stipulated that this foundation would further education, arts and culture, and welfare in Israel. The Caesarea Edmond Benjamin de Rothschild Foundation was formed and run based on the funds generated by the sale of Caesarea land which the Foundation is responsible for maintaining. The Foundation is owned half by the Rothschild family, and half by the State of Israel.


The Rothschild Caesarea Foundation established the Caesarea Edmond Benjamin de Rothschild Development Corporation Ltd. in 1952 to act as its operations arm. The company transfers all profits from the development of Caesarea to the Foundation


Today, the Chairman of the Rothschild Caesarea Foundation and the CDC is Baron Benjamin de Rothschild, the great-grandson of Baron Edmond de Rothschild.

Yep...that's him. He was gesturing with his arm up so it could be easily seen during the impeachment hearing. He retweeted a video of it 22 hours ago.

Jersey City scanner: "The U-Haul is hot." Shooters reportedly arrived in U-Haul. I'm not sure what "hot" means, perhaps means there are explosives inside?

ETA: Shooting is happening at
223 Martin Luther King Dr
Jersey City, NJ
edit on 10-12-2019 by EndtheMadnessNow because: (no reason given)

Listening to the scanner as well, I thought I heard someone was on the roof at one point..probably police snipers.

lol...I debated whether to post that myself or not, but, ugh...the Dem insanity was too much and I decided not to.

Dude's running a command center there...thanks for the link

Can you tell if that bullet bracelet is the orange one?

Looks orange to me

Marines with 1st Battalion, 1st Marine Regiment, @1st_Marine_Div
, participate in an amphibious landing and assault through a combat town on Red Beach during #SteelKnight 20 at Marine Corps Base Camp Pendleton, California,
Image
12:00 AM · Dec 10, 2019


Timestamp encodes Dec 11th, tomorrow.
edit on 10-12-2019 by RelSciHistItSufi because: (no reason given)

Just received a briefing on the horrific shootout that took place in Jersey City, NJ. Our thoughts & prayers are w/ the victims & their families during this very difficult & tragic time. We will continue to monitor the situation as we assist local & state officials on the ground.
4:41 PM - 10 Dec 2019
twitter.com...

Crazy times, crazy group as I believe the majority will agree ... DIG this ..
the D5 Group of advanced digital Nations - wired
02-07-18


*They’re South Korea, Estonia, Israel, New Zealand and the UK, which is a pretty weird combo. One wonders what “best practices” these “advanced” guys will get around to sharing that other, dumber guys don’t already have....


Plenty at link of their understanding ....

Eta we're dealing with a monster

I'll see you and raise you a British PM...

We need a POTUS version singing this to deep state:

In the famous words of Matthew McConaughey,