posted on Dec, 8 2019 @ 06:25 PM
link
13 is massively humanly important, especially memory wise and DNA. Tisa the Goddess number hence Vaticant making/faking/creating 12 moonth calendar ( calends = time of tax ) instead of natural 13 moon calendar we are actually in always. Imo anything out of balance like this affects humanity greatly and has.


It gives me some additions to add to spreadsheet such as the LEET method (dashen - were you aware of this when you named the thread?).

2) All 3 images in the tweet have file names starting ELQ...QoS this links to the EL filenames in Q posts?:
ELQJovSWwAEubRg
ELQJo3gW4AEfr_q
ELQJozuXUAIVgpF

Coincidence? Or is the tweeter part of Q-team?

ETA - Some Friday 13th factoids:
a) The day has been associated with misfortune since 1307 when on a Friday the 13th, the French king gave the orders to arrest hundreds of Knights Templar,
b) Friggatriskaidekaphobia comes from Frigg, the Norse goddess of wisdom after whom Friday is named, and the Greek words triskaideka, meaning 13, and phobia, meaning fear,
c) For a month to have a Friday the 13th, the month must begin on a Sunday.

Thank you for the confirmation FF. Makes the hand off a bit more intriguing. 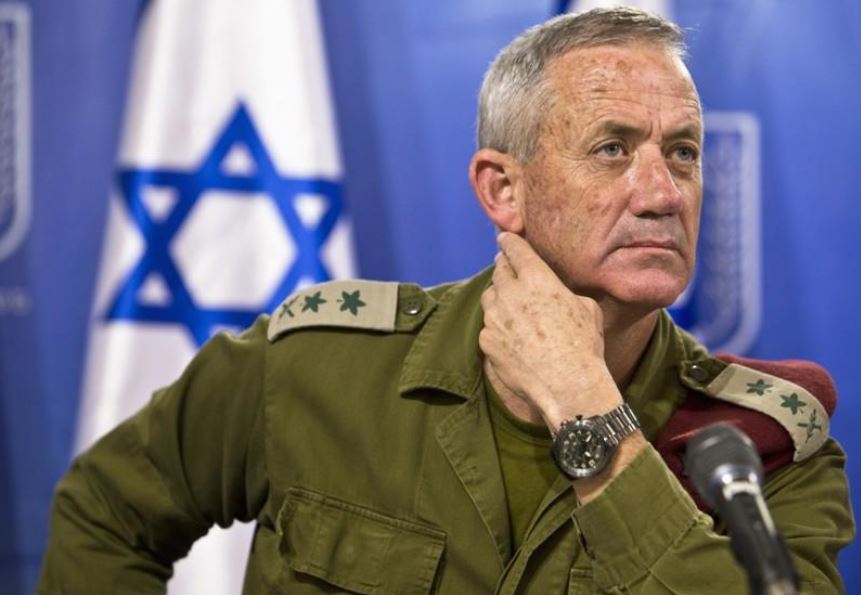 
NSO is best known as a supplier of mobile surveillance tools to governments and law enforcement agencies. It was in the spotlight last year amid allegations that the Mexican government had used its Pegasus mobile spyware to target private citizens.


Last year Blackstone Group pulled out of discussions to buy part of NSO after digital privacy activists protested against the deal.


Former deputy head of the Mossad Ram Ben-Barak, the company’s president for the past two years, confirmed the move to Calcalist Saturday. “The company is pivoting,” he said. “We sold our products, and we did let all employees go, but everything was done in an orderly fashion and without drama. We had problems with investors, and decided to change direction.

Did Stormy Daniels cause Benny Gantz's cyber company to close shop?
The Fifth Dimension billed itself as “the technology leader in law enforcement investigation and analysis solutions.”


Ben-Barak blamed the break-up on “problems with investors in the US.” He confirmed a report in the economic newspaper Globes that the company had lost money needed to operate that had been coming from Russian billionaire Viktor Vekselberg.


The main financier of the company was the oligarch Victor Vekselberg. The one who donated to HRC and the foundation, Feinstein, Schumer, Schwarzenegger, John Chambers, Former CEO Cisco, Eric Schmidt Former CEO Google, Craig Barret Former CEO, Intel and who allegedly was part of the intellectual property theft from the silicone valley companies to the Russian Skolkovo project.


Former Intel Corp President who almost became the CEO. She is an Executive with The Carlyle Group in its Media and Technology practice. Renee also serves as the Vice Chair of the National Security Telecommunications Advisory Committee which advises the President of the United States.


This saga, much of it previously unreported, began with a chance encounter between Cohen, Trump’s now-disgraced former lawyer, and Vekselberg’s American cousin, Andrew Intrater, in the fall of 2016. Soon, Trump would be in the White House and Vekselberg would be privately boasting of having the pull needed to help achieve the sanctions relief the Kremlin was craving, people familiar with the matter said. Instead, he became the richest victim of the most dangerous standoff between the U.S. and Russia since the Cold War.


I think this decode tells us that the C_A has control over UN auditors?


Anonymous ID: grTMpzrL No.147446992 📁
Nov 1 2017 00:11:52 (EST)
Note MI has the same SAPs as NSA, CIA etc as designated post 9-11.
Why is this relevant?
Who can be held hostage and controlled?
CIA thinks its foreign offshore assets are strong enough to defend against the US executive (not accounting for military use on domestic soil).
Why does the Constitution explicitly grant this authority to the President and what is it to prevent?
They knew our agencies would grow in power so much so they could/can hold the executive hostage or engage with bad actors.
Trump nominated someone new to direct every agency but one. He controls the top.


2) CAPS only from tweets gives:

This is an anagram (help TAT!)... CIA OWN TGP... The General Panel? Does this indicate SAP programs seen by NSA show that CIA has been controlling audits of UN programmes?

Caveat - I contend that not only is Vlad a white hat, he's been at this quite a while - think his return. That said...

Could some, even all, of Mueller's efforts been for Vlad per the Clinton Era treaty? When Vlad mentioned it at the presser it was assumed he was looking here for us, but could it also have been the other way around?

I say this because it would appear that Ukraine is a huge problem for Russia and US - if John NoName gets the Ukraine medal of honor we know it is a bad place.

We'd never be privy to what was sent to Russia by Mueller team, as I'm sure the Treaty forbids C_ANN getting a copy but it does raise an interesting thought: Ukraine getting hit from both sides.

posted on Dec, 8 2019 @ 07:56 PM
link
CTH has given some context to Lindsey Graham's decision to not bring witnesses against Ukraine to testify

Senators from both parties participated in the influence process and part of those influence priorities was exploiting the financial opportunities within Ukraine while simultaneously protecting Joe Biden and his family. This is where Senator John McCain and Senator Lindsey Graham were working with Marie Yovanovitch.


U.S. senators write foreign aid policy, rules and regulations thereby creating the financing mechanisms to transmit U.S. funds. Those same senators then received a portion of the laundered funds back through their various “institutes” and business connections to the foreign government offices; in this example Ukraine. [ex. Burisma to Biden]


The U.S. State Dept. serves as a distribution network for the authorization of the money laundering by granting conflict waivers, approvals for financing (think Clinton Global Initiative), and permission slips for the payment of foreign money. The officials within the State Dept. take a cut of the overall payments through a system of “indulgence fees”, junkets, gifts and expense payments to those with political oversight.

A “Codel” is a congressional delegation that takes trips to work out the payments terms/conditions of any changes in graft financing. This is why Senators spend $20 million on a campaign to earn a job paying $350k/year. The “institutes” is where the real foreign money comes in; billions paid by governments like China, Qatar, Saudi Arabia, Kuwait, Ukraine, etc. etc. There are trillions at stake.

I have no idea how this post turned out with everything encompassed in black. Maybe a dire meaning. Leave it to others to interpret if needed.

Would like everyone to go to the source aboved for more info including Mitch McConnell could play a role and how the vote rolls out.

posted on Dec, 8 2019 @ 08:00 PM
link
I knew Queen Elizabeth became the longest serving British Monarch at 67 years...
... but I didn't realise she has now equalled, if not beaten, egyptian pharoah, Rameses 1st's reign!

Didn't Mueller deliver the U1 in a briefcase?

John Lurch is clearly no match for Vlad.

FF - where's that meme of Vlad with the gun and Kerry on the bike?

They are such liars and schemers it's sickening.
I hope we get all of this out , proven for all to see and prosecute them all.
We will need some to flip, maybe we should get Mueller and Weismann apparently they know how to play hard ball.

I am hoping John Durham and AG Barr are the real deal, we will see soon enough. 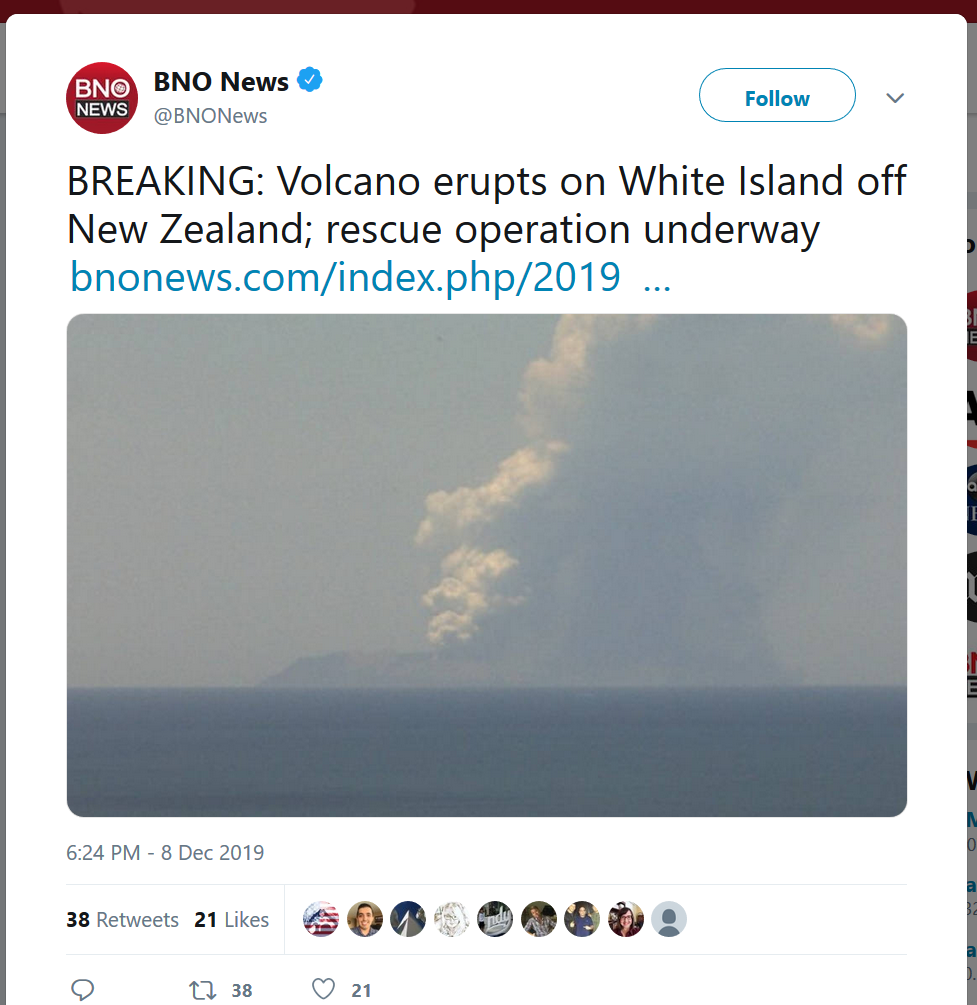 This may have changed since last night, but Rudy is delivering "lots of good materials" to AG Barr and Congress upon his return home, according to President Trump.

Cranky, I think the point is that he has partaken in the graft within the gov. It won't matter if he has flipped to support Trump. He has the history of partaking in the money. What will that do to his reelection?

It will raise questions about all, including him, who are supporting countries aided by the US. Ukraine is most oblivious, but who else?

Fox News host Pete Hegseth has been 'BANNED from Twitter' after sharing anti-American 'manifesto' of Pensacola shooter mol.im... via 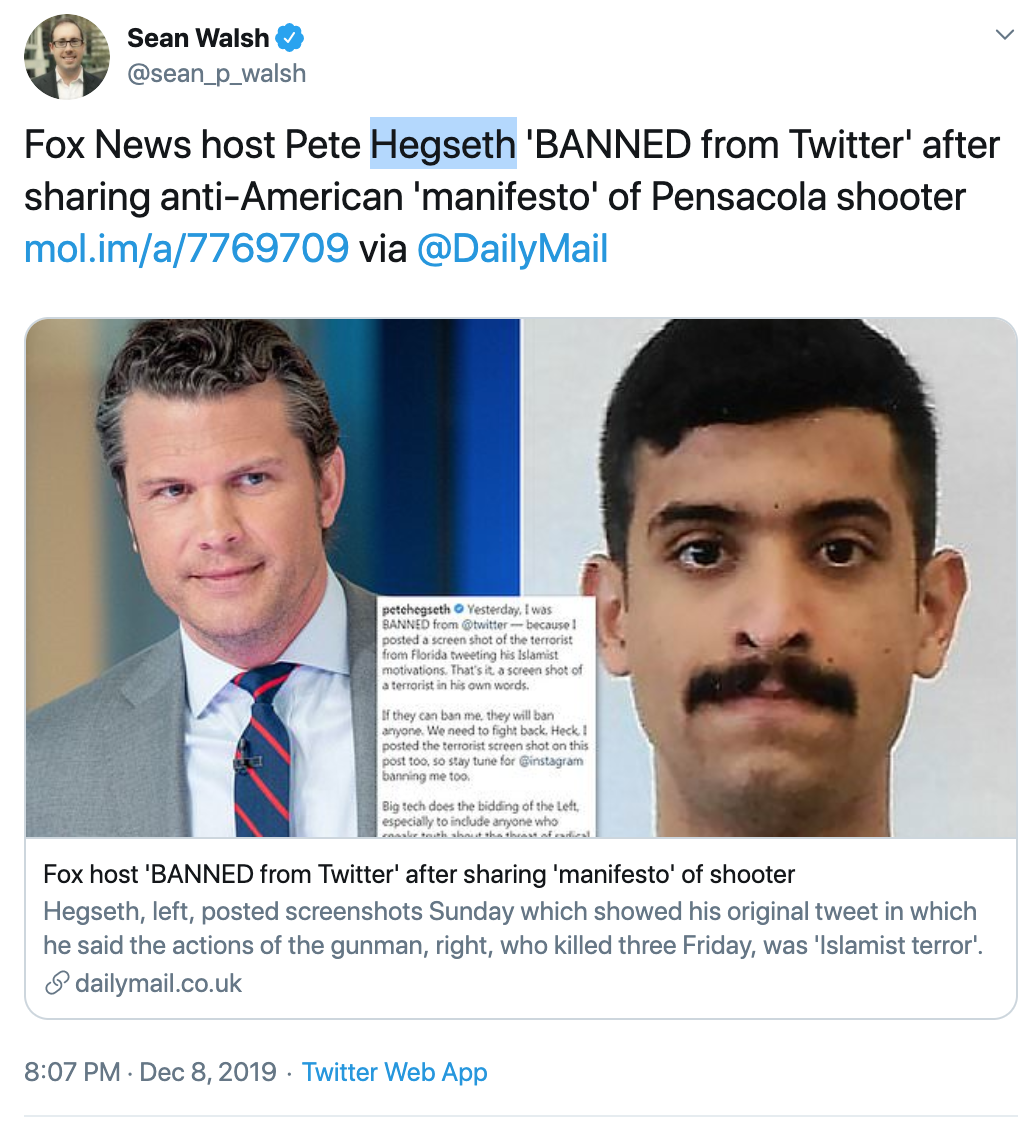