When will President Trump tweet "My fellow Americans, the STORM is upon us!" ???

If three filmed the entire incident, that means they were inside the building, too, because the shootings took place inside the classroom on two floors. Wow...so they film while he shoots. From your link:

Sheriff Morgan said the crime scene was spread over two floors, which were left littered with spent shell casings.

'Walking through the crime scene was like being on the set of a movie,' he revealed.

originally posted by: Trillium
BREAKING: Six Saudi nationals have been arrested in connection with the Pensacola naval base attack.

3 of them were FILMING the attack.

She has not answered back yet so ????

originally posted by: steaming
Still wonder WHY there is panic ??

Tere's sure Determination and the D file Panic, while R give smooth layout to Determined.

Your video link: Nadler's Whirlwind: THE STORM IS UPON US! 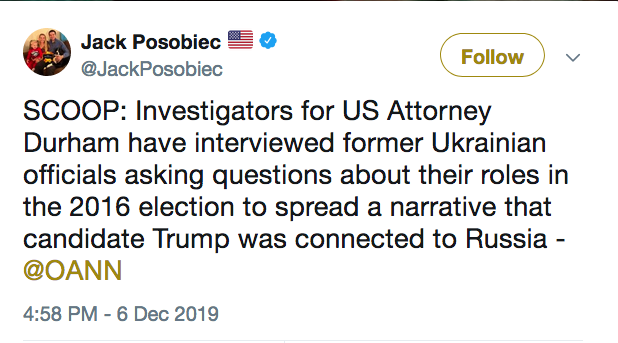 This is why Rudy.

PANIC in D.C. From all appearances NO ONE controls Durham, this is why the panic. No leaks, no blackmail control him, no limits.


originally posted by: queenofswords
a reply to: Trillium

What is your source please?

Why does that look "staged"? The police car was going way to fast into what looked like a driveway, leading to that green building. Maybe an angel was driving the truck, and saved lives inside the building.

Liberal commentators are upset that Rudy took a "conservative" media outlet with him to Ukraine. The jealous aholes don't want to name One America News Network (OANN), because President Trump also endorses OANN.

Has anybody seen this tweet by Ivanka? It could be nothing, or, it could be something.

@jackal has an extensive breakdown.

Not so sure about this until more confirmation comes out... but probably true because why not, in this clown world. 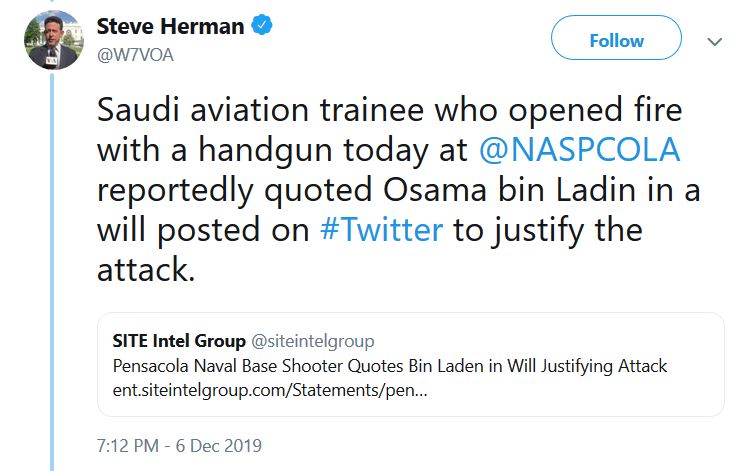 
originally posted by: carewemust
Democrat Senator says he knows a "handful" of Republican Senators who are open to removing President Trump from office.


What about the more than handful House Dems that won’t vote for impeachment. That Dem Senator is painting Fake News trying to convince those shaky House Dems to vote Yes, lol. Panic in full view.

With the economy on a tear, and President Trump not saying anything outlandish, it's becoming harder for sane Democrats in the House to vote for Impeachment.

As usual, Pelosi and Dim leaders waited too long to take action.

The IG Report and associated criminal referrals will turn even more rational Democrats against Impeaching America's most successful President in recent memory.

Even hardened Democrat rag publications like "Salon" are roasting Pelosi on her timing and lack of thoroughness.

Salon - Pelosi is Screwing Up!: www.salon.com...

posted on Dec, 6 2019 @ 10:07 PM
link
One of the guys who is meeting with Rudy this week in Ukraine, may show up at the Senate Impeachment trial.

In a clip posted her earlier Pelosi said "impeach to save the world."

Their world, not ours. 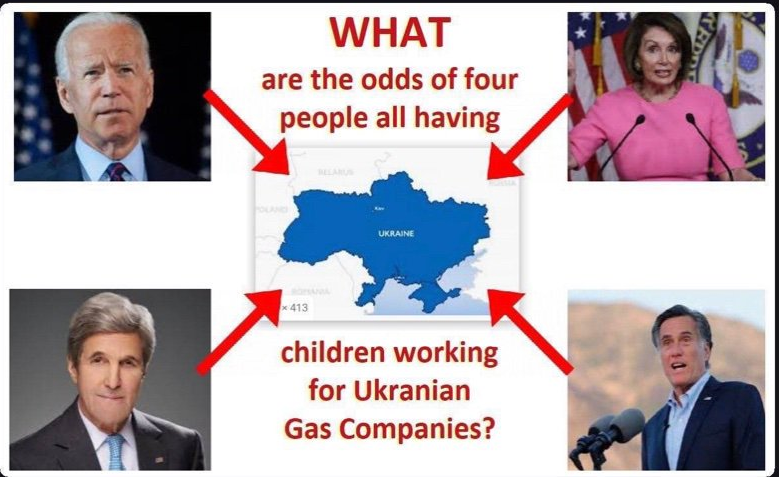 Kerry is looking for a VP run would be my guess, and I wouldn't doubt that Biden chooses him.

ETA: Wonder if Kerry could be setting himself up with a nomination it Biden goes down? How does it work if a presidential nominee drops out? Does the VP nominee take the slot?
edit on 12/6/2019 by imthegoat because: Added some stuff


For some reason, I can picture Hunter B. and Avanetti moving in the same circles.

posted on Dec, 6 2019 @ 10:38 PM
link
a reply to: Creep Thumper
Faked News reports on both incidents in one breath, then focuses on the later.

Lips form the same shape too!