posted on Nov, 14 2019 @ 03:52 PM
link
Joseph Mifsud, the mysterious "professor" who
was in the center of the RussiaGate story has
been out of the public eye for years. Mentioned
89 times in the Mueller report, Mifsud was operating
out of Link University in Rome, where he met with
former Trump aide Geroge Papadopoulos. Later,
accused of being a spy he was assumed to be in hiding.

Now an audio recording has emerged. Those close
to him believe it is him, while his lawyer has doubts
as to the claims made on the recording.

In recent weeks, his name has resurfaced as a critical subject in U.S. Attorney General William Barr and prosecutor John Durham’s criminal probe. Nonetheless, his location has been a mystery – until perhaps now.

On Wednesday, Italian publication Adnkronos published audio -- sent to them in two separate encrypted files -- claiming to be Mifsud and taped on November 11.

"I have absolutely no contact with friends and family for several months,” the voice in the audio claims. “It has been almost two years now that the whole matter has exploded and been presented to the world media and on the world stage as if I had something to do with matters concerning countries or had I tried to infiltrate it, it is absolutely absurd, in programs, contacts or any other institution in the world. I have been a man of relationships all my life and this is what I do well."

Italian News Article with recording-
The audio recording can be heard in English here:
www.adnkronos.com...

In the recording Mifsud claims he did not
work for any "service, secret service, or
intelligence or none of this kind." He pleads
that staying in the dark is almost too
much to bear. Really?

Yet there is ample evidence that Mifsud
has close ties to western intelligence,
photographed with State Department
officials. However, Robert Mueller
referred to Mifsud as a Russian spy.

Mifsud also has ties to other
Five Eyes intelligence officials.

Here, Mifsud is sitting with a woman
by the name of Olga Polonskaya, whom
he falsely introduced to Papadopoulos
as "Putin's niece". 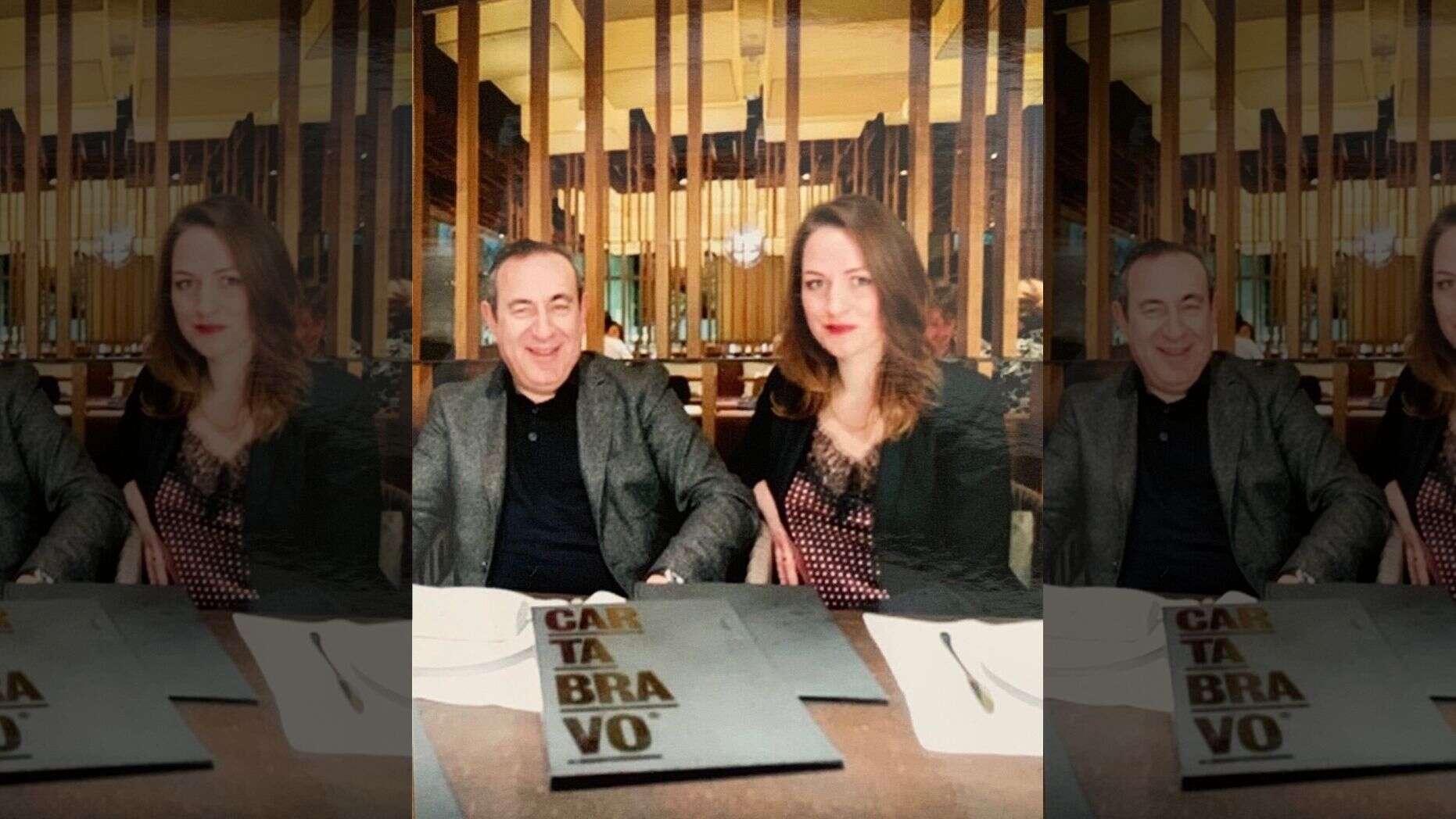 Mifsud was last seen by his attorney
in May of 2018 when he recorded
a testimony addressing the scandal.

So this begs the question, is this
recording actually Mifsud? If so,
why would he say he was not
involved with any spy operation?

If it is not Mifsud, as his lawyer
thinks, who would be faking a
recording, what would they gain?

More curiously, his attorny, in
his disbelief that this is actrually
Mifsud seems to confirm that
Mifsud is indeed a spy.

We know he was not a Russian
spy, so who is he working for?

Does Crossfire Hurricane hold any clues?
Born in London in the middle of war...

The timing is curious, indeed. Barr and Durham
recently travel to Rome and meet with Italian
intelligence, announce a criminal investigation
is underway. Then this?

Even Christopher Steele has a criminal referral
and was subpoenaed but he refused to travel here
to the United States.

It appears that some very high level players
are getting ascared? Oh, and released the same
day "impeachmints".

Mifsud's attorney is now saying he is 100% certain
this recording is a fake. Curiously enough, we also
find out that the recording is released from
Link University, which is now a known front
organization.


Link’s president Vincenzo Scotti, its director-general Pasquale Russo, and Vanna Fadini, head of the university’s management company Global Education Management (GEM) told Adnkronos they were “100% sure” that the voice on the audio files is Mifsud’s. Mifsud's Swiss lawyer Stephan Roh, however said he was certain it was not Mifsud on the audio tapes. "This is 100% a fake", Roh told Adnkronos. "The voice is too high, it not his accent or tone. The speaker sounds like a real Italian", Roh said. Others contacted by Adnkronos were uncertain, also given the audio quality, but said the voice "bears an extraordinary resemblance" to Mifsud’s.

I am trying to verify this account of Roh, Mifsud's attorney.

If this is true, this is a huge bombshell.
Apparently this was published three days
ago, one day before the recording surfaced.

"I think Mifsud is still alive, he was at least until last Spring. I know he was hiding because he feared for his life, I also know that someone forced him to hide. Mifsud had to disappear, because he could compromise the whole investigation of Mueller against Trump", said Stephan Roh.

He is indicating that Joseph Mifsud was kidnapped
by spies, and maybe dead.

posted on Nov, 14 2019 @ 04:52 PM
link
Also this from the article. His attorney claims to have been in contact with a family member, that he used to contact Misfud up until october of 2018. He has kept in contact with that person until up to the Spring of this year, and now is unable to contact either of them.

“The family member I usually talked to is not reachable to me anymore. We are now more concerned about his well-being than before. A single person cannot hide in Europe or such a long time,” Roh said. “In particular, as the world is searching for him. There must be an organization hiding Professor Mifsud.”

His last in-person meeting, Roh said, was in May 2018 when a frightened Mifsud traveled – by train to avoid having to use his passport or identification – to Roh’s law firm office in Zurich and recorded a testimony addressing the scandal.


the lawyer is now convinced this is not Misfud on the recording, he hasnt been in contact with him (in person) since May of last year, and now he cant even contact the family member he was using as an intermediary. Sure is odd. Who is hiding the man? who, if anyone, is after him to make him go "dark", and is this recording really him or just something to throw off the scent? Will be following this.....
edit on pm1111201919America/Chicago14p04pm by annoyedpharmacist because: (no reason given)

Good catch, so along with Mifsud, one of his family members
is missing. Great, probably both dead!

And just found this, I think Mifsud's attorney
just let the cat out of the bag.


“He was engaged in ‘missions’,” Roh says, specifically mentioning the British MI6 to which Roh claims Mifsud was directly linked through the London Center of International Law Practice, for which he worked. Roh claims the LCILP was “simply a cover for intelligence operations”, where both Mifsud was a once a board member, and Papadopoulos an LCILP director for energy issues.

“If Mifsud speaks, he has the evidence to prove the things he said on and off the record. It would be a big deal for a lot of people in the United States,” Roh said. “The serious crime was not the spying on Trump, but the fabrication of evidence to justify Mueller’s investigation,” he said.

Trouble for Roh, he may be looking at a very
short life from here.

Trouble for Roh, he may be looking at a very short life from here. 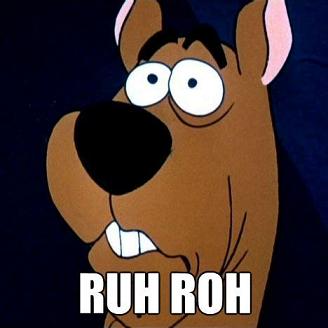 More insight into the story, this is from John Solomon
a few months back.


There is now compelling evidence Mueller omitted or misrepresented important facts about Mifsud and Papadopoulos that could change the public’s understanding of events. And those aren’t the only omissions and factual errors to emerge.

Mueller never disclosed in his report that Manafort business partner Konstantin Kilimnik, identified in the final report as having ties to Russian intelligence, actually was a regular informer for the State Department from 2012-2017.

It has been a long wait for the reports that might
shed more light on this. Though, Barr now says
that the IG Report is imminent.

Will we finally see the truth?

Speaking of SCARED, check this out...


The Justice Department inspector general’s office has told witnesses who are set to review draft sections of its long-awaited report on the FBI investigation of President Trump’s 2016 campaign that they will not be allowed to submit written feedback — one in a series of unusual restrictions that some fear could make the final document less accurate, people familiar with the matter said.

As is the case in most inspector general probes, witnesses are being invited to review draft sections of the report and offer comments and corrections, the people said. But — unlike most cases — they are being told those comments must be conveyed only verbally, the people said.

Yes, it does. Familiar tactic when it comes to
demonizing anyone who dares to speak up
about the truth concerning the coup plotters.