posted on Nov, 13 2019 @ 07:54 AM
link
Could Dinosuars have evolved like humans if they had survived the mass extinction event?

To put things into perspective it only took us 7 million years to evolve from apes into modern humans.

Now imagine how 65 million years of evolution would've changed the anatomy of dinosaurs if they evolved like us. 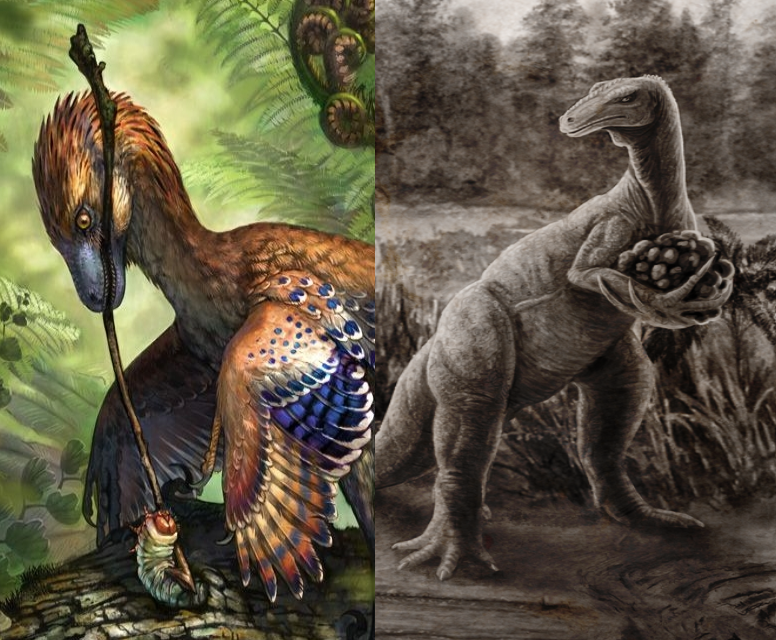 In order for any species to become a tool building civilization it would require them to have atleast the following features:

Bipedalism gave dinosaurs a head start on mammals in the race for intelligence. Like the hominids, having discovered that they could run on their hind legs, they must eventually have realized that their forelimbs were freed for the manipulation of objects. 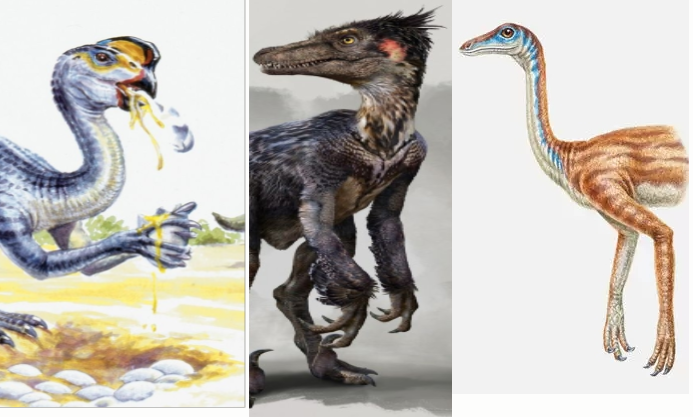 Just like our ape ancestors having a decent pair of arms would've been a major benifit. If the arms played a functional role that contributed to their survival then dinosaurs could also have been able to use their arms for more complex tasks like using stone tools.

In order to grasp something one of the digits, the thumb, should be opposed enabling its tip to touch the tip of the other digits. opposed digits were very common in dinosaurs. Most theropods would typically use their hands for grasping prey and climbing trees.

Binocular vision is the ability to direct both eyes simultaneously at an object.The importance of this ability for the growth of the brain is that it allows a better judgment of distance. It is well known that many Theropods such as Velociraptors & Troodons had binocular vision which allowed them to easily spot prey from a distance.

The popular idea that the dinosaurs were dim witted, with brains no bigger than a ping-pong ball is only partly true.  But it is not true of many others dinosaurs, the ones noted above with the grasping hands and binocular vision, the smaller, agile coelurosaurs and dromaeosaurs that lived late into the Cretaceous period. Knowing what we do about these, it is not so surprising that they had evolved large brains to coordinate their sophisticated movements and vision.

On my final note I think it's entirely possible for dinosaurs to evolve like hominids did.

There are many speculations over the years of what dinosaurs would've looked like if they did evolved into a humanoid form here are just some artistic depictions I found online. 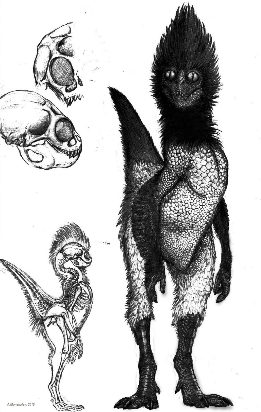 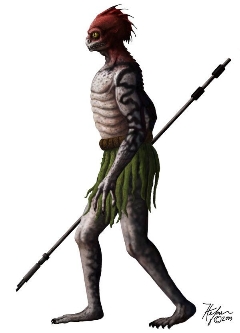 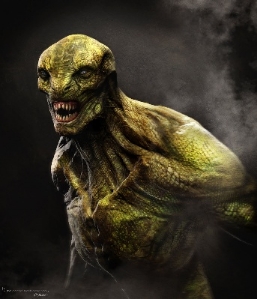 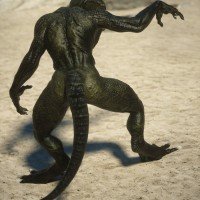 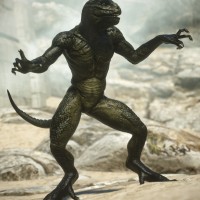 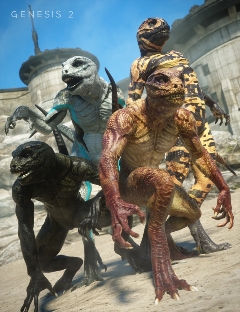 posted on Nov, 13 2019 @ 08:14 AM
link
These days, speculation threads have been driving me nuts. However, this one is very thought provoking — as I have questioned this before myself.

I’ve heard speculation in the past, that there are different worlds where each species rules. E.G. insects ruling a planet, reptiles, etc.

If there are parallel realities, why would humans be the dominant force in every one of them?

my first encounter was back in the 80s, these guys looked similar to reptile/alien hybrids, the truth is out there 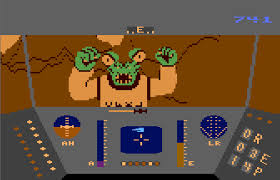 check out your electro music from 80s thread also

Well this brings on an oxymoron, reptilians exist but in another way they don't.

In one hand you have genuine accounts of people that have had shared their experiences, then we have idiots who believe in the dulce base, either way reptilians are real, and as Obi Wan once said "from a certain point of view."

This is all I know-when someone you know may have seen something, ask a friend to ask them the same question while you are outside of the room.

I saw a UFO once, and I'll stick to my story till the day I die, however many would think I'm nuts-and I am-but I'm open to these ideas because we truly don't understand. Reptilians or not, it's not an entirely crazy idea.

Scientology on the other hand...

posted on Nov, 13 2019 @ 08:58 AM
link
They are called Dinovians and are a 5-Star sentient lifeform that evolved naturally here on Earth.

originally posted by: one4all
They are called Dinovians and are a 5-Star sentient lifeform that evolved naturally here on Earth.

posted on Nov, 13 2019 @ 09:41 AM
link
What if dinosaurs evolved into an intelligent advanced species during the millions of years they were the apex predator on this planet? Then left before the cataclysmic event that ended the dinosaurs reign?

And that’s what the reptilian aliens people report are. Just an advanced species from our past that returns every now and then. 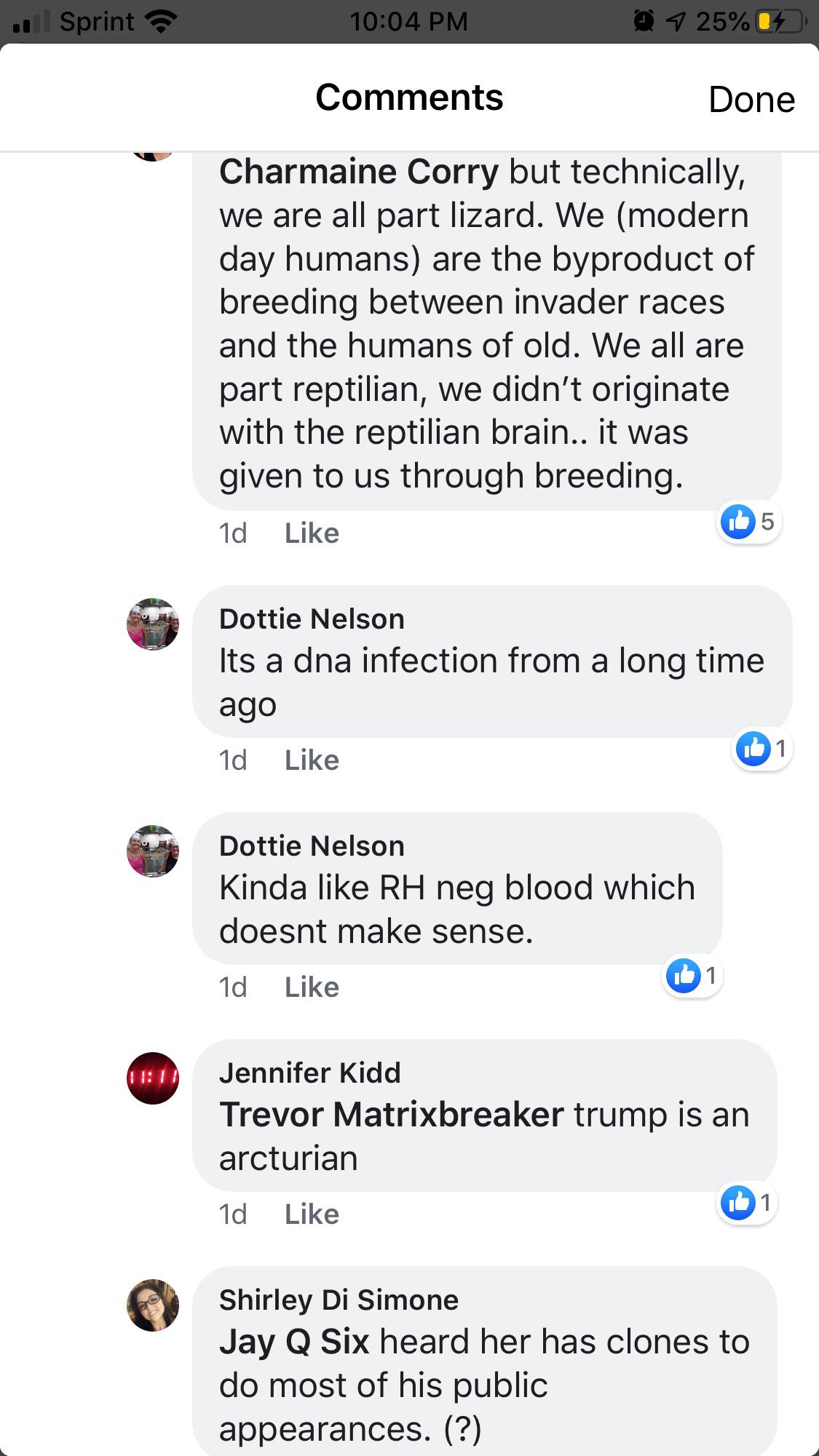 I was refering to the race for intelligence towards a tool building civilization. Not dominating the planet.

originally posted by: HouseMusic4Life
Also smaller dinosaurs had to rely on their intelligence to protect themselves from larger predators. Intelligence had an evolutionary purpose.

Did they? Can you cite a study on this?

posted on Nov, 13 2019 @ 11:15 AM
link
There are plenty of examples of cold blooded humans without having the need to prove they evolved from dinosaurs. You can find them just about anywhere.

originally posted by: HouseMusic4Life
To put things into perspective it only took us 7 million years to evolve from apes into modern humans.

The Gods, aka ancient astronauts, created modern man out of the existing natural Homo. If those Gods themselves were Reptilian humanoids then your theory could be realistic. Reptiles ARE after all better suited for prolonged space travel.


Also smaller dinosaurs had to rely on their intelligence to protect themselves from larger predators.

I would argue it was more so instincts than intelligence.

Just like when a fast pitch is moving towards your head, you don't sit there and reason with yourself about moving

you instinctively move, its basically a natural reflex you develop when you are a toddler or very young child learning to catch and throw things.

Same would apply to any prey animal, they develop reflexes to instinctively GTFO of town when a predator is near.


originally posted by: one4all
They are called Dinovians and are a 5-Star sentient lifeform that evolved naturally here on Earth.

Everything has a beginning somewhere....what else would one call them?.....they know we come from a sentient 5-Star Mammalian representation of Universal evolution what do you think they would call us? Possibly in our language Mamovians.I guess they will let us know .
edit on 13-11-2019 by one4all because: (no reason given)


They are called Dinovians and are a 5-Star sentient lifeform that evolved naturally here on Earth.

That's a statement giving the name of the alleged alien species. Then when asked you say,

what else would one call them?

So did you make the name up because it seemed fitting somehow? Or are they called Dinovians and you know this for a fact?

originally posted by: Kurokage
a reply to: HouseMusic4Life


That would be correct.
So , when one sees a chicken they are most likely looking at the descendant of a Velociraptor .

posted on Nov, 13 2019 @ 06:27 PM
link
If true, reptilians just like us humans between mammal and reptiles. They aren't exactly parasitic. The one thing in common that reptiles and mammals can't eat/deal with are parasites like worms and bacteria.