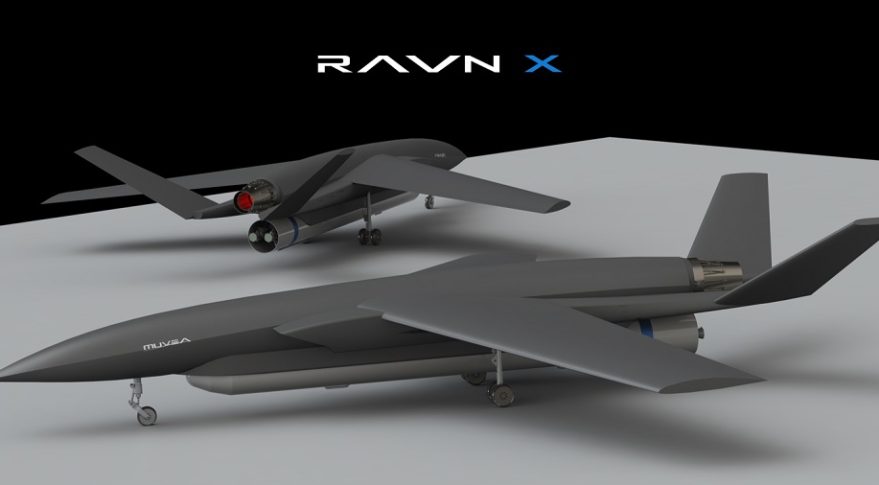 Aevum is a startup in Alabama. Its intent is to build a drone called Raven X, one powered by a jet engine, to carry a rocket to altitude and launch it. The rocket, a two stager, then places a 100 kg payload into orbit. Three weeks ago, this seemed like a pipe dream: there are LOTS of launcher companies that come and go, the industry is littered with their proverbial corpses. Suddenly, Aevum is no longer a long shot. Why?

THE USAF has a program to cultivate new launchers. They had been working with Vector Aerospace, a launcher company with some folks who are experienced in the field. However, in the beginning of August, the company suddenly suspended operations despite having just won a multimillion dollar ($3.4M) contract with the USAF.

From the same program, Aevum had only picked up $50k. However, suddenly, with Vector's meltdown, the USAF shifted Vector's award (and then some) to Aevum. Aevum now has a $4.9M contract under the launcher program. While I do think the USAF is trying to encourage more startups, especially in responsive space launches, I think there might be something a little deeper here.

Any and all technologies developed using US government funds are US gov property. That is why it is often better to develop the tech yourself and then seek a government contract to do testing. The testing data is the gov's but not the underlying technology being testing. Aevum, if this is a true development contract, would basically hand over its tech to the USAF. What does that buy the USAF?

Again, it does give the USAF a new, versatile launcher able to takeoff on short notice and put small sats in orbit. This is something the USAF has wanted for ages. It has tried, numerous times, to get this capability and the closest it has is the Pegasus, but Northrop doesn't keep much hardware around for it and the Pegasus ain't cheap.

Before I go any further, let me say, this idea is honestly a stretch, so don't read too much into it.

However, what could the USAF do with a drone able to carry a big fat rocket underneath?

My suspicion is the mass of that rocket Aevum is planning to sling underneath happens to be comparable in mass to a hypersonic missile. If Aevum can deliver the drone for the cost of $4.9M, it's not a bad bargain from the USAF POV. Then you have the possibility the USAF could buy a nontrivial fleet of them: these could be used both for orbital launches /and/ as a swarm carrying hypersonic missiles. The USAF talked about atrritable aircraft.

What if that applies to the launchers of hypersonic missiles? Imagine rather than trying to bag single B-52s there are a hundred or more Ravens?

Whether Aevum delivers all the drones or the tech gets ingested into a big defense contractor like so many of Karem's efforts, either way, the USAF would win. Both for its potential prompt launch /and/ as an attritable hypersonic missile carrier.

And that, my friends, is why I think the USAF is willing to award a $4.9M contract to a bitty company.

Now then, ATS, how stupid am I being?

Isn't it funny how $2 million is "cheap"
In military terms that's true but just image a world where we didn't need to buy this stuff.

Anyway. I've often wondered why we haven't developed this type of aircraft to launch into orbit. The higher a rocket starts the less fuel required.

Useful payload. The maximum takeoff weight of a 747-400ER/ERF is 910,000 pounds. The operating empty weight is 360,000-412,000 pounds to begin with. Depending on fuel requirements you're looking at another couple hundred thousand pounds....

That leaves you with a pretty small launcher left over, relatively.

So, if you develop tech that could be a potential game changer, expect it to be picked up by the US Gov and be thankful that it could be used defensively or offensively to insure your way of life and Freedom abroad 😌

Anyways, I think it's great that the USAF is investing in small startups, we have the best innovative minds on earth due to our unique society, we should listen to our people more often.


The higher a rocket starts the less fuel required.


You don't save that much. Maybe like 20% or so, depending on how fast you go up, the faster the better. Most of the fuel is used up to reach orbital velocity.

I understand that part.
Maybe they could figure out in flight refueling like the military uses.
Takeoff the 747 with minimum fuel load.
There are definitely limitations but every pound helps...ha


If I remember correctly..
The Saturn five weighted over six million pounds and its payload was around 250,000.
Sheer brute force.

With cubesats being used more and more there are some pretty useful payloads that can be launched from an airborne launcher. But for larger things, like a Mars lander, a ground based launcher is needed.

originally posted by: Grimpachi
Whatever the contract is for I am sure it isn't for a drone. 4.9 mill won't even pay for the parts needed.


$4.9M will buy quite a few powerpoint presentations, but very little hardware. This is seed money for technology development, and most SBIR contracts like this won't result in a actual vehicle. I'm intimately aware of these type of projects, and it's basically a subsidy for research. If they are even marginally successful, this is going to be handed to "an industry partner" ( ie, a big defense/space contractor) for development. SBIR contracts like this exist as corporate welfare for small companies, to keep industry's skeletons alive in case we need to flesh them out one day.

Rolls just picked up a non-ER pretty cheap. A couple years and it'll be running engines around.

originally posted by: Zaphod58
a reply to: Grimpachi

Mach 2+ aircraft are never cheap, especially when they're going to be carrying a couple tons of chemical propellants with them...

Kratos spent more than $50 million of it's own money, I believe, developing the Valkrie, and just recently got more (lots more) external money after initial government investment of somewhere around $10-15 million. And they are still testing and developing and far away from cranking out $2M copies which requires bulk buy to get to.

It is also a comparatively easy project compared to a Mach 2.5M vehicle mated to a launch vehicle...

And don't forget that even an SR-71 running at 110% power and melting its engines at Mach 4 barely shaves off 10% of the delta-V needed to get to orbit. Air launching adds tons of expense and complexity in terms of developing your carrier aircraft for precious little in the way of actual weight/cost savings for your rocket.

The way forward is re-usability, a la SpaceX and Blue Origin. Or, in the case of Starship, crossing re-usability with the "Big, Dumb Rocket" design philosophy. It's going to be interesting to see what BO has in store when they finally spill the beans on New Armstrong.

originally posted by: Bluntone22If I remember correctly..
The Saturn five weighted over six million pounds and its payload was around 250,000.
Sheer brute force.

Rocketry, compared to aviation, is as advanced in size, engineering complexity, and the unbelievable amounts of engine power needed to make it all work as aviation is beyond automotive engineering. Even a basic, ho-hum orbital launch vehicle like Orbital's Antares (the spaceflight equivalent of an A319) weighs 650,000lbs on takeoff and makes over 850,000lbs of thrust. That's heavier than an An-225, and 5 times as much thrust as an XB-70 with full afterburners.
edit on 17-11-2019 by Barnalby because: (no reason given)

Crossed with a UAV sounding a like Aevum's. Or a hybrid between the two.