Barr then went on to rip James Comey for his
failed leadership at the FBI in the years of
SpyGate. He also confirmed the FBI is
supporting Durham in the criminal probe.

The attorney general said that while he’s assisting in connecting Durham with countries that could have valuable information, Durham is running the show. “He is in charge of the investigation, I’m not doing the investigation,” Barr said, while describing Durham, the U.S. attorney for Connecticut, as “thorough and fair” and saying he’s making progress.

Further, Barr took an implicit swipe at Comey as he maintained current FBI Director Christopher Wray is cooperating. “I do want to say that one of the reasons Mr. Durham is able to make the kind of progress he’s making is because Director Wray and his team at the FBI have just been outstanding in support and responsiveness given to Mr. Durham,” Barr said.

“As you know, I’ve said previously that I felt there was a failure of leadership at the bureau in 2016 and part of 2017, but since Director Wray and his team have taken over there’s been a world of change. I think that he is restoring the steady professionalism that’s been a hallmark of the FBI. I really appreciate his leadership there.” When it was first reported that Durham’s investigation had evolved into a criminal probe, Democrats claimed the DOJ was essentially being weaponized against Trump’s political opponents. US Attorney John Durham now conducting a criminal investigation into Russia probe origins

Video at the link.
video.foxnews.com...=show-clips

Barr also responded to criticisms made by Democratic leadership,
defending John Durham saying his investigation would be
thorough and fair.

It's on. Barr is not going to back down! A few Dem leaders
have called for his recusal, he responds to that also!

Barr swiped at Comey's FBI, not mentioning John Brennan's
CIA although we know Brennan and other players at the
CIA have been or will be interviewed by John Durham.

James Clapper is also in the cross hairs, he said in an
interview that he was only doing what he was asked
by Barack Obama.

This spells trouble for those senior Obama administration
officials who weaponized the Justice Department and
The FBI, CIA and ODNI.

The players and Dem leadership are just going to have
to suck it up, and watch their p's and q's as any attempt to thwart
this investigation could be considered obstruction of justice. 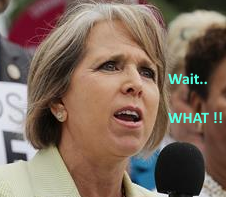 He prosecuted The Mob.
www.law.com...

James Comey also weighing in yesterday saying that
Robert Mueller failed "his mission". He throws Mueller
under the bus! But wait, what was Mueller's "mission"?

Oh, that's right it was to get President Trump impeached!
Well looks like that took another BIG turn this morning!
abcnews.go.com...

Its a race...only one team will get there first.

posted on Oct, 28 2019 @ 12:43 PM
link
How well protected is John Durham? i hope he has a large professional security team, or he might end up being Epstein'd soon

Something tells me Mr. Durham can take care
of himself, just an intuition.

He survived The Mob.

Although, The Clinton's are involved here, so that
might prove to be uncharted territory when it comes
to the dangers of things like gym bags and bar bells.


The Democrats are going to learn hunting ain’t no fun when the rabbit has the gun .


James Clapper is also in the cross hairs, he said in an
interview that he was only doing what he was asked
by Barack Obama.

posted on Oct, 28 2019 @ 01:23 PM
link
Tea leaves are saying it was the CIA that started the ruse. Strzok in some of his texts suggest the CIA was trying to make the FBI look bad. Hardly hear about the CIA's involvement. It would not be the first time the CIA tried to mold a situation only to have it completely backfire on them. A lot of finger pointing going on that's for sure. Brennan has vanished from social media. Getting his story straight I imagine and his all star D.C. lawyer team.
edit on 28-10-2019 by Stupidsecrets because: (no reason given)

posted on Oct, 28 2019 @ 01:31 PM
link
It seems to me that the FBI is going to be a true policing organization again instead of a bunch of opinion driven people running the show. We should actually make laws that no party can take over those big agencies, but it would be hard to enforce. The Judicial system should be dealing with politicians. The Judicial system could have their own investigators.

I can’t wait until to see his treasonous life be destroyed...and strjoks....

Stupidsecrets
+3 more
posted on Oct, 28 2019 @ 01:49 PM
link
Ever notice how Comey is always quoting famous wise and pious sayings of people from hundreds of years ago. I've encountered people like this throughout my career. They always turned out to be some of the worst of the worst people I have ever worked with. Look at him. Leaking, lying, signing sham FISA warrants, phony memos. Total fraud.

posted on Oct, 28 2019 @ 01:54 PM
link
Yeah lets hope something comes of this. Not dragged on till after the elections and then swept under the rug again.

I wonder if any charges will be laid? Usually these swamp creatures and the swamp politicians skate smoothly in retirement with fat pensions.

Trump is going to criminally investigate the witch Hunt against him like a fox!

Whoops, what's this? Turns out the "whistler" from the CIA
is worried about Durham's investigation?

So much so he was spurned to activate a false narrative
for the shiftiest crew in D.C.


Out of all the bunch, Clapper seems the most frail as of late.
Just when he thought he was going to have a peaceful retirement too.

Perhaps he needs a taste of his own medicine to set him aright.

I wouldn’t describe him as frail I think it’s more along the lines of terrified .

I would bet good money that he is the one they’re looking at in Italy . A intelligence agency to intelligence Agency arrangement .

posted on Oct, 28 2019 @ 03:13 PM
link
I still say the next director of the FBI should be some crusty SOB that never wanted a probation so they could keep getting the bad guys...

Put them in charge and give them the green light to clean house.


“It is a good thing for an uneducated man to read books of quotations”.

posted on Oct, 28 2019 @ 03:37 PM
link
My wishes are that those who were so arrogant, so cocky, so damn smug, get the smug slapped out of them.
Strozk, Brennen, Clapper, Comey, McCabe, Obama. And there needs to be things put in place to ensure that our IC stays neutral politically.

Just justice, no more, no less.

posted on Oct, 28 2019 @ 04:19 PM
link
I'm feeling rather confident that Barr and Durham will bring justice. Don't forget Hillary, she needs to come down as well.

Though this has been a long process and people have been losing patience, I feel it will be well worth the wait.