I am no fan of Joe Biden, but the “memo” needs to be taken with a great big grain of salt. Ukraine is famously corrupt, and such explosive findings need to be met with the same thorough vetting that the so-called “black ledger” implicating former Trump campaign chief Paul Manafort should have received.

The document, the paper reported, also accuses Mr. Zlochevsky of offering Mr. Biden and former U.S. Secretary of State John Kerry a “share of Burisma Group’s profits” for their help.

Who else has ownership in Burisma? Ukrainian oligarch, Ihor Kolomoyskiy.

So who is behind these big director payoffs payouts? Richard found some bread crumbs that pointed to Burisma being owned by Privat Group, a conglomerate controlled by the Ukrainian oligarch, Ihor Kolomoisky.

What else did Ihor Kolomovsky own besides Burisma and Privat Group? He used to be the previous owner of Ukraine's currently state owned bank, PrivatBank.

PrivatBank is now suing Ihor Kolomoisky (it's original founder) for the following...

PrivatBank of the Ukraine Sues Its Founder In Delaware State Court to regain control and prevent ongoing fraud and money laundering, May 30th, 2019

Along with Boholyubov, Kolomoyskiy is accused of using PrivatBank to lend money to the various companies and entities that they controlled. These funds were then laundered through Delaware, which is known for its corporate-friendly laws, and used to acquire numerous properties in the United States.

Delaware is also known for being the home state of Joe Biden.

According to other sources, PrivatBank had also purchased a number of entities and property in the state of Delaware, of all places.

PrivatBank accused Kolomoyskiy and Boholyubov of lending money to companies they controlled and later laundering it through Delaware entities to acquire assets in the United States, including property and metals companies.

Now, who do you think those "co-conspirators" in Delaware are?

Thanks to AndyFromMichigan for prompting my research on this after reading his thread on...

watchitburn
+14 more
posted on Oct, 26 2019 @ 04:49 PM
link
Yup, Biden was finished before he even started.
But it seems lots of swamp creatures and their spawn had their fingers in the Ukraine cookie jar.

It'll be interesting to see how the investigations shake out. 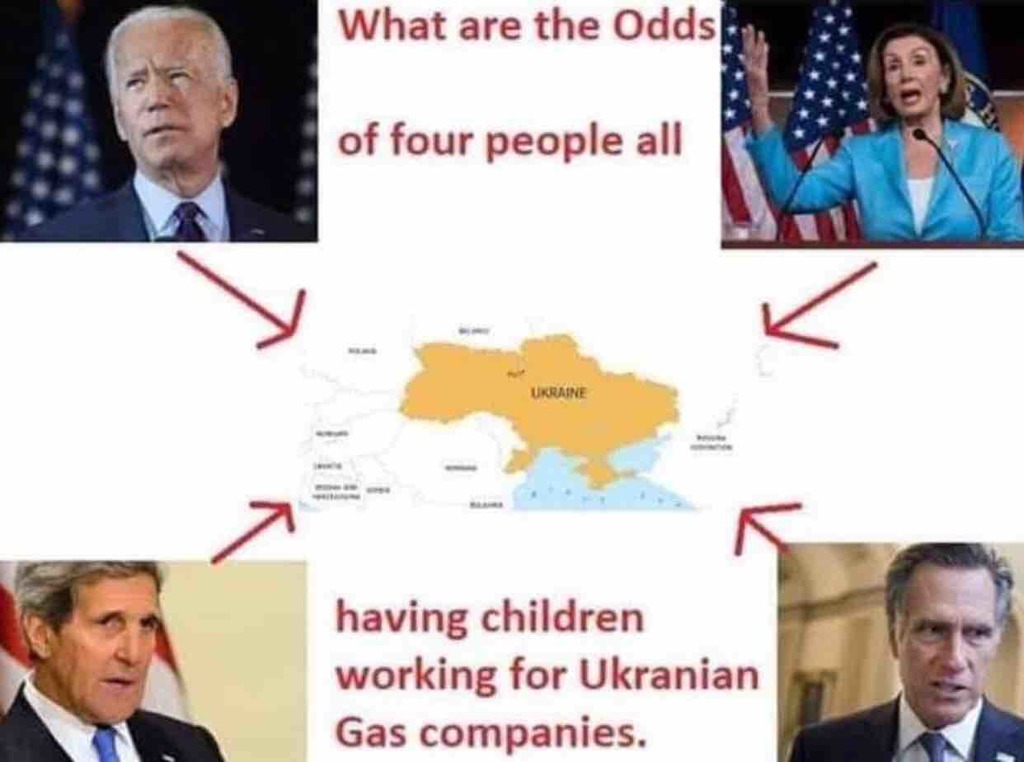 I had other names for him and it wasn't a breakfast bread with coffee.

I will wait for something substantive and final results of an investigation.

China does the same thing... giving the children of people they need to buy influence from lots of $$$ to circumvent our laws.

Wonder where Romania is going to tie in to all of this...

Peter Schweizer wrote a whole book about this issue...

Joe Biden and John Kerry have been pillars of the Washington establishment for more than 30 years. Biden is one of the most popular politicians in our nation’s capital.

His demeanor, sense of humor, and even his friendly gaffes have allowed him to form close relationships with both Democrats and Republicans. His public image is built around his “Lunch Bucket Joe” persona. As he reminds the American people on regular occasions, he has little wealth to show for his career, despite having reached the vice presidency.

One of his closest political allies in Washington is former senator and former Secretary of State John Kerry. “Lunch Bucket Joe” he ain’t; Kerry is more patrician than earthy. But the two men became close while serving for several decades together in the US Senate. The two “often talked on matters of foreign policy,” says Jules Witcover in his Biden biography.

So their sons going into business together in June 2009 was not exactly a bolt out of the blue.

But with whom their sons cut lucrative deals while the elder two were steering the ship of state is more of a surprise.


Wonder where Romania is going to tie in to all of this...

Kroll confirms: before nationalisation PrivatBank was subjected to a large scale and coordinated fraud, which resulted in a loss of at least USD 5.5 billion

The results of an independent investigation by the company Kroll have been presented to the National Bank of Ukraine. The investigation has identified that PrivatBank was subjected to a large scale and coordinated fraud over at least a ten-year period ending December 2016, which resulted in the Bank suffering a loss of at least USD 5.5 billion.

posted on Oct, 26 2019 @ 05:06 PM
link
This is the angle no one is talking about with the whole phony impeachment cries around the Ukraine request. Biden was never gonna be the nominee anyway. He's a straight, old, white male. Even if asking Ukraine to investigate the corruption of the Biden's was illegal--which it's not--it's not like that's going to help Trump win in 2020. He's not gonna be running against Biden. So the idea that Trump was doing this to try to help himself win re-election just doesn't hold water.
edit on 26 10 19 by face23785 because: (no reason given)

posted on Oct, 26 2019 @ 05:13 PM
link
Sounding more and more like the phony impeachment witch hunt is a mass cover-up/deflection from Democrat corruption 😃 🐇

Or ETA... where is the gateway pundit link in this thread?


That's not gonna compute. If one of their preferred media outlets hasn't reported it, to them, it's obviously false. After all, it's the left wing media's job to tell them what to think. Biden isn't done until they're told to think he's done. Independent thinking simply isn't allowed in that camp.
edit on 26 10 19 by face23785 because: (no reason given)

My post doesn't use Gateway Pundit, but if you want to know more about the money laundering and lawsuit, you can also find information from Reuters and WSJ on the matter.

originally posted by: OccamsRazor04
a reply to: smurfy

What are you claiming about WP and CNN?

Gateway Pundit has more criticism for producing fake stories than just about anything.
Why should you want to call it reliable of all things?

I agree with you that Biden was never going to win the nomination. I think that seeing that takes is only a small amount of brains. . But for me at least is something Trump is lacking in. I think he believed that Biden was a true contender and over reached in his attempts to put him down. We'll have to see won't we.

Trump is not that interested in Biden. He wants the crowdstrike info to see if anything wrong was done.