posted on Oct, 26 2019 @ 01:49 PM
link
If one is ok with us being in Afghanishtan 18+ years with no end in sight and no exit plan then absolutely. We should jump in there immediately. Vote for that strategy.

If one is not ok with being in Afghanistan 18+ years then no. We should not get involved because that is in fact what will happen. Another forever war. It will never end. If they can''t resolve it going on several hundred years the US will not be able to solve it in several years. But fine. Vote for that strategy.

US citizens (right now) support the second option. They are tired of it. Tired of our tax dollars going to un-winable wars, tired of our our Soldiers getting wounded and killed, tired of families grieving. All for nothing.

As a retired military officer wounded in combat, seeing families grieve, to include myself from my wounds and good friends I have lost, I do not support these wars. Anybody that does I seriously doubt they know first hand the cost emotionally that also last FOREVER but, maybe they do and want this and with that I say; see you at the voting booths.

originally posted by: Trueman
a reply to: Extorris

You don't discuss your strategy in public when you go war. You may say one thing and do another. Usually works.

originally posted by: kwakakev
Why is this story coming out of Brussels? Could it be some globalist propaganda? is Esper a never Trumper and just stirring the propaganda? AP has been known for fake news in the past. Already been a heap of fake news coming out with Syria.

Pretty sure it will never work in that capacity. Soldiers don't get to choose the wars they want to fight in. Best one can do is say they have a foot issue like Trump or an asthma issue like Biden (even though he was a star football player in HS and college) or, just say screw it like Bernie and state they will leave the damn country if drafted.

And these are the people that feel confident they can firmly lead our military and people eat it up.

I think step #1 would be for Congress to Revoke it's War Authorization they passed 18 years ago to respond to 911.

Clearly protecting Oil Fields for Saudi Arabia and Syria is far outside the scope of what congress intended at the time.

He was doing the same thing a century ago. The US military is enforcement for US Corporations, to protect the greed of business and politicians. It is still playing on.

Once again, the American people have been deceived.

In a real democracy we could do that.

This is not a democracy, as this incident shows, we are an oligarchy.

I ain't buying anything in the current political and media landscape. Planning to go in is not the same as going in.

A draft dodging president that fires expert military members of his cabinet. What could possibly go wrong?

originally posted by: all2human
Pres trying to do the right thing, but he's not the one behind the wheel.
2c


He's not the commander in chief? Who is?

posted on Oct, 26 2019 @ 09:15 PM
link
Yeah!! Trump is bringing our troops home from the middle east!!
And while that is shouted from the rooftops, how many have been sent to saudi Arabia? And, how many more will we need in syria now that the allies that were doing the bulk of the fighting and dying have been caste aside to fend for themselves? If this is an example of trumps superior ability to play 4d chess, just who is trump working for? Our allies are being slaughtered and run out of their homes adding to a humanitarian crisis that was already too big for us to handle. Instead of our troops coming home we are sending more into a more dangerous and destabilized syria. And, if you think we are somehow gonna walk away in possession or control of that oil, you're naive as all heck!

There are some reports of US forces going into Syria.

With Russia sending in troops as well I do not see the USA going back in just after pulling out. There maybe a some lose ends in the area that a few guys needs to tidy up while things are a bit scattered there.

posted on Oct, 26 2019 @ 11:45 PM
link
Trump brilliant strategy announcing a pullout and then doubling back when ISIS leaders are in a comfort zone.

I think even now some people may be wondering why there in the middle east anyhows. Hell why not just build some oil fields in Alaska and send troops there to protect it from those pesky Canadians?

It would be the smart thing to do. Would it not. But then again, ah, humans and politics, like playing dice in Vegas, when everybody knows that the house is rigged.

Corporate interests and military interests, are kind of one and the same. And well, who pays the bill?

If you believe that for the past 100 years any of them knew what they were doing, you know besides leading with there interests in the forefront. Then for that 100 years, you would have been wrong.

Ah besides. Give war a chance. Not like any of this is war material, maybe exon mobile or whoever, can just hire Blackwater or whatever there called now.

But I see how that would get a bit expensive. Most especially when you can have others pick up that bill.

And this is were politics and all that junk you all watch comes in. To foot the bill.

And that so far has been the story of the wars in the middle east.

I think some are even starting to realize that this whole thing has been like one big tag team match for the past as long as we have been in the middle east. Maybe the US got the tag to guard the oil again.

Not even sure that whats been going on in the middle east for the past 50 years or more even qualifies as war. More like a complicated circumstance of business interests, and who gets to pay and fund it all. I mean sure many have died and will die. But its all more or less, after al these years and after the smoke has cleared, anybody that isn't blind deaf dumb and stupid, well, its been about that.

Congratulations! You are all fools. From the first bombing for freedom, to the latest mess and quagmire, what else can it be said that it was all about? Everybody is bogged down, not like anybody's going anywhere, nor does it look like there will be an end in sight.

And besides, not like anybody has the brain cells to rub together to conceive of anything better to do with all that money time and people. 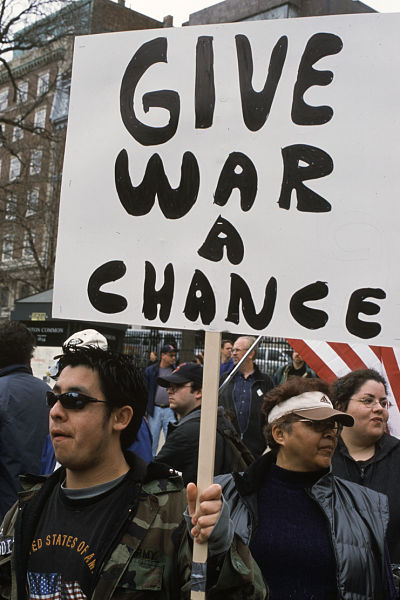 posted on Oct, 27 2019 @ 05:33 AM
link
The Americans are telling lies. What they mean is they don't want the Syrians to benefit from the oil.
Of course Russia and Syria could protect the oil fields.

posted on Oct, 27 2019 @ 09:00 AM
link
How much is the US reliant on middle east oil now anyway.
Somehow, I have gotten the idea that we are pretty much self sufficient. And, if we need to tap any outside source, south america is closer to home. Maybe instead of investing in these endless wars in countries that seem to be always at war, we should spend some trying to befriend our neighbors to the south, invest in building those countries up. I mean, you do realize that while we play war in the middle eastern desert, China and russia are in our back yard, right?
Maybe we should expand our concept of america first a tad. We have two giant continents we could include in that.