The FBI & their chronic Russia problem

Seems to me, that the same spy ring back then is operating today, or it has been replaced and restarted.

Either way, we can't dismiss the obvious history repeating.

A secret investigative team established in 1994 to identify the source of a series of damaging intelligence losses played a crucial role in the counterespionage probe that led to the arrest on Sunday of an F.B.I. agent, Robert Philip Hanssen, officials said today.

The ''mole hunting'' unit -- a joint operation of the Federal Bureau of Investigation and the Central Intelligence Agency whose existence has never before been disclosed -- was formed because investigators could not explain why intelligence operations against Russia continued to be compromised even after the arrest of Aldrich H. Ames, a senior C.I.A. covert officer.

But the two cases were unable to explain the earlier losses, officials said, and the mole hunt continued.

One officer, placed on administrative leave, has been the subject of an investigation to determine whether he spied for Russia.

The Senate Select Committee on Intelligence plans to hold its first closed-door hearing about the Hanssen case on Wednesday. According to the committee, Attorney General John Ashcroft, Director Louis J. Freeh of the F.B.I. and George J. Tenet, the director of central intelligence, are scheduled to testify.

The unit is still in operation today because officials believe it is possible other foreign agents continue to operate within the federal government.

Look how things have changed and yet, haven't.
The FBI instead of doing their damned jobs, have been too busy chasing their own tails and covering up the fact they are infiltrated with Soviet assets and sympathizers. Same as CIA.

No wonder todays intelligence apparatus is biased. They are doing the bidding of their handlers. 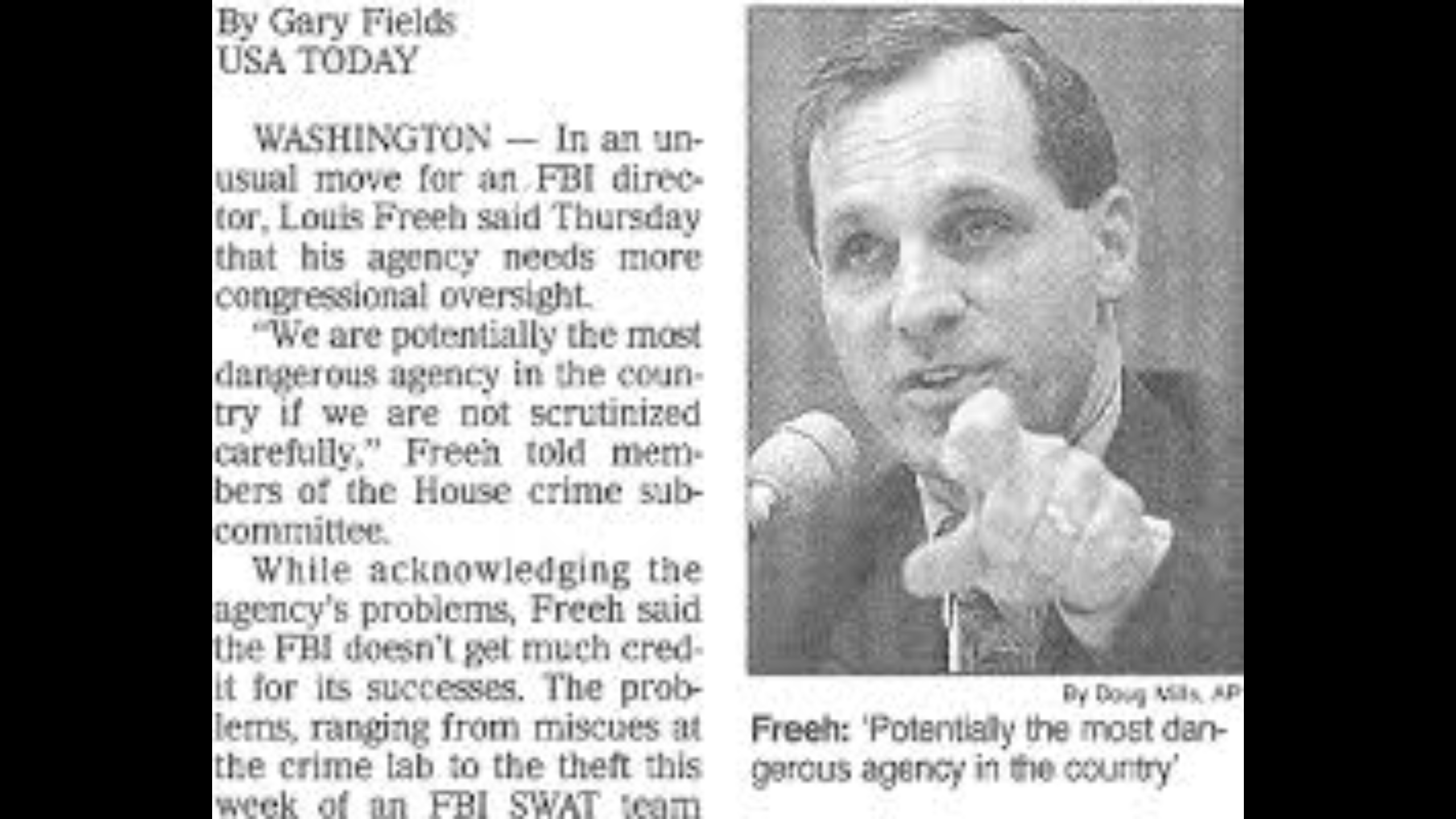 originally posted by: watchitburn
a reply to: ADVISOR


originally posted by: watchitburn
a reply to: ADVISOR

Schiff is being blackmailed by the gay mafia with his connection to Ed buck. He’s erratic, lying and scheming on this level proves he is scared of something. I believe the gay mafia want trump out and pence to become president so they can push their agenda to the max. It like the nra who funds opposition and gun bans to sell more weapons and rally their supporters. Ps I’m for gun ownership I just know the game

posted on Oct, 23 2019 @ 06:52 AM
link
Schiff has to know he is not repairing the "blue wall" with this stuff. Those people switched sides for specific reasons. One being crony political nepotism. If anything, it has severely damaged Biden to the point he can't raise money.

I have no idea what his motivation is but it is certainly not protecting Biden. And once the public gets a real understanding of how all these socialists plans work which is take your disposal income and burn it the game will be up. Removing Trump won't change anything.