Ground motion sensors all over the state will be used to detect earthquakes before people can feel them, and then a notification will go out so Californians can be prepared, according to the news release from the state's Office of Emergency Services.

Warning? Or scare the s#t out of us so they justify more power shutdowns.

I worry about this turning into the boy who cried wolf. We get warnings but nothing happens. Eventually we ignore it.


The launch of the system falls on the 30th anniversary of the Loma Prieta earthquake, a 6.9 magnitude quake that hit the central coast of the state in 1989 and killed 63 people, 42 of them on the Cypress freeway


California Gov. Gavin Newsom encouraged residents to use the system and be better prepared for the next earthquake.

"Nothing can replace families having a plan for earthquakes and other emergencies," Newsom said. "And we know the Big One might be around the corner. I encourage every Californian to download this app and ensure your family is earthquake ready."

Now they can say we warned you but you didn’t.... so no relief money for you.

I’m not bitter or anything.

Sorry for being a bit ranty.

I do hope the tech behind this is legit and trustworthy. It seems like a good idea but so did building dams over fault lines.

I expect it will go off after a 9 hits out there.

Great. Another app that notifies you about irrelevant information every five minutes.

Or and app that even works

I know It’s a new app so it will naturally need some updates, nevertheless here’s what we got so far. 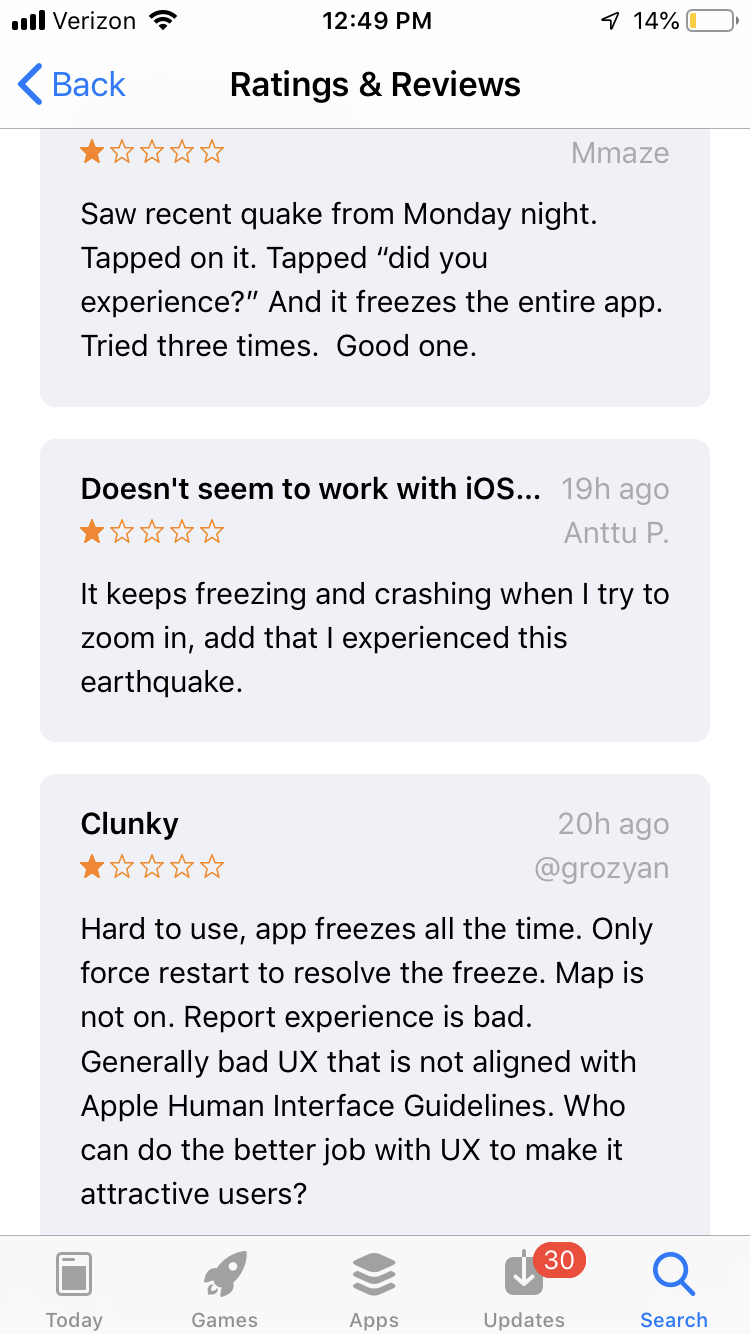