You are most correct that I have a human problem Ketsuko and most of my rant was directed toward them.

I threw the end part in as bait....and look at the reactions

originally posted by: IAMALLYETALLIAM
a reply to: schuyler


Funny guy, but you're just being provocative. Cats are not the problem. The neighbor is, and so are you. Cats don't give a crap that your kid wakes up.

Sorry I love cat's but you can get Cat Repellent to drive them from that alley.
diygarden.co.uk...

Useless though, hardly there was a plague after a pope who feared cat's declared black cat's were evil and so he started a mass killing of our feline friends in Europe which led to the rat and mice population getting out of control and contributed toward the spread of plague.

Farmers keep cat's for a reason.
They Main Coon a favourite in the US was bred to protect grain from mice and did so most affectively.

But hey some people love cat's and other's hate them that's just the way it is, better cat's crying outside your apartment than rat's and mice scurrying around it and leaving there filthy dropping's and rat pee everywhere that your child is going to play in the home.

posted on Oct, 16 2019 @ 08:46 PM
link
I'll give you a flag but I'm having trouble with staring your rant in that I love cats. Oh hell, Ill go ahead and give a star as well because I can understand where you are coming from and it made me laugh.
I have 2 cats and they roam in and out the cat door. But I live in the wilderness. I have all kinds of critters coming here. Had to shoot a boar racoon a while back. Ferrel cats coming around. I almost took one in not long ago. Was going to take to the vet for shots and castration but I'm glad I shot it instead. Fricking cat was spraying everything. My entire front porch smelled of cat piss.
I can imagine my nephew's home in Dothan, Alabama sounds like your place. If I can think of anything you can do to resolve the issue I'll let you know.

Left unchecked, they destrroy our lawns and veggies through the usual methods.

We only grow veg now just for fun and to bring som colour and variety into the garden, we won't even risk eating it after some of the stuff we've seen.

I don't blame cats for being cats, cats are awesome, they just, well, cat.

Another thing that irks me is that not only do they crap and spray wherever they feel like it, but they decimate native wildlife at will, much of it endangered.

Over here, it's law that you must have your dogs under control at all times, and there are fines if your dog fouls without you cleaning it up.

Why do cats and cat owners get a free pass at everybody else's expense? Why do I have to puke on my own lawn while clearing up the results of someone else's poor life choice?

I did find a solution in he end, which I actually need to reinstate: The motion activated sprinkler system, here's my daughter testing it out for me (she had no idea at the time, lol);

One of our neighbours cats used to let herself in all he time and sleep on the sofa for a bit, but she was never an issue, it's her bigger sister and brother that like to make a mess. 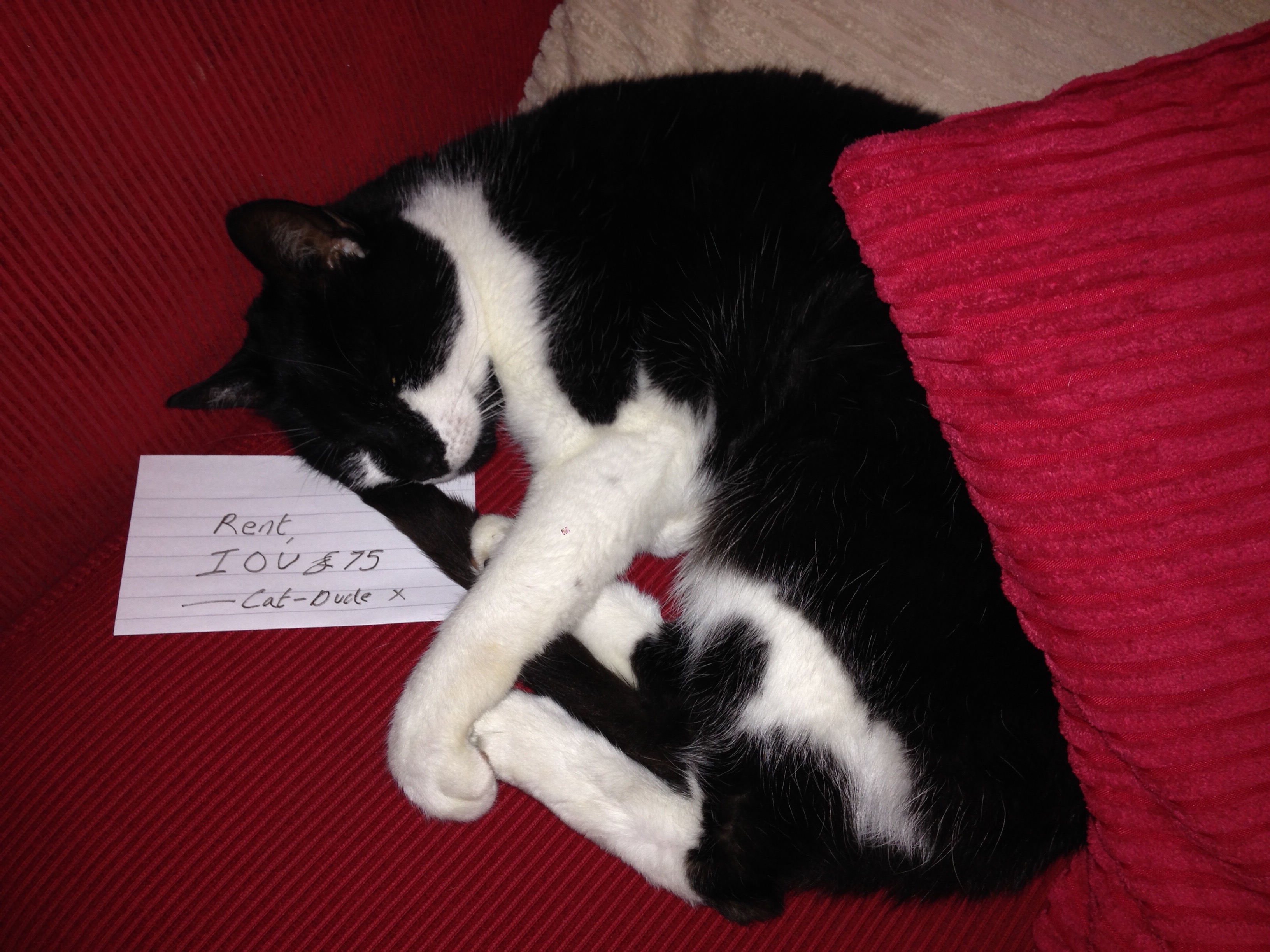 She sadly died some months back.

Got that kind of trouble with cats and a well aimed garden hose did the trick. Cats have wonderful memory.

posted on Oct, 16 2019 @ 09:19 PM
link
I love all animals...cats and dogs included. That being said...I do understand what it is like dealing with ANY animal that has made itself a nuisance.

Have you considered installing or utilizing deterrents around the property to discourage them from hanging around? Cats are very sensitive to smells, for example... But if you don't want the constant effort of re-applying aromatherapy around the yard (although your wife might like that....), you can google "cat deterrents" and get a slew of ideas that won't actually harm the animal but keep it away from your daughter's window.

posted on Oct, 16 2019 @ 09:21 PM
link
I am the opposite. I despise dogs for the smelly, scavengers they are. Cats are amazing animals and I have my cat on me right now licking my hand and being friendly. I have three cats in total. Sadly I also have a mangy mutt living with me thanks to my daughter. I love her so I tolerate the poop eating suck up of a dog.


originally posted by: IAMALLYETALLIAM
a reply to: schuyler

I was being cheekily provocative in the OP. Then this soy boy internet tough guy insinuates that should the veil of society collapse he would feed me and my family to his (dead) cat. A completely unreasonable over reaction.

Do tell how I'm the problem when I am choosing the diplomatic option with my neighbor? I could have;

- Called the council and got the ranger to go around
-procured a cat trap then taken it to the pound
-poisoned it (disgusting, would never do that though plenty of people do)
-set an ambush
-set my dog on it
-yelled and screamed at and threatened the neighbor

Alas, I am an adult so have done and will continue to do the adult thing. Those triggered by my dislike of cats are not anywhere near being able to claim such a title as adult though.

Haha thanks for sharing that video! Hilarious!

Are you in Australia? If not, we have the exact same problem with cats decimating native birds and wildlife.

I'm also genuinely sorry to hear about the loss of your cat - whether I like them or not I empathise with the loss of a pet (best friend).

In all honesty, there are individual cats that I quite like. As you have garnered, this was a rant hence it being in the rant forum. Some people are just very fragile.

Thank you and yes, I have a product like that you speak of to be sprayed around to deter these pesky felines from hanging around there.

My point of frustration is that I shouldn't have to.

My bull terrier doesn't roam freely around the neighborhood and peoples yards so I expect similar consideration from others.

Go and talk directly with the cats. Tell them, in a polite and calm way, "Hey, felines, i am bothered by the noises you make. Would there be any chance that you just stop that or go somewhere else and do it?"

They will care 100% as much as i do about rants that are misdirected.

Thank you for your sanity and sense of humor - other cat aficionados could learn a lot from you.

I always believed raccoons to be docile, even cute creatures until I read a few news articles recently - nasty little buggers by the sound of it.

Rants don't need to be rational - the idea is to get a frustration off your chest.

If you read it properly I only unloaded on cats at the end of my post, most of the rest of it was the irresponsibility of the owners.

No problem. I tried to ask my friend's cat to reply to you, but she was busy dropping stuff to the floor from the table.

originally posted by: Nothin
For anyone that thinks kitty-cats are sweet: just image how they would treat us, if they weighed as much as a lion or tiger ?