posted on Oct, 16 2019 @ 01:56 PM
link
What a fool as she keeps ginning it up. Her sick act along with "The View" actors alone keep the conspiracy theorists in a mother lode of stuff for the next 10 years alone. Actors is the correct grammar usage here and not actresses. Better yet Anarchists.


I hope the link works as Yahoo or other is trying to compromise it:

Griffin made the rare television appearance to promote her new film, Kathy Griffin: A Hell of a Story. It focuses on the backlash she continues to receive over her infamous 2017 post of a photo of her holding up a bloodied Donald Trump mask. “The fact [is] this photo I took was not illegal, covered by the first amendment,” Griffin said. “You can be offended by it, it’s OK. It was a mask with ketchup.” Williams brought up the fake Trump massacre video and how it was affecting Griffin.

Has there ever been such a desperate hag since... Hillery?

She needs to just go away...they both do.

posted on Oct, 16 2019 @ 01:58 PM
link
Kathy Griffin comes as close to being both famous and anonymous as anybody out there despite how much self-promotion she does. Had she not brought it up, I would never have made the connection. Or remembered who she was.

A real gem. What an absolute arse.

Actually shes looks quite crusty skank since she lost her CNN gig.

From what I observe, this is a constant topic with these people. Spinning the narrative and making the offender into the victim.

They project their own violent thoughts onto their "enemies" and try to blame them for that. They blame for things that they do themselves and that makes them hypocrites.

posted on Oct, 16 2019 @ 02:16 PM
link
I never found her comedy funny and her doing the New Year broadcast was just an awful way to start a New Year. While the head thing was in poor taste and a stupid thing to do, it was free speech and more power to her. The hypocrisy and PC malarkey is what made her the scapegoat for the culture police. If she is looking to revive her D- celebrity status, why would she do something like this all over again ?

I guess she realized that to be relevant she had to go for it again. Wonder who put up the money to make the documentary anyway ? Not exactly going to theaters to compete with the Joker, so seems to be just another shock and awe project to resisutate her career and some film student a B from his Professor.

posted on Oct, 16 2019 @ 02:19 PM
link
This is a ploy to boost viewing of her video. People on both sides will probably want to see it. A stupid way of doing things, she might fire up a loose cannon and actually get targeted.

There are lots of fools looking for recognition in this country.
edit on 16-10-2019 by rickymouse because: (no reason given)

Correct: See Tom Steyer and Kamala Harris. Seems to me they both are being championed by The Deep State since Epstein went bye bye.

posted on Oct, 16 2019 @ 03:48 PM
link
No one has ever really known why they even know who she is. I don't remember her in any movie or TV series. I suppose she has been, but that doesn't bode well for an actress/comedian if you ask me.

Another issue is why are all these female comedians just not ever funny? Talking either about how dumb "conservatives" are or talking about their vagina. It's weird. I can't imagine living a life like they do. I suppose someone is paying them, but why?

Anyway, she is annoying and that is about all she is.


Is she now a tattle tale?


"But you guys aren't scolding THEM. Waaaaah Waaaaah!"

posted on Oct, 16 2019 @ 06:32 PM
link
Kathy Griffin learning that actions have consequences, and that she isn't the most important thing in the room. 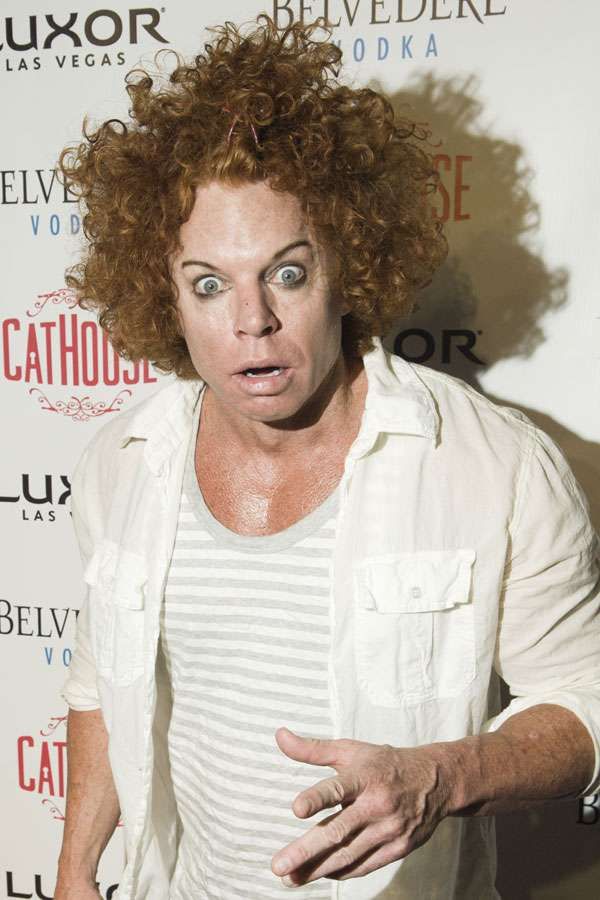 I had completely forgotten about that whole severed head photo shoot thing until now. And tomorrow? I'll forget about her playing victim in a world where almost everyone plays victim. They need to just change their damn names to Victor Timothy - all of them! And then number them all like in Logan's Run. Victor Timothy 1. Victor Timothy 2, etc... And once they turn 30 (or 21), carousel them all!


What a fool as she keeps ginning it up.

A fool that's getting paid.