originally posted by: Zanti Misfit
a reply to: Nothin

Maybe questions are good ?
Let's give them a chance !

Trump is not as bad as all democrat candidates together.

I even wrote a tread on it, over 2 years ago. If you're into conspiracies you might suspect intention.

But alas - you are not writing about said conspiracy. Nor about anything extraterrestrial, no ghost in sight, nothing about the dark schemes of the Illuminati or not even a nice juicy piece on 9/11. No, dear man, instead you're also spouting the same political dribble that you are complaining about.

So, what's the use then? Nobody will change xis mind on this, believe me.

Cease, and try to write something about what ATS is all about. If you don't, fine with me, but in that case you're merely contributing to the effect you abhor.

If people are stupid enough to believe Donald Trump is telling them the truth, chances are they gave up on truth as an objective concept a long time ago.

There isn't any reasoning with these people. I seriously doubt there is one Trump supporter on this entire site who is even capable of not blindly following the party line. They're pretty much indistinguishable from each other. I can't think of one original thought about anything I've ever heard from any of them. Just the same manufactured foolishness over and over again.

And they take pride in it. Lmao.

I say this as someone who grew up around this same kind of dumbass thought process. And I've viewed it from the outside for a long time. The thing about people that are proud of being ignorant is that they never realize their attitude is only making them look stupid.

Their complete lack of self awareness guarantees they will always end up the losers they claim everyone else to be. And that's something they can never escape from.


Pretty much, although this meme was made before trumps presidency it does a great job of showing the mindset of of trumps followers. 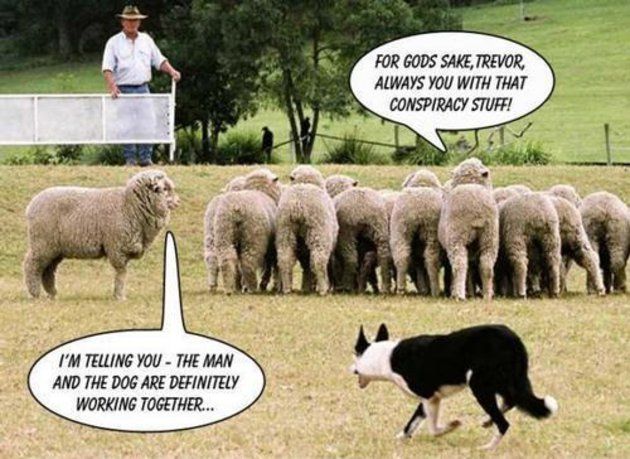 I took the time to read your OP.

You owe me 1 minute of my life back.

A logical failure of staggering proportions and completely un-American.

Only takes a second to read


Referendum on Socialism? Man Americans have the most warped view on what Socialism means. I know Sanders has used the word "Democratic Socialism" but what he describes when he says that is just European Social Democracy, which is centre left policies from the European spectrum of politics. His policies are just stuff that most of the rest of the western world have had since the post WWII years. There is no Socialism in the works for America by any traditional Marxist definition of it. Unless the definition of Socialism has changed in the 21st century?

posted on Oct, 16 2019 @ 08:52 AM
link
Those who are pointing their fingers at him are liars, how you can accept Adam shiff reading a made up transcript to the American people? Joe Bidens son selling out his fathers office in extange for personal gain, while Joe lies and says he doesn't know anything about it, it's trumps fault. Warren lied about her race to get prestigious positions under affirimative action. The list can go on and on...

Your outburst here claiming we can't see truth, it's obvious you are choosing a personal truth as many do, and ignoring inconvenient aspects of reality that don't fit well with your chosen narrative.

I know all the coolest news networks make a narrative, doesn't make it truth. You must still think trump is a Russian spy?

Why they wont beleive the anyone but hillary aspect I will never understand.
The "referendum on socialism" at this point appears accurate.
How they have no viable moderate candidates is shocking as well.


that is scarily accurate imo
sadly the dnc doesnt care

I have never been a fan of Trump. I see him no differently then I do any of the other lying, thieving, self promoting people in our government and in big businesses.

But the fact that

:thousands upon thousands of independent and unrelated journalists, reporters, investigators, etc etc, from all areas of the world and all walks of life and all areas of the political spectrum and working for a vast multitude of different employers and news agencies, who have reported wrongdoing by Trump

who are all being paid from the same kitty, have made Trump their target, instills more doubt in me than belief.

By no means am I saying that Trump has not lied or is completely innocent, but if you are going to accuse him of a crime, don't hide behind an anonymous source. For all the flaws you point out that Trump has, name one long term politician that isn't as guilty of the same character faults. Put out the name of any well known or wealthy person and watch the accuser come out of the woodwork.

I have been the victim of false allegations, brought against me my a nameless one, that even after I had solid proof by way of written documentation, email, and text messages, the whispers still continue. Even though it was proven and determined that the person lied, the lie is still being circulated.

Accusations have a life of its own, and just because accusations abound, doesn't mean that they are true. I would take a harder look at those that are casting the accusations, to determine their motive for speaking and not taking action, then I would at investigating an in your face Trump.

Just my point of view, coming from someone that is not a Trump supporter.

posted on Oct, 16 2019 @ 09:36 AM
link
I read your post. The whole thing, which frankly amazed me. I usually have a much lower tolerance for blatant ignorance and hypocrisy.

Basically what you said was, "Trump must be guilty of something because of the number of people who believe that to be true". And you think people who like Trump are the gullible ones? You fell right in line and believe that a man who has not been convicted of anything is guilty just because people said so. No proof, no convictions, nothing that represents solid fact, but you believe it enough to write this rambling diatribe.

On the other hand you have hillary... Her list of crimes is impressive to say the least. The true conspiracy was on the part of the obama administration and the democrats, along with a criminal media, to prevent justice from being served on a career criminal. That crooked byatch is as criminal as they come. I don't care who you are - no one has 56 friends who committed suicide.

The good news for you is TDS is not only treatable, it is curable. But it takes the ability to admit you are wrong and the fortitude to demand real truth instead of the pat on the back feel-good politics that drive the democrat base. They solve nothing, and in fact make most things worse, but at the end of the day democrats pat themselves on the back for whatever it was they did and claim they did it for you. Look at the big cities run by democrats and then remember - they did that for you...
edit on 16-10-2019 by Vroomfondel because: (no reason given)


Then perhaps you can change that....

If a dork like Alex Jones can create an empire by yelling and looking goofy, so can you.

You can start by availing yourself of public access TV like Alex did. Start an LLC for a production company and you're in the News business!

Wow, that was adorable.

We can apply Occam's Razor to the Left leaning crowd, and come to the simple conclusion that you're all completely nuts.

We could also peruse through the comments and see everyone tear you to shreds over your denial of reality, logic, and misunderstanding of legal procedure, total hypocrisy and personal preference of feelings over facts.

Both avenues lead to the same conclusion - We're all laughing, but we're not necessarily laughing *with* you...

Imagine posting this and then someone tells you how Occam’s razor actually works.

The premise of the op.

They don't like Trump so no one should, and all the npcs are suppose to ride the short bus together.

posted on Oct, 16 2019 @ 12:33 PM
link
OP you can't blame anyone other than the democratic party. They did it to themselves when they pigeon-holed their own the first time (Bernie amongst others) so Hillary could be the ticket. I was and still consider myself an independent but I totally despise almost every candidate that is on the left (except Tulsi Gabbard, I kind of like her). The only thing Trump is 100% guilty of is having Diarrhea of the mouth. I then see 100% contradiction from the left almost on a daily basis and quite frankly I'm tired of it.

Some people have the inability to accept that some people don't agree with them..

With all that opinion of yours you sprinkled in I think you lost site of the big picture. I give you a point for trying to come across as smart for Occams Razor but I believe it also says you cannot over simplify something. Which you did in spades.

That same media you speak of was largely silent during the Obama years. So you will have to forgive us for not being impressed by their critique of Trump whom from day one the media and the left went all in on destroying. Did you forget how a huge majority of the media pushed a well crafted lie about that kid who died---Trayvon Martin? All your big lefty rags reported on the racism of the white man. Who was not. And of course that tape--who could forge the tape with those racist comments made to the dispatcher (they weren't)

If I have to assume the "thousands" you speak of have integrity.....well why?

Maybe though you should really really really save your vitriol for those you defend----they all pushed the narrative that Trump was in Putin's pocket. That collusion and obstruction was ironclad. Sooooooooooooooooo...