What say you regarding TRUTH in advertising?

That there is none, for any entertainment media company.

Fox literally posts the motto "fair and balanced", while at the same time being "honest" about being more conservative?

It doesn't make sense, but it's an open secret that most people know, about every MSM outlet. They are all manufactured to make money, and appease their consumer base. Each feeding the toxic polarization by outraging opponents while pandering to the like minded. At the end of the day, zealots on either side won't even stand to hear perspective from the other side because of the repugnant image the mouthpieces give it.

To it's credit...FOX includes BOTH News and Opinion shows in it's lineup...labeling each appropriately.
CNN's own Media coordinator states CNN does NOT do this...in fact, he states they are intentionally misleading their viewers to believe that ALL CNN's programming is unbiased.

Even when a major network has a "strictly news" program, that doesn't make it immune from people loading the headline with leading wording. All major networks do it. You can see the slant by going to news.google.com, looking at a story group, and comparing the headlines.

Fox has an obvious bias through and through, as does the likes inversely of CNN, and MSNBC. All of them put on a facade of being factual while misleading with different techniques. All of them have openly bias pundits who have worked their way into prime time slots that used to be filled by less sensational anchors.

But Fox puts "fair and balanced" below their logo, and peppered in commercial breaks. The fact is we all know that's utter tripe. I'm not making a case that they're worse, more or less they're a different flavor of the same dish.

This was evident when Smith left the network, and there was celebration by many because he didn't follow the model.

Again, I'm not making a case for who is worse or better, because it's all a toxic model at the end of the day. Comparing garbage to me comes up fruitless. Look at Mediabiasfactcheck.com, Fox is on the right, CNN and MSNBC are on the left... This comes as no surprise other than partisans who view their flavor as "correct", therefor seeing it as "better news". The only thing Mediabiasfactcheck got wrong is their evaluation CNN and MSNBC are mostly factual whereas Fox gets a mixed rating. They all deserve a mixed rating in the factual department.

Look at any large sample group poll, and you'll see people see them as comperable levels of bias, the most in the industry of major outlets, and that's because their model is 24/7 entertainment media, not reporting the news like outlets who don't need to fill every time slot, but still have their tinge of bias.

If someone prefers COKE to PEPSI...the cans need to be labelled for the benefit of the consumer whom prefers one or the other.
Lots of COKE fans...Lots of PEPSI fans.
There are ALSO many people that just grab any soft drink off the shelf because they're thirsty at the time.

My point is that many people just turn on CNN or FOX because they want ACTUAL news.

With FOX...these viewers are ALSO told that some designated news programs on it's network are presented as opinion, while others are straight news programs...It's on the label.

With CNN...THAT fact has been intentionally omitted...and as CNN's own Media Coordinator points out...THIS is a strategic effort undertaken to intentionally mislead many news consumers.

What exactly is supposed to be a revelation in this "expose"?

That CNN has a profit motive? OK, ditto every other news media outlet for decades now.

The bit about CNN "Creating" Trump. Yep, the news media helped Trump win, including CNN. Trump has always been a hound for publicity and press coverage, the News media ate him up in 2015.

Zucker telling them what news to focus on for the day doesn't seem unusual for a network.

Is the revelation that most people at CNN don't "like" Trump? Who the hell needs an "expose" to tell them that?

Where is the beef?

What am I supposed to be shocked by?

Help me out. Watched the whole video and not seeing the meat.

posted on Oct, 15 2019 @ 10:10 AM
link
The hypocrisy in this thread makes me laugh. For 8 years Fox and the Republicans had a vendetta against Obama. even back to when Clinton was president. The Republicans stopped at NOTHING to try and get Clinton out. Yet here we are where you have a video stating what most of us know, CNN doesn't like Trump, that doesn't sway my opinion on Trump, I listen to the facts of what is happening and base my own opinion on that and the laws surrounding what they report, BUT when you look at FOX they most of the time try and either distort the facts (yes CNN does that sometimes too) or flat out don't report on whats happened, Then they get their 2 big guns Hannity and Carlson to blast nothing but lies to their narrow minded supporters. What I find funny is that one is connected straight to Trump and yet you call CNN biased??. You people need to go back and take a long hard look at whats really happening. I hate to use whataboutism, but you are all screaming about corruption with Biden, yet Trump right in front of you calls for CHINA to investigate Biden. If Obama had said umm err China if you are umm out there, investigate Bush for umm war crimes, your heads would have literally exploded. Michael Cohen sat in front of congress and warned people in trumps circle to stop doing what they are doing because his fate will become theres and not a year later Giulliana is in the same hot water if not worse. and the funniest thing of all, the whistle blower is going to turn out to Bolton. you couldn't write a better script.

So instead of saying this CNN news/ fox news is fake news, grow some brain cells, use google every now and look at the facts of what is happening. And for the love of GOD stop going to you Qanon meetings (yes that was a joke just relax).

Tell that to Shep Smith.

"Fox News":
Report the news this way or else.


LOL
Tell that to Shep Smith.


Your point is (again) ridiculous.
Shephard Smith ASKED to be released from his new multi-year, multi-million dollar contract with FOX.

Smith, in a statement released by Fox, said he had asked the network to release him from the multi-year contract he signed just a year ago. Smith said he intended to “begin a new chapter.”


for what crime?
from what justification?

what will you shut down next weekly world news?

Good call. CNN has as much credibility as Weekly World News.

posted on Oct, 15 2019 @ 12:15 PM
link
Always fun to see those on the right totally sell out their ideals for party (national debt anyone? remember when this was the biggest and scariest issue?).

Capitalism and freedom of the press, nah... we want big government! "Clown world" for sure.

Thanks...you beat me to it.
How about giving PART 2 it's own thread?

Go for it man i will remove my post!

No time now.
All yours...I'll contribute.

posted on Oct, 15 2019 @ 11:51 PM
link
For anyone being critical of this story, it's important for the public to realize the extent to which they are being deceived. There are many people out there, around the world, who hate Trump for being ... and ... and ..., when he is NONE of those things. Why? The mainstream media. People believe blindly in their 'trusted' news reporters. Many, many people do. If Fox News gets exposed next, fine. Anyone who outright deceives the public with propaganda of any kind needs to be exposed. The public needs to realize the extent to which they have blindly trusted strangers to tell them what's what. People need to start questioning what they're being told.

originally posted by: XCrycek
I'm sorry but I fail to see what the shocking crime is?
So CNN has anti Trump agenda..
Fox had anti Obama agenda..

You think those are the same thing?

How much debt increase is happening under Trump?
How much of it is the $400 BILLION in interest repayment Trump was saddled with?
How much of it is fixing the military that was crippled under Obama, to the point our aircraft could not even fly.

Trump can't do much other than ask Congress. Congress does the spending. The problem with Obama was his demand Congress spend more and his attack on Republicans who tried to limit it. 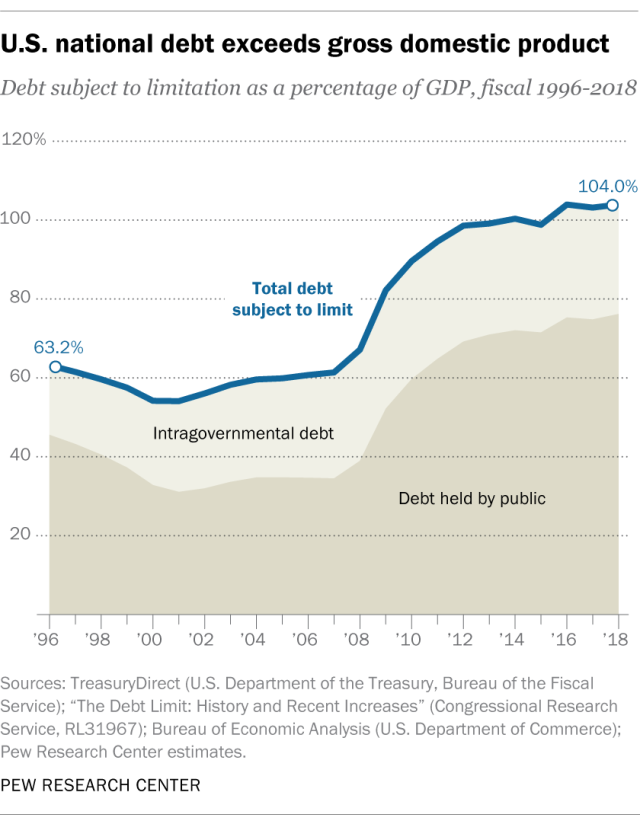 posted on Oct, 16 2019 @ 11:49 AM
link
CNN getting horrible marks for its Debate Coverage and Moderating last night.