originally posted by: Krakatoa
It's all pablum for the uninformed masses. Used to sway public opinion, "By Any Means Necessary". Hmmmm....that phrase sounds eerily familiar.


Sometimes, you have to fight fire with fire.

posted on Oct, 14 2019 @ 12:26 PM
link
Yeah, it was just a big mistake. Nice plausible deniability. Except for the fact that is the same exact B.S. they pulled during the Iraq war. And the many wars before that. They just assumed people were still asleep and wouldn't notice...

I've argued since the Ukraine "scandal" broke that this was the Neocon warhawks undermining Trump to weaken his political footing and goad him into a ground war in Syria on behalf of Mohammed bin Salman. By weakening Trumps political position they think they can pressure him into green-lighting their war crimes by committing to yet another unwinnable ground war they can profit off of because Trump will now need that war in order to strengthen his re-election bid.

I've been expecting this from the minute John Bolton came aboard. And everything that has played out since only strengthens that theory. It should be highly alarming that these evil scumbags have this much power to manipulate people into getting what they want even when a sitting Republican president is against them.

Unless we stay vigilant we are finished.

Of course they knew it would be recognized, they don't care though because they know they can get away with it and it'll trigger a whole bunch of people in the process. They did it so this conversation would happen and continue to push people toward the fringes and radicalize them that much more.

I think it was during the Ferguson riots, that a "journalist" showed pictures of rubber bullets that police were using on the protestors, that were actually ear plugs! 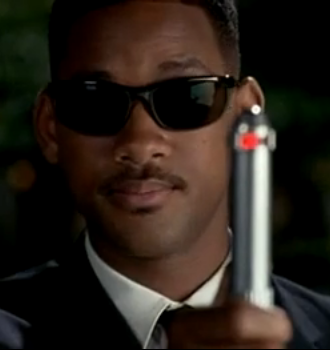 Excellent question.
They don't care because 90% of people will never know it was a fake.
They only need to influence a relatively small number of people to drive home their agenda.


originally posted by: Raggedyman
But surely, they knew it would be recognised, why didn’t they care?

Because their followers are so full of hatred and 100% brainwashed they won’t even blink when seeing a day or two later that it was actually propaganda and fake news, the poison has already been administered, they’ll be topped up to 100% rage levels that it might only fall to 99% once they’ve seen it was fake if at all, due to media algorithms diverting or burring the News of it actually being fake, same with the little girl who had her hair cut of by 3 white Racist

Trump was correct the MSM truly is the enemy of the people, teaching them to hate and divide 24/7

In a fast moving story such mistakes do happen. Think about it? Even Fox News back in 2011 messed up and used Athens riot footage believing it was riots in Moscow. It is just down to poor research and not taking the time to verify the source of the footage.

posted on Oct, 14 2019 @ 05:09 PM
link
a reply to: shawmanfromny
They did this before, but before it was turkey claiming attacks against Kurds in afrin. Knob Creek gun show?? Bigburgh helped me I'd it when I swore I saw American flags in the foreground.

Could this be part of a one world government plan. Destroy the people’s trust in the traditional Media. Replace it with a Verifiable new “transparent” media. It would be easy for people to accept. Even if this “New Media” that emerges from the ashes would be just a small percentage more transparent they would seem like Prophets of truth compare to what we see now from the MSM. Exchanging evil for bad, a false light.

Almost feel like the MSM is Going Out Swinging here. Ensuring a complete destruction of the “Old Media” to usher in a New Media that speaks with one common voice.... Nimrod?

It all feel real good now to watch it come down, but what will be the ramifications of it all? What come next?

It's not a mistake. They did it on purpose. Before this most people had never heard of the Knob Creek shoot. Now they have. It is more anti-gunner propaganda. I mean just look at that there dangerous fire-spitting AK-15 with the 50 centimeter bullets!!!

You have to see from where the footage originally came from. It was created by a pro Turkish Government news agency and obviously news teams such as ABC would be trawling for footage from the conflict.

Screen shots from the pro Turkish Gov news agency on their claim that Kurdish ammo dumps were destroyed in Tel Abyad, Syria. I've right clicked to give the English translation.

They are using screen grabs from their video upload which incorporates the Knob Creek footage. 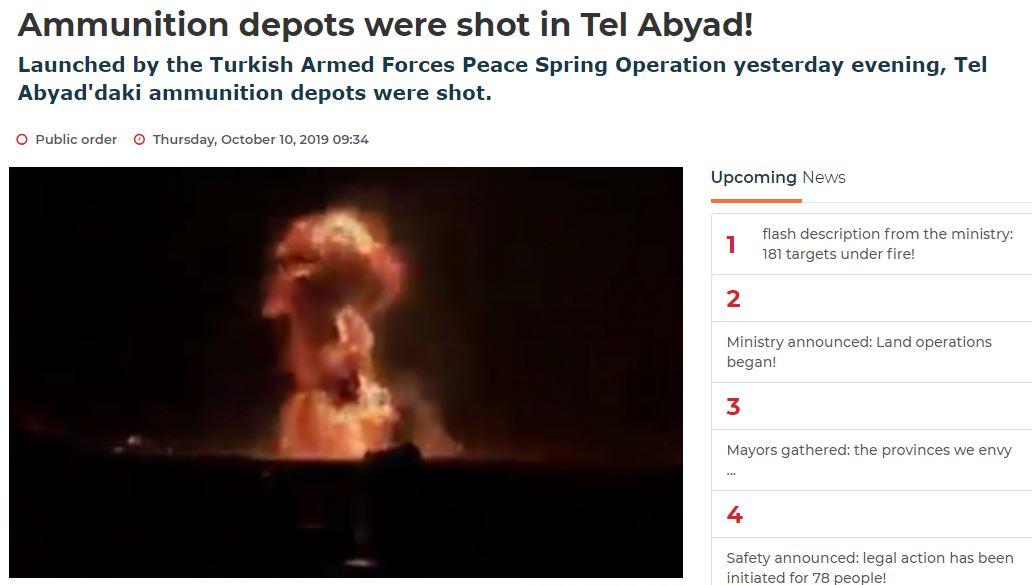 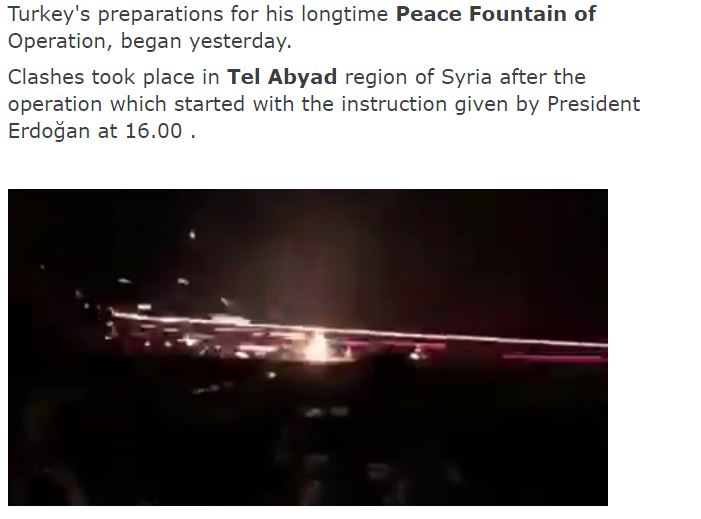 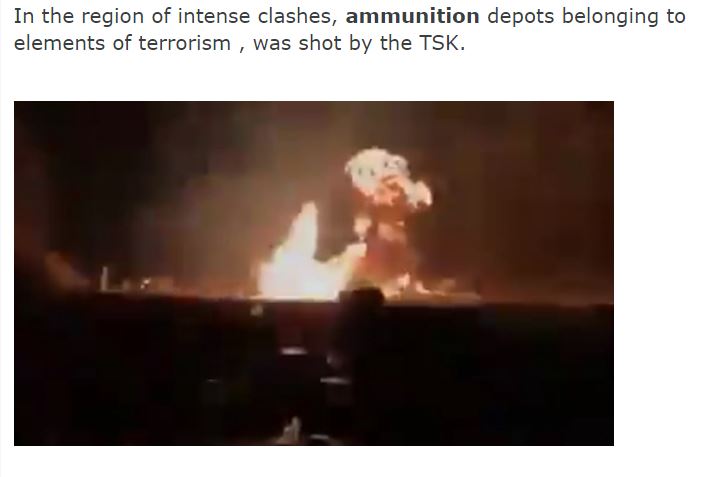 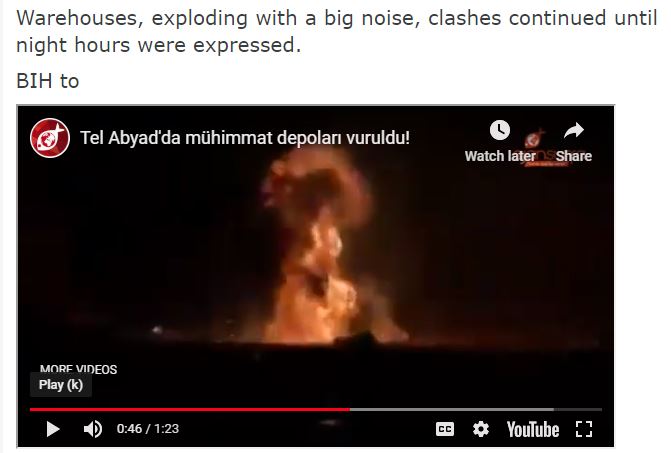 From (Link in Turkish)

See from 0:41 the Knob Creek footage used to claim that Kurdish ammo dumps were destroyed in the town.

Again, simply lazy journalism. No different to Fox News showing Athens, Greece riots and claiming that is was footage from Moscow unrest.

With fast moving stories these errors are bound to happen. MSM at the time of the MH17 shoot down were showing footage that had been uploaded on the internet of totally unrelated aircraft shoot downs. All because they were being labelled as "MH17".

originally posted by: JIMC5499
There's a reason that Journalism is a LIBERAL Arts Degree.

Liberal meant "free man" back when that terminology was used.

So it meant "Free men's Arts".

Why did everyone allow the Democrats to steal the terms "Liberal" and "Progressive" when they are neither?
edit on 10/15/2019 by muzzleflash because: (no reason given)

posted on Oct, 15 2019 @ 08:26 PM
link
a reply to: Raggedyman
Because there are many ignorant Americans out there and believe anything if it is represented by mainstream media.

>>> They tried to sell the US people this war in Syria when they accused the Syrian government of bombing and gassing its own civilians. Then they backtracked because they could never prove it was them and it looked like foreign powers were actually guilty of it. And then ISIS was slaughtering christians and we had to get involved. Never mind it was our own deep state that was funding and supplying the ISIS terrorists. Then we brought Syrian refugees here which weren't even christian refugees but friendlies to our own government and were either being readied to go back to take over the country after we ousted its current government. They were just being moved out of harms way. You see them and their families in stores and grocery stores here in the mid atlantic. Fat happy and not a bit the worse for their ordeal. All so we can run a gas pipeline through Syria and take over its banks. But apparently Putin and Russia want a piece of the action. Trump's a jerk most of the time but he's usually on the right side of the issues. I think he's screwing the deep state over as payback for the Ukrainian witch hunt. Good for him.