originally posted by: JustJohnny
a reply to: maddy21

Isn’t repentance a major centerpiece of Christianity as well???

I was always led to understand that there was no crime/sin you could not honestly repent and accept Jesus into your heart , and not receive forgiveness for?!?!
I agree completely that it is a horrible rule, but it is not a new one.
An oh so common critique of Christianity is the “ child molesters go to heaven after repentance, but Indian medicine men burn in hell”..

Repentance is not enough in my book...... thats too easy.

Atonement would be better.

originally posted by: JustJohnny
An oh so common critique of Christianity is the “ child molesters go to heaven after repentance, but Indian medicine men burn in hell”..

Jeffery Dahmer is in Heaven. He took Jesus into his heart after he took people into his stomach.

Deflection? Not at all, I don't agree with either scenario. Just putting some things into perspective is all.

And only Allah can judge the heart of a Muslim, but here we are judging this guy for saying basically the same thing every preacher in America says about Allah... I mean Jehovah... I mean Yahweh... I mean Jesus. Whatever you wanna call it. 😂

originally posted by: tinner07
a reply to: Oleandra88


The hardcore fanatics of Islam are just incompatible and intolerant to our society.

The same could possibly be said of hardcore trump supporters. 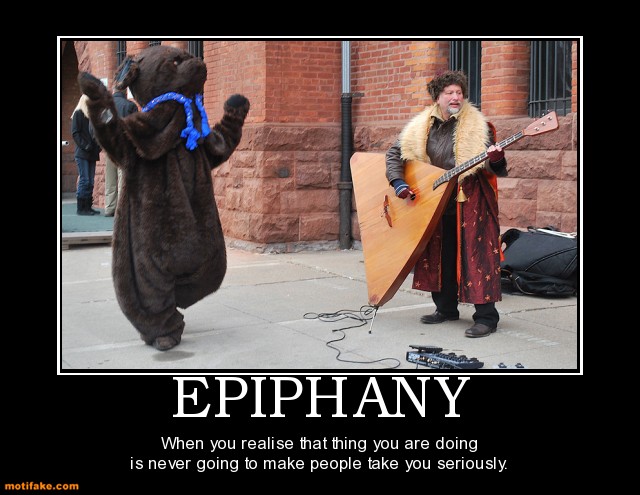 This guy has so much anger! No matter what religion or culture, this behavior is not acceptable. Someone give him a hug or something. Man!


Deflection? Not at all


Sorry that I popped that bubble of yours.

You need to pop that bubble between your ears, then you could see the hypocrisy of your statements.

You being a hypocrite and deflecting my argument onto other people has no bearing on why I disagree with you.

I just think you are wrong about certain issues. That's all.

Prison is full of repentant monsters who I do not doubt at all have honestly repented....

Wouldn’t stop them from murdering another child if released, but they mean it..

Hmmm, wait a sec: if heaven is full of rapists and murderers, whom pretend to be pure: how is that different from our societies ?

originally posted by: Silcone Synapse
a reply to: maddy21

...
As for the guy in the video,IMHO he should be investigated and prosecuted-if he hasn't already been killed fighting for daesh.

These guys don't tend to put their lives on the line. They are way too comfortable making money and getting paid for their rhetoric. They tend to get others to do the fighting or donate to their mosques.

Regarding what's actually said in the video (which is different from the title of this thread, which is already spinned to sound worse), if no one can see them, they might not even bother praying themselves. The fanatic religious act is to be seen by men. That's why Jesus said (warned):

“Take care not to practice your righteousness in front of men to be noticed by them; otherwise you will have no reward with your Father who is in the heavens. So when you make gifts of mercy,* [Or “gifts to the poor.”] do not blow a trumpet ahead of you, as the hypocrites do in the synagogues and in the streets, so that they may be glorified by men. Truly I say to you, they have their reward in full. But you, when making gifts of mercy, do not let your left hand know what your right hand is doing, so that your gifts of mercy may be in secret. Then your Father who looks on in secret will repay you.

“Also, when you pray, do not act like the hypocrites, for they like to pray standing in the synagogues and on the corners of the main streets to be seen by men. Truly I say to you, they have their reward in full. But when you pray, go into your private room and, after shutting your door, pray to your Father who is in secret. Then your Father who looks on in secret will repay you. When praying, do not say the same things over and over again as the people of the nations do, for they imagine they will get a hearing for their use of many words. So do not be like them, for your Father knows what you need even before you ask him.” (Matthew 6:1-8)

Something some religious leaders within Christendom could learn quite a bit from as well. Why do you think some of them wear special robes or a distinctive collar? To be seen by men as 'men of God'. To stand out.

Of course, there's no such warning or prohibition in the Quran. At least as far as I know, let's say I've never heard a muslim preacher preach about it, if it's in there somewhere, it's either too vague that they don't get it (or the flock doesn't get it), or it's contradicted elsewhere allowing muslim preachers to get away with the behaviour anyway (the flock not noticing the harmful effect this behaviour has*).

*: it's very effective for self-marketing purposes though (getting people to pay you attention > devotion > money)
edit on 14-10-2019 by whereislogic because: (no reason given)

SO? That doesn't make ANY of them any better than me......they are only humans

no better or worse than me!!

Many/a majority of them dont even practice what they preach eg. the catholic


I am far from perfect, but I can lay claim to being better than that!!!


SO who cares about what those hypocrites think or disagree with!!!

There is no atonement for raping and murdering a child..
edit on 14-10-2019 by JustJohnny because: (no reason given)


If 99.99999999% of people who all have put more time and energy into studying that subject tell you something. It is kinda ridiculous to assume you are right and everyone else is wrong..


That is the height of ego.

No one is pure in Christianity...


You need honest repentance and to accept Jesus as your savior..

You don’t think any child molestor Or murderer was ever repentant?!?!

There is no atonement for raping and murdering a child..


The worst thing anyone can do yes, and they need removing from this earth,

I have not spent much time thinking of how they could atone, but of the top

too late to be saved and their organs will save many?