posted on Oct, 5 2019 @ 10:47 PM
link
Israel Ortega Cruz 2020
Thats right, there is a very balanced and liberty minded constitution lover in New Yorks 14th district running against AOC, but he needs help! Israel Ortega Cruz could very well set the precedent to bring New York back from the brink of insanity and in line with constitutional values. If you have friends or family in or from New York City, tell them about Israel, even if not in the fourteenth district. Hes a true regular guy who has busted his hump doing real work to help the homeless of his city find permanent housing. Not from a sense of self-righteous pride, but from the perspective of someone who has experienced that life! He has a very detailed and thorough platform on his page that explains what he believes in and what his goals are. I will provide a couple here that many of us here can truly relate to.

I am the American dream…I was born in Puerto Rico and raised in New York; 100% American. I am not rich (when it comes to monetary value), and not poor in the slightest as I have 3 daughters and the greatest wife a man can be blessed with. I know poverty but lived like a king via the love of a mother and stepdad that made dreams possible with their wisdom and faith in God. My brothers and I have felt the sting of prejudice as we are from a black father and light skin mother. We did not fit in with anyone (at first) but with time, patience and love, we made even the stanches of critics see passed its color and towards content of character. I know loss, my mother that made darkness light up with her smile, a dad that thought me to be a man in the absence of my biological father and a grandfather that was a fighter and did not back down from the larger advisory. I have been homeless, depressed, scared and broke, but I have also leaned that negatives in the right light; created a home, happiness, bravery and riches that money can not buy. I have been a stock boy, an educator, a nanny, and currently a defender to the homeless of New York City. Now I am looking to take all that I am and bring it to my brothers and sisters of the Nation. I am Israel Ortega Cruz and I am running to be your next congressmen. Only in America could all this occur in one lifetime and I am grateful to all of you Good or bad that have shaped me …as I said in the beginning, I am the American dream. Help me reach the top and I will be there to pull you up with me. God bless you all, our leaders and these United States of America.

Views on Socialism
There are people who are currently running for office who are dead inside, taken over by lust for power… And how are they doing it? By offering free things, taking away the will to do for oneself, and much like a drug dealer, keeping us depended on their will to feed us, while our liberties are trampled on. Once we wake up from the lies, they fed us (if we do), we would be so weak and defenseless that fighting will be the last thing in our capabilities.

The only ones living through it are the carriers of it. They are immune as they are the incubators of it. But, when all is said and done, this disease will consume them as well (case in point Venezuela).

Fighting for the 2nd Amendment
In short: why do I believe in people having the rights to carry? The term “shall not be infringed,” is a type of order with warning undertones for future law makers. Undertones that are saying, under no circumstances should the government have any weapons that the people do not have. Thus, the term “shall not be infringed” means, we strongly urge you to never set limits on this law, this right, the Second Amendment, if people are to have and keep freedom of speech, and all future rights that follow. In short, all the laws we have for guns today should only stay as the people asked for them, but they can also be removed as the law of the land says it in plain English, “shall not be infringed.” Furthermore, whether it be past, present or future: no congress or other governmental body has the right to take away our weapons. To conclude, I am pro-gun and pro 2nd Amendment. -IOC

Border Security
Americans love to invite others to stay and break bread with us. We show them love, try to be good Samaritans and always look for ways to care for the defenseless and shelter them when we see their need. This is the country I grew up in. A big family that does not always get along but loves each other and our commonalities. Just like my account Americans have let some stay and for the most part they stay break bread and leave or ask to be adopted to be part of our family. Yet there are those that force their way in, take what is not theirs, makes others feel unsafe and bring drugs and intimidate those around. But we have a big brother which is brash and not as kind as most in America. One, who is not afraid to take on those who would take advantage of those just trying to live in peace. 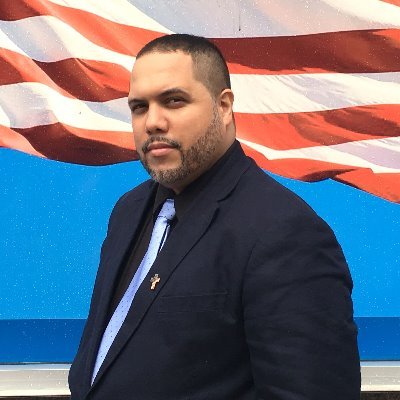 Spread the word fellas, when he beats AOC he can put an end to this agent of foreign influence trying to hijack national policies and actually focus on the constituents he is elected to represent. Not the rest of the country, or on those being enabled to break the law and enter illegally for the sake of gaining more votes for centralized planning and end of private ownership. You won't see or hear him trying to self righteously determine the fate of everyone in America or Earth for that matter. He just wants to focus on those who's duty it is to focus on, his fellow New Yorker.

As it stands, AOC is somehow trying to represent me in Florida and everybody else in other states and illegals from the globe by ramming crap I want nothing to do with but will affect us all through congress.

Might not be enough, does he have any other points in his favor?

Is he a furry or anything that could outweigh(no pun) his toxic maleness.

He's not real, just like you. Does that count?

I'd vote for him if I lived in his district.

But let's be real, he mentioned God so he doesn't stand a chance in NYC.

posted on Oct, 5 2019 @ 11:28 PM
link
I don't really see AOC as a problem. She reminds me of President Trump, the way she calls out corruption and azzholes.

originally posted by: carewemust
I don't really see AOC as a problem. She reminds me of President Trump, the way she calls out corruption and azzholes.

She also lies almost as frequently as he does. They are much more alike than not, you are right.