Our political system is totally broken. Can it be fixed or are we doomed?

posted on Oct, 4 2019 @ 01:19 PM
link
Watching the clowns of our current congress run around during this impeachment debacle, has really underscored the fact that our political system is badly broken.

In our current 2 party system the only candidates that get elected are those that appeal to the fringe elements of their party. Ultra liberal for the dems and ultra conservative for the GOP. The reason for that is that the system has evolved so that the only candidates that can win a primary are those that pander to those elements of the parties because - and this is important - THAT'S WHERE THE MONEY IS!

Our democratic republic has been very successful for the most part for over 200 years - but it's starting to rot from the inside out.

Over time, the system has evolved such that the special interest groups (those with most of the money) have taken over our system. I think we allowed it because in the beginning the process was slow and incremental so it wasn't very noticeable, but it's now gotten to the point that the results of that evolution can no longer be hidden behind slogans and nice sounding phrases and the average american is starting to see it for what it is - we have allowed ourselves to be bought. Simply put we sold out.

So now that enough people recognize that there is something rotten at the core of our election system, can it be fixed? Or is it already too late? Maybe one of the following approaches is worth a try:

1 - Scrap the current 2 party system and start over? - There's not a lot of successful precedent for that.

2 - Try to fix the current system from within? - Well, how's that working out for us so far?

My thinking is that neither of those approaches has a prayer of working so rather than attacking the problem head-on, let's attack it obliquely.

First off - and this is important - WE NEED TO GET THE OBSCENE AMOUNTS OF MONEY OUT OF THE POLITICAL SYSTEM!

No more private money allowed in *our* public elections. Give each candidate a reasonable and fixed amount of money to campaign with in both the primaries and the general election. In that scenario, the candidate with the most money (special interest or otherwise) no longer wins. The candidate with the best *ideas* - ones that appeal to the majority of the people voting in that election, wins.

That's a tough sell in today's climate, so rather than attack the problem head-on, maybe we should approach it obliquely. Start with re-instituting the term limits laws that we used to have. At a minimum, that gets rid of the asshat lifers we now have masquerading as our representatives. Once that happens, maybe we as a country can begin a dialogue regarding how to recapture an election system that was originally envisioned by our forefathers 200+ years ago.

It's either an approach like that or violence. Because at the accelerated rate we're declining there may not be anything left worth saving if we don't do something - now.

Otherwise, I believe this will be in our future: 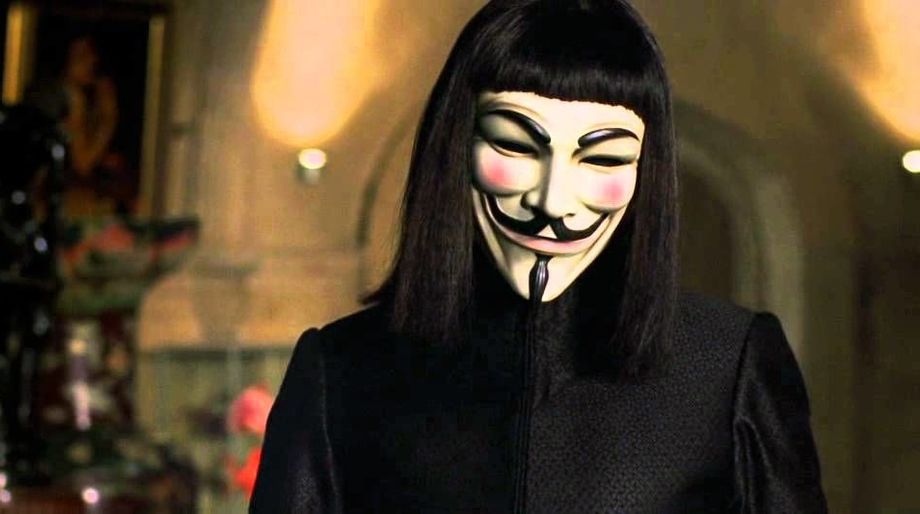 a reply to: Riffrafter
Yes...It can be fixed

1-LET THE PEOPLES VOTE COUNT PRIMARILY OR ACKNOWLEDGE THE POPULAR VOTE OVER THE ELECTORIAL.
2-STOP LETTING OUTSIDE INVESTORS WHO GOVERN WALLSTREET RUN THE ELECTIONS.

3-DESIGN A FINANCIAL CYBER ATTACK THAT GARNISHES ELECTRONIC FINANCIAL STABILITY OFF OF ANY COUNTRY THAT RUNS A PSYCHOLOGICAL ATTACK ON THE MASSES TO MANIPULATE ELECTIONS.
They are playing unfair, why you are not...?

No one serves more than ONE term, after which they are out of politics for good.
Their legacy and reputation will depend on how well they do their job during their single term.
They will be in office to support the citizens – not themselves.
One Term means there will be no career politicians.
With ONE EXCEPTION.

A person who serves their one term would be allowed to run for President.

#2A ~ EACH TERM WILL HAVE A PRESIDENT FROM A DIFFERENT PARTY.
Whatever party ends their term in the Oval Office when 2024 begins will NOT be allowed to have a candidate run for the office in the upcoming election. Meaning if a Republican President is leaving office in 2024, only a Democratic or Libertarian (Third Party) candidate may run and be in office for the next four years.

#2B ~ ALL VOTERS WILL VOTE FOR A DIFFERENT PARTY EVERY FOUR YEARS.

The present dems are not hard left...


Most are corporate “status quo “ stooges..

The right has , probably always had resorted to conspiracy theories to prop up an obviously broken system..

By definition of rightwing/conservative: uphold the traditions of the past or return to some bygone era of perceived greatness, instead of embracing broad new change..

Aka the status quo, the old school money and power base , the establishment...


Leftwing/liberal: ignore the traditions of the past and embrace braised scale change I a new direction..

Aka the worker base, the poor , those outside the establishment..


The definitions come from when the French government was split with the old school aristocracy sitting on the right and the peasants representatives on the left...


The strangest thing rightwing media has done is to convince the GOP base that the “left” is the establishment..


It almost cannot be by definition..


Which is where you had the shift after the civil rights movement..


The republicans were the liberals/left , they became the establishment and then became the conservatives/right.. that is an obvious over simplification, but the base words and their definitions are not.

I hate to be this guy but it’s spelled

Also you have to scrap the winner take all , electoral system not to have a 2 party system.. it is a math thing.. that system cannot support even 3 parties for 3cycles before one will be irrelevant.


And the only people trying to stop lobbyists or police donations are democrats... not all democrats at all.. a vast minority..


But the only side supporting publicly corporations donating millions are conservative Republicans.


The dems that do have to lie.

originally posted by: gortex
a reply to: Riffrafter

Neither system is broken but it is badly bent. I long for the days of fist fights in the house. It’s the best way in the world to blow off steam. Frankly when women got the vote the whole world went to hell.
Just my thoughts.

The dark force or pay to play politics..

The dark force of insider trading being legal for politicians ..

The dark force of politicians assuming if no one is sending them money to support an issue.. no one cares about that issue..


I think all the intangible deeper bad guys like the Illuminati, satanic whatever, reptilians , exc are specifically to make the sheeple ignore the corrruption in their face because “the Illuminati is the real problem.”

Our political system is directly linked to Capitalism.

We have the best government money can buy!!

originally posted by: Masterjaden
a reply to: Ophiuchus 13


Negative... It's defense to offensive behavior. Yes I believe in defense of the LIGHTS*
please don't make any assumptions

Wrong. If you think unions aren't the same thing, you're on crack.

I personally do not really see the benefit in shortening term limits..

If you actually run across a truly good leader, why would you want to roll the dice again??


Especially with nukes on the table... every nuclear power ...every administration change is a roll of the dice till we get a hitler..


Also the less experienced, the cheaper it is to buy them off.. that cuts both ways though.. once bought, maybe always bought.. so that’s double edged for sure..


I think it is and has always been about the money...


I say don’t let them make ANY money except their salaries.. any profit besides your salary is an instant felony.. maybe besides gifts under 500$ for Christmas and such.

But that’s the only way..

Unions are the opposite side of the coin..


I just personally think the labor force is a more accurate representation of the population than the business owner..

The modern democrat party emerged in the late 1960s ... fought a civil war between northern(liberals) and southern(conservatives) democrats over the civil rights act . Which the northern democrats won..

Leading to the republicans becoming the Conservative party...

Oh the corruption exists but don't write off shadow organizations , politician and Presidents are pawns in their plans for our future , corruption and money just a sweetener for those who do their deeds.

The picture of V in the OP is a vision of our future.

originally posted by: JustJohnny
a reply to: spiritualarchitect
I personally do not really see the benefit in shortening term limits..
If you actually run across a truly good leader, why would you want to roll the dice again??

The benefit to me would be to oust the career politicians, as I think they are part of the problem.

A truly good leader seems too few and far between to me. Reagan, Kennedy... I really can't think of any others that would qualify.
edit on 4-10-2019 by spiritualarchitect because: can't spell worth spit

To be fair, our governments have all done the same things the government in V for Vendetta did too. They have lied to, stolenfrom, cheated and abused us. Art mirroring life?