Can we overcome the divide?

posted on Oct, 2 2019 @ 09:21 AM
link
Politics are heated...
I think that's something we can all agree on.
It's always left vs right...
Even the people that state they are neither, will defend or attack one side more than the other.

We are divided...
Again, does anyone disagree with that statement?
Not pointing fingers there or placing blame on anyone specifically. Lots of guilt to go around.

I'm curious as to what you want for the future.
This doesn't mean what politicians or party you want in charge.
I want to know what policies you want focused on to make the country a better less divided place to live. Please make these goals realistic and achievable. Pipe dreams are just that, dreams.

*Climate change. We could argue forever on that one, but we should all agree on a cleaner planet.
Wind and solar are not feasible.
We need to invest in nuclear.
The science is there if we only look.

*Border control.
I'm not for closing the border, but I am for registration apon arriving at the border.
Picture taken, fingerprints recorded, identification card presented with federal ID number. Enjoy.
Work and pay taxes for ten years and be qualified for social security just like every American.
Steps to become American citizens are required in those years and if they fail its deportation time.


*abortion
I dont like abortion but I believe in a woman rights.
That being said, women should have access to free or extremely cheap birth control.

*guns
I did say realistic goals...
We need to have a huge discussion on mental health issues. Not sure this one can be fixed to satisfy everyone but it needs talked about..

*schools
Can we all say that our school system sucks?
Time to get back to basics on this one.
Reading, writing and arithmetic.
Bring back the hands on classes like wood shop and auto mechanics.
My daughter had a class in sports management....da fuk...


Those are a few of my thoughts for what that's worth. I realize we will never eliminate every issue that divides us but fixing some of them has to help the system as a whole.

The list I made was built around compromise not ideology. Are we as a nation truly ready to have a discussion about our beliefs without sticking to an all or nothing attitude?

ETA...
I wanted to add term limits to all elected positions but as I said earlier, pipe dreams...

posted on Oct, 2 2019 @ 09:27 AM
link
Since politicians are acting like screaming babies...Best to just change their diapers, close the door to their nursery...and let them scream it out until they realize nobody will take them seriously any more.

Politics are not heated. I don't know what talking about. Everything is just fine. I think we are all doing great! If politics were heated there would be a lot more riots.

No disagreement. Should lessen the divide some. 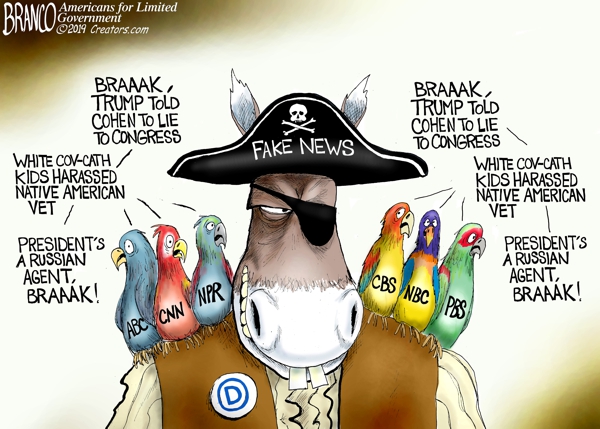 Agreed, but what area would you recommend that happens?

We can blame the politicians all we want but ultimately we the people put them in charge.

As I said earlier, plenty of blame to go around.

In my honest opinion, the best way to solve the great divide is term limits at every level of politics... Career politicians are a cancer to our country. Both sides take blame. We need to get rid of career politicians.

originally posted by: Bluntone22
a reply to: jhn7537

But sadly, what's more realistic is civil war 2.0 happening before term limits ever come to be... Thankfully, I find myself on the side of the aisle that likes guns, so when SHTF, I choose the side with all the guns over the side that throws milk/concrete shakes on you... If our politicians keep pushing for BS impeachments and try to overthrow Trumps presidency, I do think the country will be fractured, and i think conflict between both sides will be inevitable.
edit on 2-10-2019 by jhn7537 because: (no reason given)

You answered the question just like I expected.
No...

We're not divided in the issues, but rather whom is best to lead such a revolutionary crusade in charge of solving the issues..

America is great, we're just not sure how to become greater; become isolationists or globalists. As we grow more and more, it is more and more apparent there can be no in-between, no middle ground.


We want better education, but an educated population is too unruly for a particular party

We argue on climate chang, but would educated people really dismiss basic cause and effects principles or worse science?

We want freedom to have guns... Why exactly is that even a criterion at all? What if the country was formed before the invention of guns? What power does having a gun bestowes on a citizen? Seriously? How about everyone having the rights to free schooling and healthcare , humanism first... Before guns...

...the above doesnt sound 'weird' to 'educated people'


Abortion laws? Every species on earth aborts their young for one reason or the other, or abandons them, or in some cases eats the dead carcas. Educated folks would weigh all circumstances and judge on a case by case basis instead of blanket statements.

Make education a luxury and you will have a nation at its precipice sooner than later.
Its happened all throughout history.

It didnt take much to divide this nation, a bit of fake news here, fake accounts there, fake stories here;

Honestly, whoever wins the election do you think the country gets better? If this is where we are now, imagine 5 years later.

posted on Oct, 2 2019 @ 09:59 AM
link
The divide is an illusion to keep us from fully uniting. There is no real divide, just an overwhelming sense of hopelessness and frustration. Most people have just given up. The corruption is such a tangled mess there's no fixing it besides a full revolution and deep down everyone knows it. There's been no good alternate government presented that will prevent these problems, and no good true leader has risen for the masses to follow. Not to mention things aren't bad enough most people are willing to risk everything on a revolution.

I agree the next election will not solve anything.
We are at a point where everything that should not be a divisive issue is so damn important.

Oddly enough it seems people cant even agree the country is divided.

I agree with a lot of what you laid out, but your views on schooling don't really work for me.

The problem with primary and secondary schools isn't due to the fact that tech ed classes don't have the same emphasis placed on them. A key issue is that not enough money is going to the schools. We have teachers having to dig in to their already meager paycheck to pay for supplies while they classes of 30-40 students. Meanwhile we have admins pulling down salaries well into the six figures.

As for your comments on college... It would be illegal to incentivize certain majors over others. Even if we ignore that though, STEM programs are already super competitive and the job market isn't great. What happens when you try to flood those fields with even more people?

All the issues overwhelm us no doubt.
Then the frustration leads to heat.

The solutions are not as important right now as recognizing the need to address the divisive problems.
We fund our schools quite well per student but the money doesn't get used where it is needed most.

The same goes for colleges.
We might disagree with each other on the few sentences I put down, but I'm sure you would agree that college costs to damn much and could use a streamlining.

My op is just pointing out a few issues that are political hot topics, not trying to solve them here.

socially you have a section that believe it's fine to tell women of colour to leave the country, applaud sexual assault (grab em by the pussy) and promote fascism (being anti anti-fascist makes you a fascist, simples) dunno how you correct that logic.