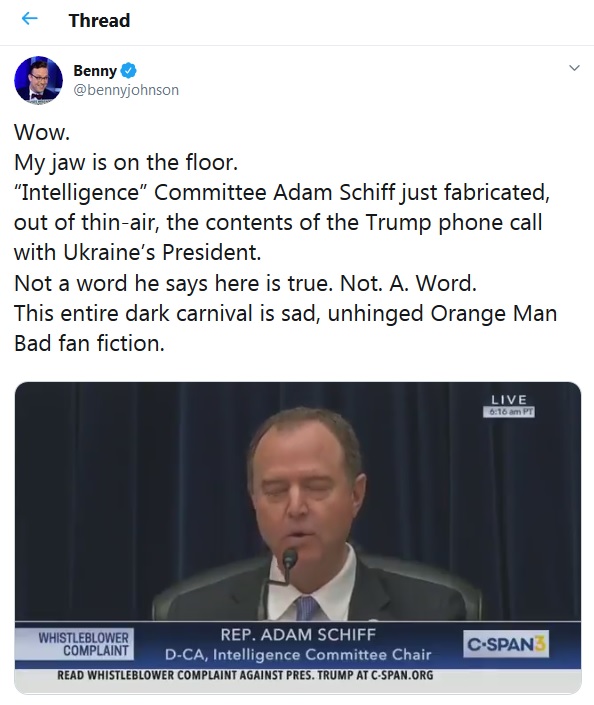 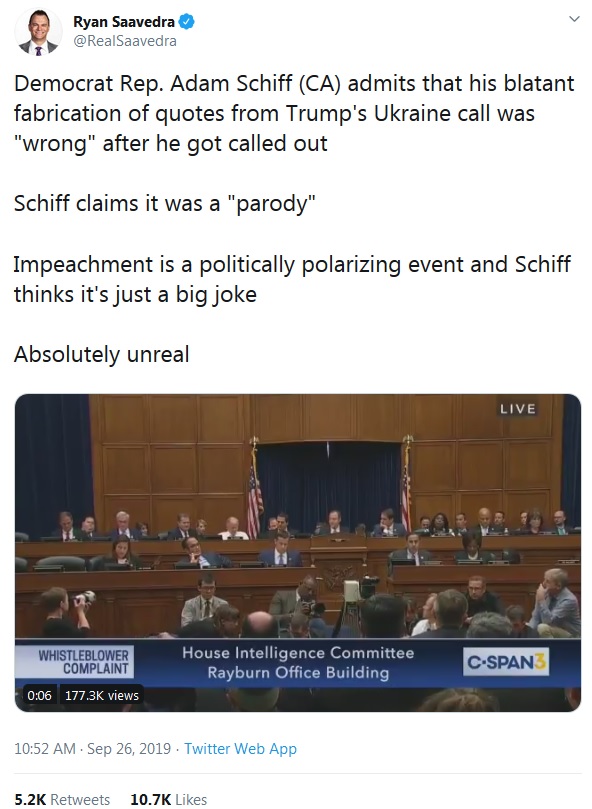 What morons voted this guy in?

(Sorry to those of you, that have to live in CA, that are normal. You are becoming an endangered species)

AndyFromMichigan
+5 more
posted on Sep, 26 2019 @ 12:13 PM
link
Someone needs to e-mail Mark Meadows and suggest they file a motion to begin impeach hearings against Adam Schiff. He has abused his position as head of the intelligence committee for political purposes, constantly leaks classified information (a felony), and he relentlessly lies, to the point where he must be either sociopathic or psychotic.
edit on 26-9-2019 by AndyFromMichigan because: (no reason given)

I mean what I said above. Schiff is either sociopathic or psychotic.

originally posted by: MisterSpock
I have real and heartfelt pity for Schiff. 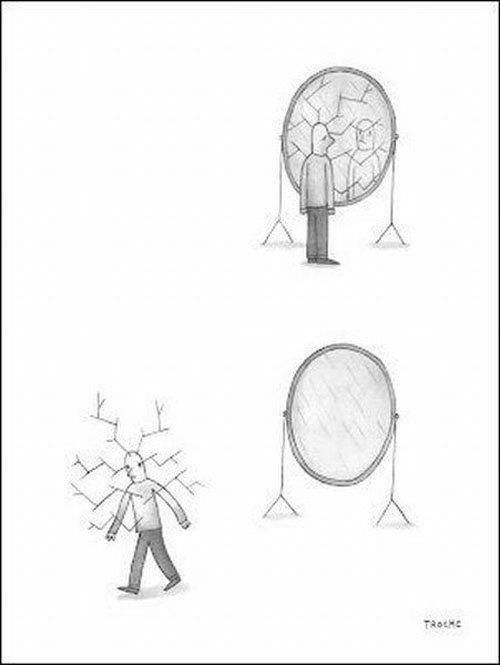 
Why, you have already made up your mind.

SMEffingH...if anyone actually listened to anything you had to state...in the for reals...that's where those goal posts would be...another damned state altogether...

“You have to parody it, to obstruct what’s in it.”

posted on Sep, 26 2019 @ 12:26 PM
link
Sounds like he is trying to control the narrative. For someone in that role to act like that is not up for the responsibility of the job. I expect a few media outlets to pick up these false claims and run with it in the current toxic media environment.

Is he just losing the plot or trying to build civil disorder?

"Impeach impeach, Trump said some things. You just wait for the transcript!"

*transcript doesn't back things up*

"The NSA record eerything. Just you wait for the audio recording! Impeach impeach!"

CraftyArrow
+4 more
posted on Sep, 26 2019 @ 12:29 PM
link
Democrats are Election Meddling via impeachment inquiry... with flat out lies to the American public.

My other favorite, "I don't think it matters if Trump broke the law or not. It's just bad optics at this point."

Once again of the Democrats are trying this hard and getting nothing. They’re milking a steer .

But the steer identifies as a heifer.

You're probably better off watching the Bakeoff.

The impeachment is theatrics and a soundbite farm for campaign ads (on both sides). Seeing as congress is only in session for less than half the year... It's a shame they do this knowing it won't clear the senate, and maybe not even the house given many democrats could lose tight race districts depending on how they vote.

2016 was a great circus, but I have a feeling the we're about to out assclown that in the coming years.