The team decided to change their plan and drive over to the area to investigate , they discovered an unusually coloured "substance" in the crater. 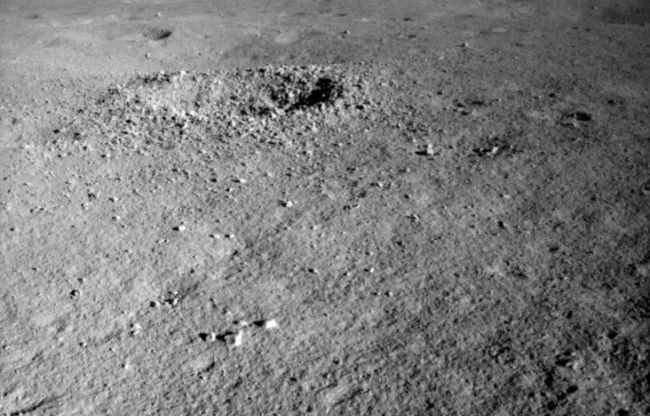 The drive team, excited by the discovery, called in their lunar scientists. Together, the teams decided to postpone Yutu-2's plans to continue west and instead ordered the rover to check out the strange material

With the help of obstacle-avoidance cameras, Yutu-2 carefully approached the crater and then targeted the unusually colored material and its surroundings. The rover examined both areas with its Visible and Near-Infrared Spectrometer (VNIS), which detects light that is scattered or reflected off materials to reveal their makeup.

So far, mission scientists haven't offered any indication as to the nature of the colored substance and have said only that it is "gel-like" and has an "unusual color." One possible explanation, outside researchers suggested, is that the substance is melt glass created from meteorites striking the surface of the moon.
www.space.com...

Anyone remember the film "The Blob" ?

Too obscure of a reference?

originally posted by: Jefferton
Maybe it's The Stuff? ?
Too obscure of a reference?


originally posted by: Jefferton
Maybe it's The Stuff? ?
Too obscure of a reference?

Great, now I'm going to be randomly yelling that for the rest of the day...

Where exactly is this?

Near the south pole aitken basin? von karman crater?
edit on 30-8-2019 by solve because: (no reason given)


Saying its gel-like is a d(snip)k move if it turns out to be glass formed from an impact, and on the other hand, if it is a strange gel-like material, going to guess they will be hush hush about it.
edit on 30-8-2019 by solve because: (no reason given)

I wish NASA would of done this for a few (obviously not all) of the anomalies that we have seen on Mars.

Well done the Chinese for being open to changing off course to have look at things of possible interest.

NASA might learn a thing or 2 from the Chinese.

But annoying that only show photos of the crater (as approaching)

And not of this material?

Ugh, getting traumatriggerflashback about pools of liquid mercury all over again,
edit on 30-8-2019 by solve because: (no reason given)

Or better yet, "The Stuff" you can never get enough of The Stuff!

We might get to see the photo soon. They are probably just holding back the photo so as to study it a bit more.

Cant blame them for doing that, this is China after all. They could have kept it secret for years.


We might get to see the photo soon. They are probably just holding back the photo so as to study it a bit more.


I wouldn't hold your breath , this happened a month ago and is only being acknowledged now , China will only release what they want to release. 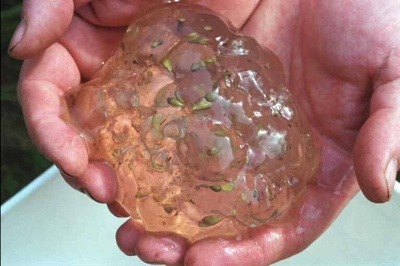 The townspeople of Oakville, Washington, were in for a surprise on August 7, 1994. Instead of their usual downpour of rain, the inhabitants of the small town witnessed countless gelatinous blobs falling from the sky. Once the globs fell, almost everyone in Oakville started to develop severe, flu-like symptoms that lasted anywhere from 7 weeks to 3 months. Finally, after exposure to the goo caused his mother to fall ill, one resident sent a sample of the blobs for testing. What the technicians discovered was shocking – the globs contained human white blood cells.

The substance was then brought to the State Department of Health of Washington for further analysis. With another startling reveal, they discovered that the gelatinous blobs had two types of bacteria, one of which is found in the human digestive system. However, no one could successfully identify the blob, and how they were connected to the mysterious sickness that plagued the town.

Star jelly (also called astromyxin, astral jelly) is a gelatinous substance sometimes found on grass or even on branches of trees.[1]

According to folklore, it is deposited on the Earth during meteor showers. Star jelly is described as a translucent or grayish-white gelatin that tends to evaporate shortly after having "fallen." Explanations have ranged from the materials being the remains of frogs, toads, or worms, to the byproducts of cyanobacteria, to the paranormal.
Reports of the substance date back to the 14th century and have continued to the present day.

posted on Aug, 30 2019 @ 04:37 PM
link
Its those damned holiday caravaners dumping their porta-loo's everywhere they go.

Go experience nature by dumping a portable toidy on it.

Or it could be a NASA experiment with life form from deep Lake Vostok, add some nutrients and see what it does on the moon. There is water there.
Moldavite interesting. 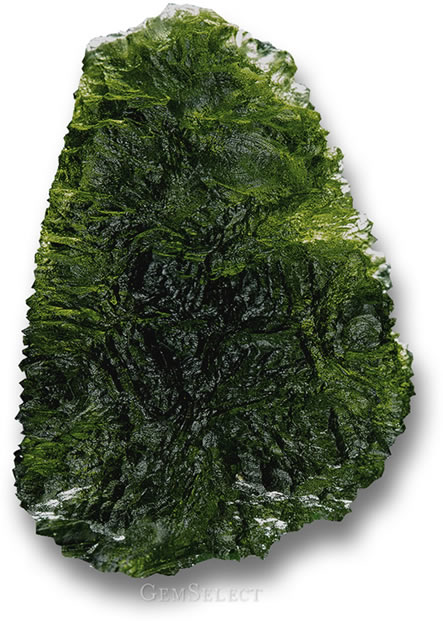 Oh yeah it's all good until it eats the entire population of china when it returns.

I’ll give Change4 five dollars if it licks it!!

Love that Universe is stranger than we know!!

Besides, it is probably exhaust from the lunar base on that side of the moon! lol...