Dave Chappelle Is the GOAT

posted on Aug, 27 2019 @ 06:29 AM
link
I was playing on twitter before I went to bed last night. I saw a retweet from VOX saying that you can skip Dave Chappelle’s new Netflix special. So if VOX thinks a comedy is bad, you k ow it’s going to be funny. VOX seems to like comedians that makes their audience sit quietly and clap. I want a comedian that makes me LMAO.

George Carlin once told the great Art Bell that he doesn’t to politics, because politics are democrat and republicans, he does life issues and social commentary. Dave Chappelle talks about many issues, and you have no clue what side he’s on, but he’s hilarious while he makes fun of your beliefs.

His appearance on SNL after Trump won was hilarious if you never saw it. "Oh, yeah, all the racists are in Kansas"

Ever notice how race relations went to # when he went crazy and his show ended?
edit on 27-8-2019 by funbobby because: (no reason given) 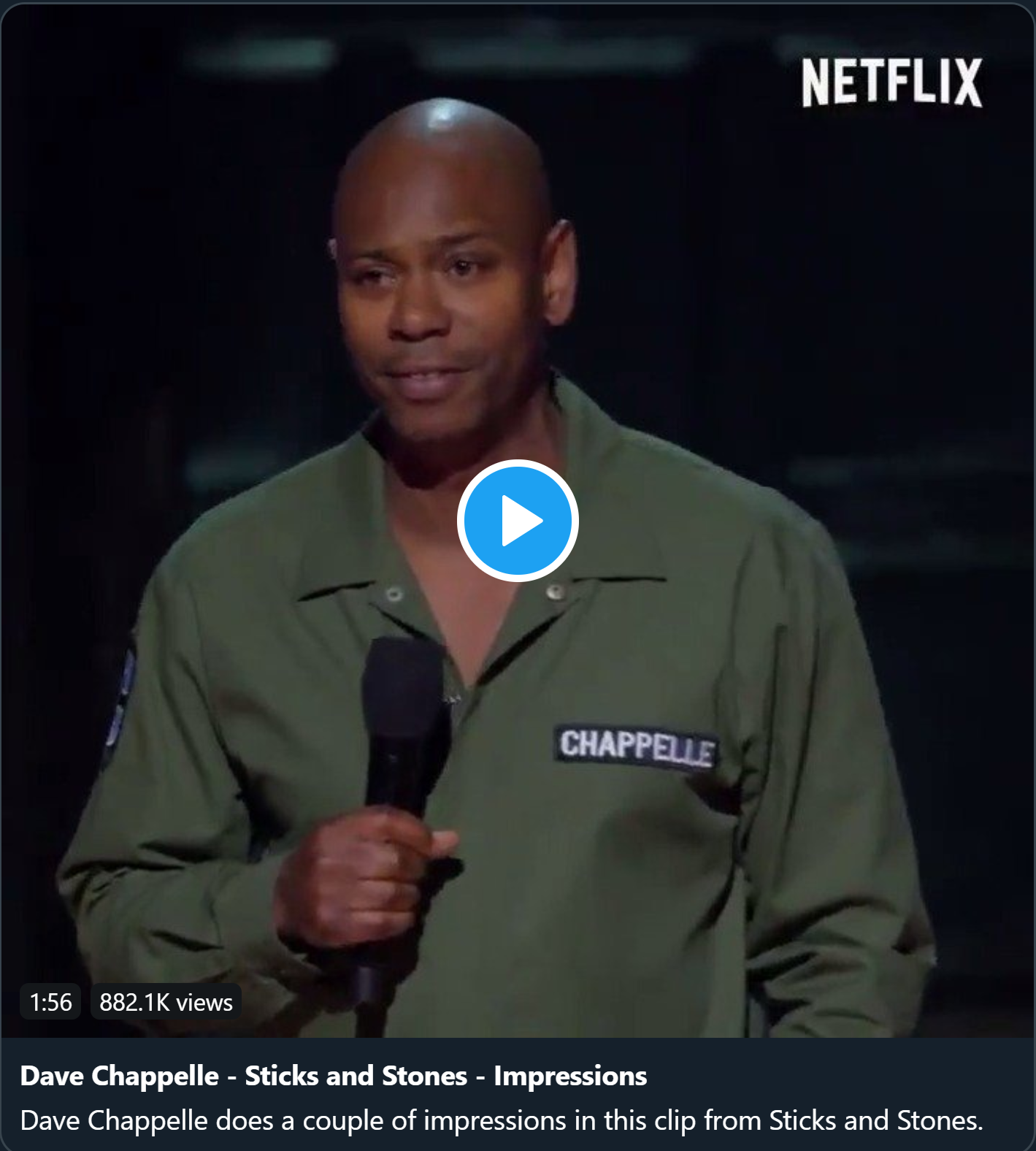 
Here's me, clicking the image over and over going "Why wont it play!!"

If Vox and Vice don't like him, you can bet his stuff is biting and hilarious.

The Left's idea of fun is aborting babies and encouraging physical attacks on those they disagree with and then mocking them when they are dead.


Stray from the Left's Dogma and you might as well be dead to them.

Look at how they eat their own supporters for not being woke enough.


I want a comedian that makes me LMAO

Dave would be at the top of that list.

Just finished it, his comedy really rides that fine line that sometimes makes you feel a little bad for laughing. It takes a true talent to ride that line.

Ok I was just watching the epilogue, at the 9:55 mark there’s a shot of the crowd, I’m pretty sure Anderson Cooper is sitting center frame.

He talks about the alphabet people. LGBTQ crowd. Rips them apart so good it was hilarious. He's just good at spotting bull# when he see's it.
I guarantee you that is the reason why they say that.