Wow, you think we don't think for ourselves and we are on a conspiracy site condemned by the s silly sheeple that won't think for themselves mindlessly responding on ATS as leftist. Oh the absolute irony of your position. The ones who spouts drivel are the ones we can see for ourselves can't think. Drivel away some more leftist, it helps us with those on the fence still unsure what is right or wrong.

I said it a few days ago, but I'll reiterate; I expect some action of some sort today. Don't know why. Just a hunch.

Also, today is a pretty important day in American history. "September 3 1777- The American flag (stars & stripes), approved by Congress on June 14th, is carried into battle for the first time by a force under General William Maxwell. "

Astaroth (also Ashtaroth, Astarot and Asteroth), in demonology, is the Great Duke of Hell in the first hierarchy with Beelzebub and Lucifer; he is part of the evil trinity. He is a male figure most likely named after the Mesopotamian goddess Ishtar.

Dutch demonologist Johann Weyer also described Astaroth in his Pseudomonarchia Daemonum (1577) thus: "Astaroth is a great and a strong duke, coming forth in the shape of a foul angel, sitting upon an infernal dragon, and carrying on his right hand a viper", who also claimed to rule 40 legions, and had to be approached by the conjurer with a magical ring on account of his stinking breath.[

According to some demonologists of the 16th century, August is the month during which this demon's attacks against man are stronger.


Excuse me, sir, I try to ignore the rhetoric like this but seeing as how a few days ago I starred a couple of your posts in another unrelated thread, because I noticed you were quite articulate about some things, I have to rebut this nonsense-

You apparently have beef with a couple of posters in this Q thread, or you would understand how demonstrably false your statement is.

Do you not read the other 50+ posters who come and go from in here- sharing links and articles and insights about that very thing- how we think?

We go over MKULTRA, mind control, the effects things like CERN have on reality.... MSM propaganda and I JUST got done reading an excellent reply to my own post from a couple of days ago about a supposed secret program meant to try and navigate our consciousness, from Duboisatworst, about the subject of German idealism which is another rabbit hole im about to go down in regard to- GASP- humans thinking/consciousness.

Cherokee is literally copying excerpts from a book she’s currently reading about how our mind perceived/affects reality and myself, along with numerous others, go back and forth continually about none other than

How we are thinking and why

Now, I mean this in the most respectful manner possible, as I do my very best to operate on kindness and grace, but it just has to be said- that comment was fake news. This thread is doing exactly what you’re suggesting/ now might I suggest you read all the comments?

In other places on this ATS site you seem to be able to coherently discuss subjects of the same nature brought up in here, but in this one you take on a roll.... and because I am keen on spotting an act when I see one, I’m challenging you to drop the script and see what you learn when you operate with open mindedness and positivity in this thread.

It's called projection my friend.

Oh, wow, that is amazing! So we have a person/entity that looks like a human that carries the names of two Egyptian deities which occult in turn the identity of "the Great Duke of Hell". I wonder what else we will find out about the Odessa shooting and/or resonance in Odessa, Ukraine.

The full name of the Odessa shooter is Seth Aaron Ator.

Looks like the Tour company operating the boat was "Truth Aquatics"

Weren't people just asking a little while ago in this topic, "What is Truth?"

Vessel itself was named Conception-- interesting connection with the depopulation topic being discussed:

I'm more interested in learning the names of the victims.

"What is truth" was asked by Candianmason.


Sure sounds like the crew abandoned the passengers to their death.

EMN, the fact that DiFi, Pelosi, Schiff and Lieu all tweeted about the boat fire makes me think they lost allies or bosses to the fire.

A previous poster mentioned that the ways out for the passengers had been LOCKED - why on earth would that be done if there were 5 crew on guard above?

This is looking more like either a white hat SEAL OP or a faked deaths op to me?

Noteworthy that none of the above bar Pelosi bothered to tweet about the Odessa shootings but they al tweeted about Labour Day!

The passengers had to have been, at a minimum, from the upper middle class. I can't see people who make it from one month to the next investing in scuba gear, lessons, boat trips, etc.

I assume the names of the dead will be made public once the notifications to next of kin have been made. We'll see [maybe].

They were locked in. Otherwise swimming away would have been easy for this group, if they had a way to escape. Wasn't like a boat of tourists sightseeing.

Parents will stage a mass demonstration at the California State Capitol in Sacramento to protest perceived injustices on the part of Child Protective Services (CPS) agencies against families across the United States of America.


Bay Area Families United is partnering with more than 30 groups nationwide to stage the Oct. 4 rally, which organizers hope will shine a light on the disenfranchisement of parents by what they view as a profit-driven system incentivized to place children in foster care. The rally is slated for noon Pacific Time.

Struggled to come up with anything on the full "Seth Aaron Ator"...but...

Noticed that you can make...SHOOTER from that!!

That leaves 'aanatr' which (at a big stretch!) one could reform into "a rat na"... 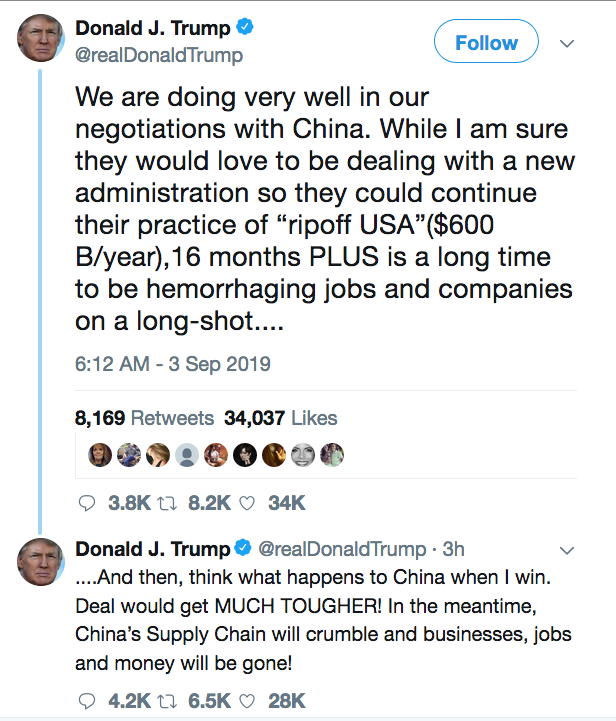 Lisa was 17 when a fellow dancer approached her after a ballet class in 2002 and asked if she wanted to give private exercise classes to a wealthy man named Jeffrey Epstein.

Another dancer, Priscilla, received a similar pitch in 2006 from a woman, this time to give Mr. Epstein a massage. The same year, a third dancer, Marlo Fisken, was asked if she would become his personal trainer.

But in New York City, Mr. Epstein had a different hunting ground: dance studios. The scope of Mr. Epstein’s sex trafficking in Manhattan has become clearer as several lawsuits have been filed against his estate in the days since he was found dead...

The suits say that when Mr. Epstein was luring teenagers into sexual exploitation in Florida, he was using a network of recruiters within New York City’s dance studios to procure aspiring performers into a similar scheme.

posted on Sep, 3 2019 @ 11:23 AM
link
For anyone wanting more info on C_A's MKUltra program, there is a huge amount of data available to download on John Greenwald Jr's The Black Vault site.

This is the entire #MindControl #MKULTRA collection from the @CIA , including the 2018 released records that took me YEARS to get released. Even though the CIA claimed they were all in the public domain before; many of them were not.

As the US Supreme Court later noted, MKULTRA was:

concerned with “the research and development of chemical, biological, and radiological materials capable of employment in clandestine operations to control human behavior.” The program consisted of some 149 subprojects which the Agency contracted out to various universities, research foundations, and similar institutions. At least 80 institutions and 185 private researchers participated. Because the Agency funded MKUltra indirectly, many of the participating individuals were unaware that they were dealing with the Agency.

I think I have been very clear about not liking q's methods. All the rules, vague statements, and symbolism he /it/they/ use. Smells fishy. Seeing this something I've seen many times over the past 20 plus years of my interest in ct, makes me suspicious of q.

Do you think that real evidence has been uncovered in these threads? If so what do YOU think should be done with it?
Q would tell you to sit on it and wait. To simply spread it around on ct sites....

The masses don't care about ct sites. To them this is all made up rumors.
I suggest some other tactics and I am attacked for daring to question q's plan.

I'm being told by people that have never seen q's face that I can't even talk about who q might be.
I made a thread that was about digging into who the real q was and ats shut it down.

Red flags would be going off in anyone head at that point. I would think.

Being told that we shouldn't use what we have found together as one to make real change, doesn't sit right with me.
Being told to trust a plan and just wait isn't enough for me.
But I have no power other than my vote and my body count during a protest.

Go back just one thread and you will see me trying to appeal to those here that do have power and a stronger voice than I. But they tell me that q says don't do anything......

This is looking and sounding like so many other failed enlightenment's, lots of good info but no one really using it.
And I don't like that.

You mentioned troy but notice that I don't come at her like I do with rel or saber. Troy is welling to change the rules if they need changing. The others not so much.

Q's rules need to change.
In order to make those big changes that so many here seem to want , I feel you/we will have to be willing to throw q's entire plan away if need be.

I agree Q is complicated, vague and confusing. In the current situation it has to play by the rules of war with complicated rules and deception all a part of it. Q has been consistent and novel in calling out the deep state and giving the people a heads up to watch out. Depending where you are is what you will get out, it does provide a centralized communication source for timing actions and understanding events.

I think getting seen like that will do a lot more to keep this in the minds of the masses than most anything else can.

Cps is a personal topic with me. I needed them , really needed them when I was a kid and they did nothing for me.
If these protest were happening in my state I would join with them.

I'm in florida and I'm to poor to drive across the country....but that made me think about what you said before about the power of sm.
Because at least I can like them on fb and twitter.


Johnson’s spokesman told reporters that every Conservative MP who doesn’t vote with the government tonight -- even those who abstain -- will be expelled from the party.