She's a "dog" for somebody or some group of somebodies.
edit on 29-8-2019 by queenofswords because: (no reason given)

Well said! If nothing else, this IG Report on Comey tells Democrats and the Media that the Horowitz/Durham/Barr/Huber investigations are ongoing and REAL.

They need a wake-up call on border wall construction too. Still pretending that nothing is being built.


The private island owned by convicted sex offender Jeffrey Epstein was in Hurricane Dorian's path but appeared to have missed a direct hit, forecast maps show.

posted on Aug, 29 2019 @ 06:44 PM
link
Well, given all the amazing news today and the inaction of our half-assed DOJ, at least something happened that gave me a chuckle.

I really have nothing nice to say about the 'plan' at this point, so I'll just shut up.

Thought I'd at least check in. 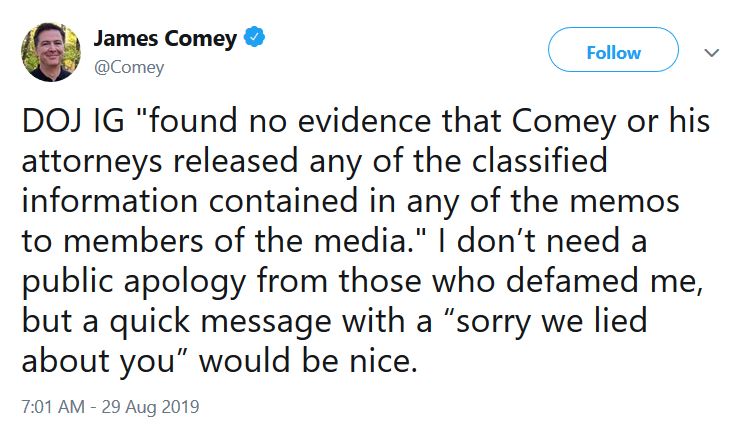 If the Dorian Gray deep state had a portrait, it would be James Comey kissing himself in a mirror.


Larry Celona is an Anagram for Royal Lancer. The same Larry Celona from The New York Post was the first to report the death of Jeffrey Epstein, Stanley Kubrick, JFK Jr., and all the NYPD suicides. Guess who is the Colonel-in-Chief of the Royal Lancers?

My Twitter post telling James Comey he deserves to hang has gotten me suspended. It looks to be permanent.

Just wait until they find my meme folder. 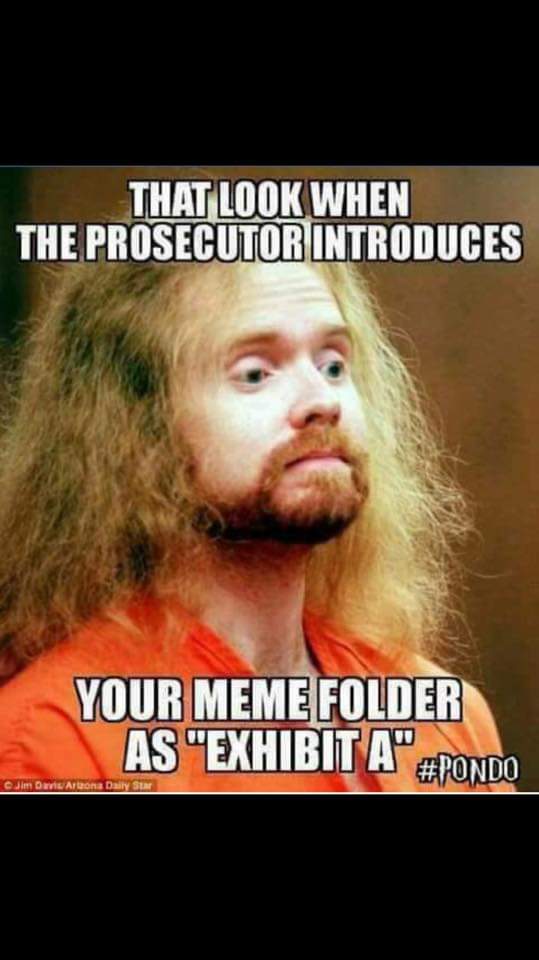 For attempting to enlighten human beings by teaching them *alien* "secrets" (a.k.a., leaking classified materials?), Ea was banished to earth forever, to suffer birth, life, death and reincarnation "forever".

Is this world, then, a prison planet for Ea?

Where is Ea now?

Is he currently a player on the world stage?

Do we see him in the news?

Or does he operate in the shadows, behind the scenes -- like Q -- leaking truths, exposing corruption and lies?

Or has he abandoned his original mission to help enlighten humanity?

Does the Brotherhood of the Snake still exist? In its original form, teaching the same content?

Do I have to become a member to learn what those "secrets" are?

Those are some of the questions I might want answered if I were a follower of Ea.

I can only assume this comes from people who have never been involved with a Criminal or Civil court case and have no idea how long it really takes to both create a VIABLE case and to execute it. Let alone cases that are being built, leveraged and then altered to prevent premature public hanging syndrome.

I can assume those same said folks figure the old order of "hang one guy, let the crowd cheer and then business as usual..." method of control is still in order a the highest levels.

I can only assume that folks who THINK that the DOJ was ever working for them, or the regular working class people, were/are actually accepting of the lies perpetrated on them and are very happy to continue to use that system of symbolic justice to help them feel vindication for twenty minutes.

If the old DOJ - "perp walk one every three years so the plebes think we're working for them..." is the way to go then there is no reason for Q or any of those affiliated, because any low level stooge can be trotted out, given a fake "here is what he did..." resume and be executed so the plebes feel justice flow through their veins for 20 minutes while the enslavement continues unabated.

I've said this time and time again: Using the DOJ which was created to enslave the PLEBES to destroy the Controllers is INSANE!!!!!!! Yet, in order for the Controllers to be removed it has to be done this way - this is still a FREEWILL PLANET and the rules are a problem.

The symbols, the names we know ARE NOT IMPORTANT AT ALL except as symbols to access a control system that has existed, in its current form, for thousands and thousands of years (far longer in TRUTH) and the liberation cannot and should NEVER be measured on James Comey's incarceration (if he isn't still FBI).

This has been a HELLUVA week, HELLUVA so frustration makes sense, but alas it might be placed in the wrong direction. Raising children takes a lifetime, but surely some 16+ solid years of being supportive, why can't Q team be given the same support level given the immeasurable undertaking that is PLANETARY LIBERATION. 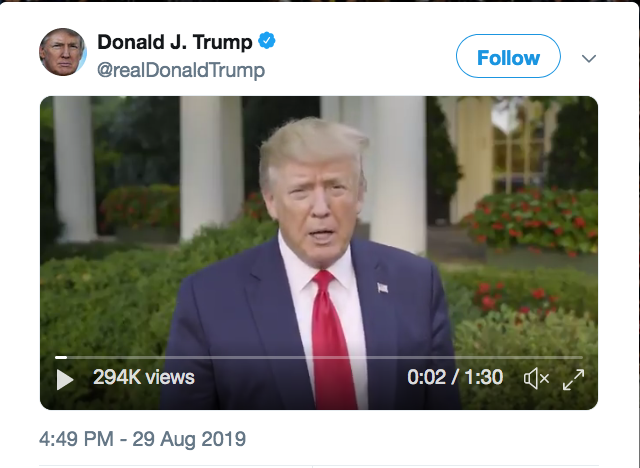 VERY interesting tweet on the The Storm. Watch the clip, notice how he never mentions the landing location? Double meaning?

posted on Aug, 29 2019 @ 07:35 PM
link
So I'm now hearing the "THEY" from the FBI whom officially reviewed the 3 Comey memos he took home...and subsequently decided they shouldn't be designated as 'Classified' are...

cherokeetroy, so this is why I find the SpaceCom speech "Pence going to Poland instead of me" interesting:

1) POTUS cancelled the Denmark visit on that trip a week or two ago following the "Greenland absurd" remarks,

2) POTUS now sending VP to Poland at SHORT notice frees up the whole of the planned trip duration for Q35:
"POTUS will be well insulated/protected on AF1 and abroad (specific locations classified) while these operations are conducted"

3) We have been told in Q55 that POTUS will say on Twitter at the start of the operation:

4) Notice the "Exactly this:" in post above!
We assume this this will be a POTUS tweet but I've just found a twitter account with the handle @exactly_this and name of John Brown (could be a John Brennan or a military base JB account).
Interestingly the account has not been used since July 2016; posts anime and uses Russian text only!
The account ends each of it's tweets with ^^!


Why is POTUS surrounded by generals ^^

I've said before that Friday's are a good time to act if you're going to shock the public, it allows them the weekend to try to adapt. Maybe this is THE weekend.

I'm not a follower either but sure would be mighty damn interesting to have some of those questions answered.

Does this go all way back to Adam & Eve and the serpent? IDK, never really looked into it, just a thought.

Today was smoke. Today tells the world that POTUS Trump saying Comey was a “bad cop” and deserved to be fired was all true and NOT a hoax...like Russia Collusion.

There are multiple investigations going on. As Huber and Horowitz each wrap up theirs, they all will get consolidated into Durham’s.

What are the leaks out of Durham’s shop? I haven’t heard much from him. As he gets the other investigations handed over to him to go along with what he’s uncovering along with previous Congressional Investigations; could take a little time to get through all that we DO KNOW and probably a lot we DONT KNOW.

This investigate the investigators starts and ends with Durham.

Huber has the utah data center.

he can prove everything

Now that was a highly spoopy great read. Wow, Redrum. 🤔