People are talking about a photo taken in Cairo, Egypt that admittedly looks to be Steve Jobs' doppelgänger. 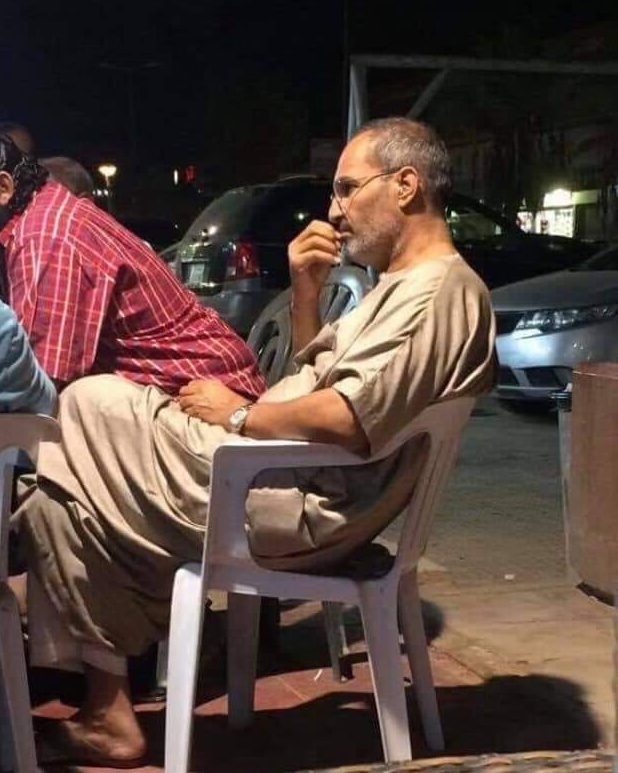 A pic of the real Steve Jobs for comparison. 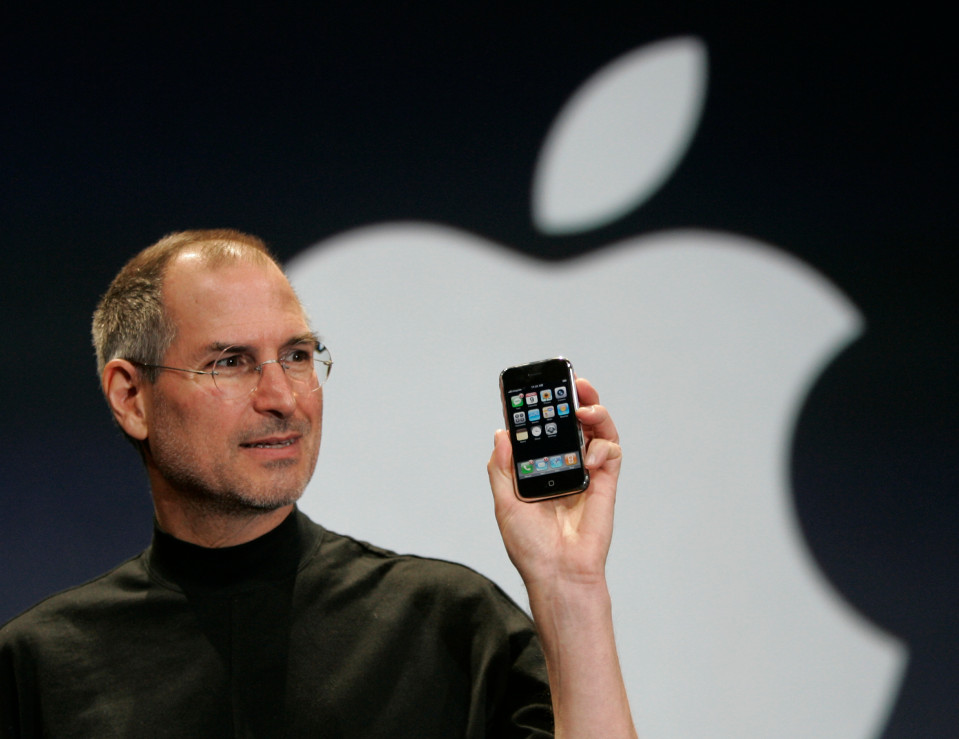 The undated photo has been shared on Reddit and the conspiracy theorists are coming out of the shadows to give their opinions and theories.

One wrote: “This guy looks too much like Steve Jobs to be so random.”

Another added: “Even something about the way he sits.”

One said: “Honestly, wouldn't put it past him. His love for Egypt and that type of simple living. That spirituality that lives there. The need to escape."

“Idk (I don’t known) man. I'm not very into conspiracy theories, but Jobs would be crazy enough to actually do it.”

This is not the first time conspiracy theorists have questioned whether Jobs may still be alive. A selfie posted to Reddit five years ago sparked claims Jobs was hiding out in Rio de Janeiro. But again, there was no evidence to show when the photo was actually taken.

No, I don't think Steve Jobs faked his death and now lives a simple, secluded life in Cairo. However, the unknown man in the photo really does look like a Steve Jobs twin.

Is it true that everyone has a doppelganger?

They found that there's about a one in 135 chance that a pair of complete doppelgängers exist somewhere in the world. But the likelihood of someone walking around looking identical to you, specifically, in all eight facial features is only one in 1 trillion. Creepy, but not very likely.
sciencealert.com

Something about the eyebrow curvature is wrong and ears. Ears are a good giveway.
If Steve Jobs wanted to disappear he certainty had enough money to do so.

I've always found these pretty cool:
People that look like old paintings. Some of them are spot on
mymodernmet.com...
edit on 26-8-2019 by JAGStorm because: (no reason given)

That combined with the popularity of his close cropped hair and beard combo, means it wouldn't be hard to find such a similar face in the Middle East. As that photo indicates.

And, although I could imagine someone like Jobs faking his own death, I don't imagine he could keep it up for too long. He loved being famous and influencing events in his chosen profession too much for that.

If Steve Jobs wanted to disappear he certainty had enough money to do so.


Correct, and I'm pretty sure the first thing he'd do would be spend a little $$ to make sure he looked nothing like his old self. If he was as smart as everyone says he was, he'd know that just trading his turtleneck for a Galabeya wouldn't cut it.

The Egypt guy needs to give it a go and come out and proclaim himself Steve Jobs, just to make for a fun story.

posted on Aug, 26 2019 @ 05:30 PM
link
a reply to: jtrenthacker
The great philosopher Humpty-Dumpty pointed out that all humans look alike. "Your face is the same as everybody has- the two eyes, so- nose in the middle, mouth under. It's always the same."
"Through the looking-glass", ch6, Lewis Carroll.
So individual examples of humans looking the same should not be surprising.

posted on Aug, 26 2019 @ 06:05 PM
link
I think probably none of them wanted to associate their admittedly accurate (albeit despicable ) facial recognition tech with a story in the same bag as big foot corpse found decoding star gates with sun adverse tech billionRe in the pyramids
a reply to: Falling Down

originally posted by: Fallingdown
This should’ve been over an hour after the story broke .

I don’t want facts getting in the way of a good conspiracy. This is ATS.

posted on Aug, 26 2019 @ 06:09 PM
link
Ears are too small, nose is too small and bulbus, but he could have certainly played a convincing stunt double.

There's 7 billion people on the planet what are the chances???

I don’t want be the wet blanket. Have at it !