How many people have committed suicide because of CNN’s constant doom, gloom and scare tactics ? A lot of these people are deranged and CNN’s narrative can put them over the edge .

Let's keep giving them the reaction they're looking for. Woo! We should be appalled and emotional!
edit on 8/25/2019 by 3NL1GHT3N3D1 because: (no reason given)

That post caused me to have a hernia from my uncontrolled laughing.

Didn't see that one coming.

But not John Wick.

Yeah...but what about Chuck Norris ?

Lolz
How do you even explain Left Wing idiocy?

I never voted trump and wont vote trump in 2020 and yet I have to defend him from the lefts idiocy on a regular basis... really wish they would calm down and develop a platform that could actually win rather than focus on orange man bad.

I'd say Trump is responsible for the death of trillions, perhaps even more because he won and Hillary didn't.


Its not just this planet Im worried about, All class M planets through out the Milky way and beyond are in danger now that President Trump is in office. Did you know that even cows are passing more flatulence since he took office? Whales in the bottom of all seven seas are committing suicide daily, and the Sun may even refuse to shine, mountains tumble to the sea. There will be no more you and me
edit on 25-8-2019 by visitedbythem because: (no reason given)

I'm a Clint guy myself.

But Mr. Eastwood has his reasons.
edit on 25-8-2019 by EartOccupant because: The smell of gunpowder.

Lol, even CNN are embarrassed about the stupidity on this one, but here you are trying to underpin the madness.

The US continues to do more than most countries wrt to climate change - the patheitic Paris Accord does absolutely zero. Newsflash. Mass shooting? Oh, that's on Trump is it. Never had those before in America?? War on drugs? Lol. Didn;t that start some time ago... reaching a peak under .. cough.. Clinton? Dead asylum seekers? Enforcing the laws made by Congress is now genocide like Hitler???

Seriously, CNN are cringing with embarrassment over it. GTFOH

posted on Aug, 25 2019 @ 08:02 PM
link
cNn seems to have the same agenda as the rest of the left and the dEmocrat party: Ensure that President Trump wins a second term. 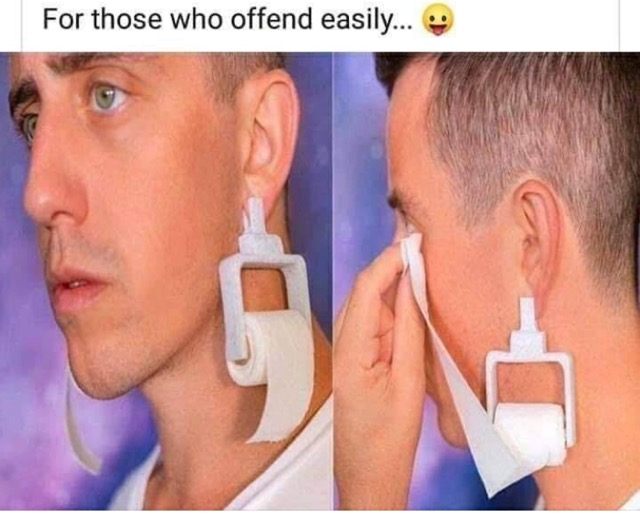 Well, CNN has assimilated almost as many minds as the entire history of the Borg Collective.
How's that for hyperbole?

A psychiatrist, huh? Anyone want to guess who his patients might be?
edit on 25-8-2019 by VictorVonDoom because: (no reason given)

The People at CNN are C.I.A. Controlled , Eat Human Flesh , are Satanists , Lie All the Time , Hate President Trump with a Intense Insane Passion , and are Un-American Traitors to their Country . Hey , Somebody Prove Me Wrong here ?

posted on Aug, 25 2019 @ 09:17 PM
link
I just love it when pro-abortion individuals talk about stopping killing and how much they care about children.