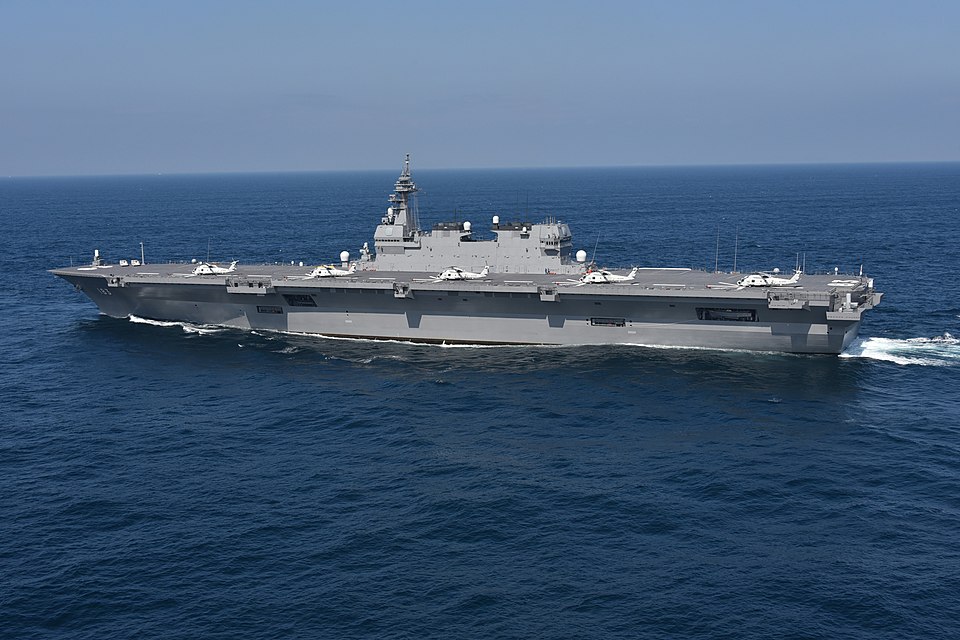 
... The Marines currently have an F-35B squadron forward-deployed to Japan — the “Green Knights” of Marine Fighter Attack Squadron (VMFA) 121 that operate with the Wasp Amphibious Ready Group as part of the 31st Marine Expediniaory Unit.

The Marines have charted out a similar relationship with the U.K. Royal Navy to deploy a squadron of F-35Bs from the new HMS Queen Elizabeth (R08) carrier for its first deployment.


Heard a rumour not too long ago that they were looking at this -- my impression was it would be natural to take a shallow dive into what this would look like for contingency purposes, and didn't think much of it.

This article reveals they received a request from Japan in March for actual deployments, which is another thing altogether. Obviously there is a Chima element to all this. Japan is, of course, buying 42 F-35B of their own. Presumably they would train first alongside the Marines on US ships and then Marine deployments on JMSDF ships would be onboard tutors as they get things rolling.

I'm curious how this would affect the EABO concept if foreign ship-board deployment becomes a regular thing.

Flying USMC aircraft off a JMSDF ship named Kaga is an interesting twist of fate if this occurs.
edit on 23-8-2019 by RadioRobert because: (no reason given)

“I fear all we have done is to awaken a sleeping giant and fill him with a terrible resolve.[1]

I think teaming up with the Japanese would suprisr the world at how well the two services would work together.