The news site (BUCKRAIL) that posted an article on this sighting, did a little research to see what they could come up with. All highlighted content comes from this LINK.

Buckrail also checked the flight log database on US Department of Transportation website and no flights are recorded in that airspace at that time.

Leading up to the meteor shower, a meteor seemed like the logical explanation, but three separate astronomers ruled that out — it’s too bright, it moved way too slowly, and meteors leave a streak in their wake.

Samuel Singer, former Executive Director of Wyoming Stargazing and space enthusiast, guessed it’s a drone. Local photographer and drone pilot Sam Cook agreed that was plausible. FAA rules say drone lights need to be visible for at least three statute miles, which is “pretty bright,” Cook said. And Michael Brotherton, a professor of Astronomy at the University of Wyoming, said a drone is a valid hypothesis.

There is a jet route that follows almost the exact path captured in the video. But, he added, there’s no military training airspace in the area, and fighters generally fly in pairs unless they’re just transitioning from one base to another. At almost four in the morning it is an unusual time for a single-ship to be flying.

BUCKRAIL mentions that the results of their investigation are inclusive, but the lighted object being a drone is the most likely explanation.

I agree. From the moment this object was first seen, until the very end, when it disappears from the webcam, it looks and behaves just like a drone. However, the thing that has me confused, is the strange flash seen at the end. If you look closely, this flash illuminates the entire mountain range seen in the distance. So, what caused this flash? What do you think it could be?

It was the flash at the end that really threw her off — bright, brief, if you blink you might miss it. It appears to light up the whole sky.

“There does seem to be a flash of light from the object partway through that is likely artificial,” Brotherton (a professor of Astronomy at the University of Wyoming) wrote in an email. 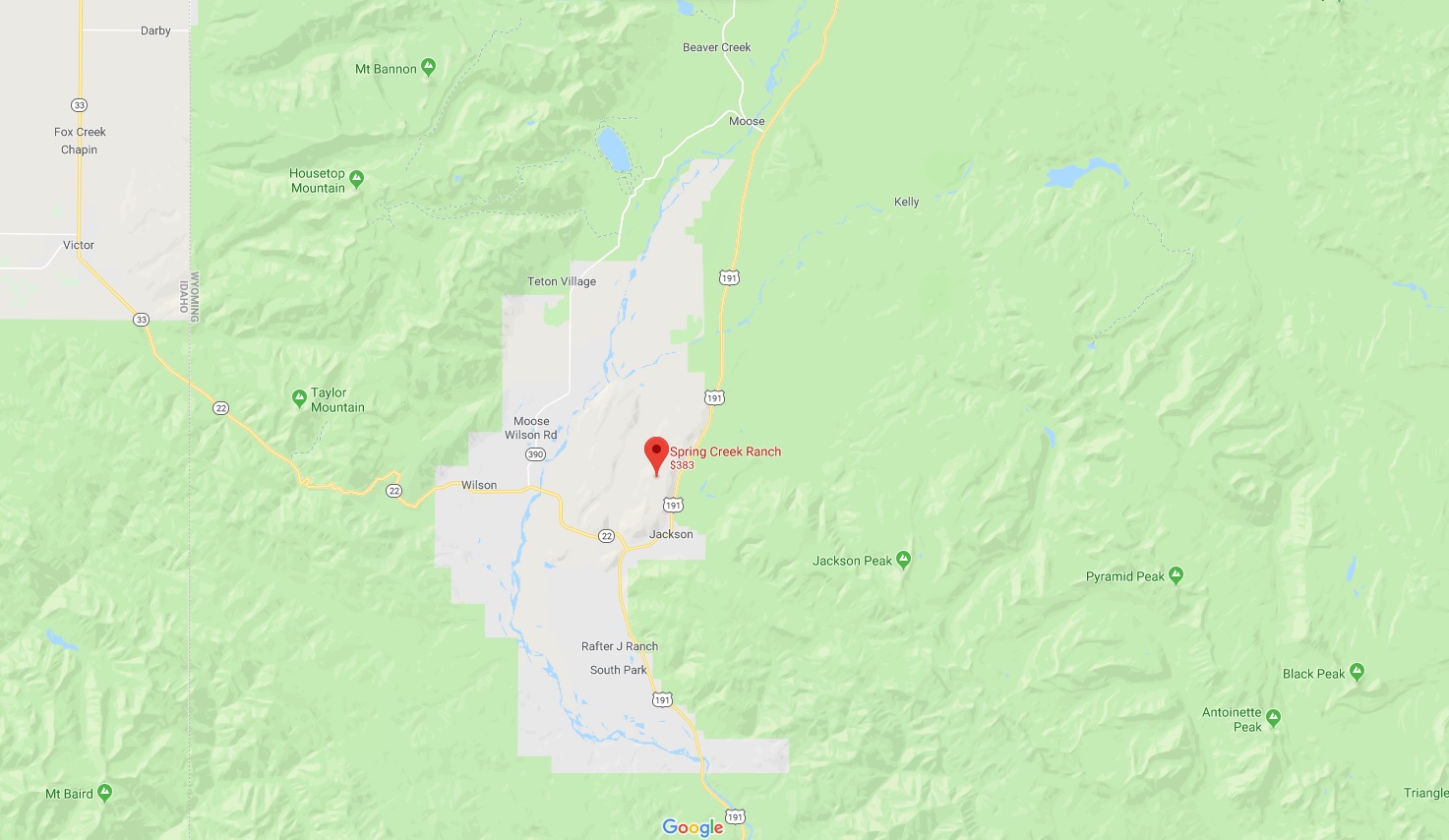 Original Video (Notice The Flash At The 3:30 Mark...It Lights Up The Mountain Range Seen In The Distance: 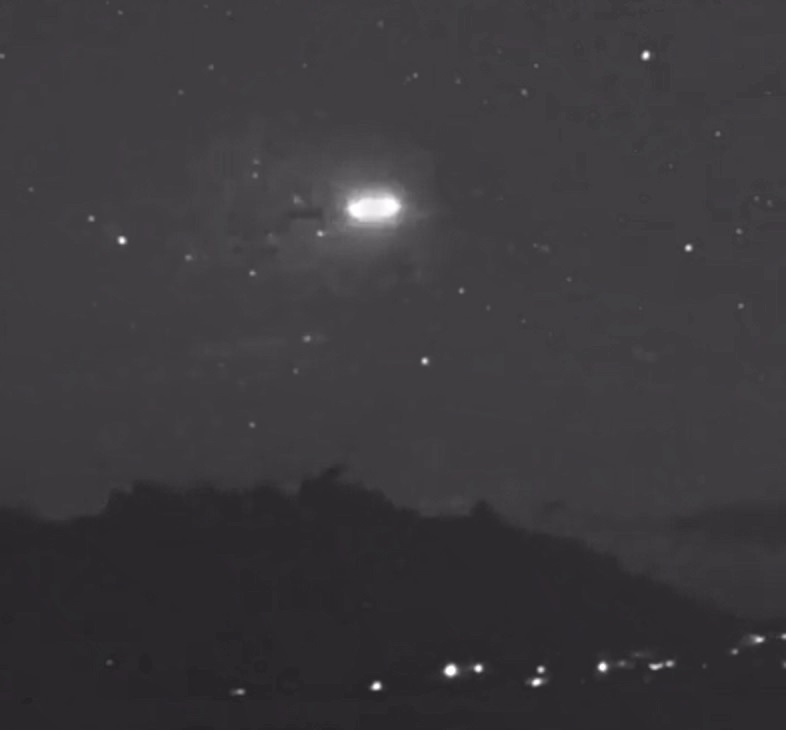 10 Second, Sped Up Version Of Above Video (Notice Flash At The End):

That's the most logical explanation, but who knows...it's all speculative. Someone else could think it was from the strange craft that disappeared from the webcam screen. But you're right, the object most likely was a drone and it probably was just coincidence that a meteorite entered our atmosphere, causing the flash.

The object seems to speed up as the video progresses.
Meteors shouldn't speed up, should they?

The closer an object is to you, the faster you will perceive the speed of the object. Think about it. That plane over your head may be traveling at 500mph but it seems much slower than if a plane passed 50 feet in front of you going the same speed.
edit on 21-8-2019 by drewlander because: (no reason given)

posted on Aug, 21 2019 @ 03:38 PM
link
That flash lighting the mountains is likely lightning and unrelated to whatever is flying by. Drone seems plausible.

While there is no perceivable debris trail which you might expect from both meteorites or space junk, this thing seems relatively slow.

Just to add, the object appears...I stress appears, to be below cloud level as you can see from Blue shift's picture below.
edit on 21-8-2019 by smurfy because: Text.

posted on Aug, 21 2019 @ 04:28 PM
link
Well, here's a composite of an image showing the UFO and a daylight image from 8/21/2019. The UFO is on the far left. Curiously, the light from it reflects off a small pond near a farm. It's the white spot in the lower left hand corner. Somebody with superior math skills might be able to calculate the angle of the reflection with the height of the camera and the UFO and determine just how high it was. Or not. Nice little detail, though.

Hah. I just noticed the Big Dipper in the image. So we know which way the camera was pointed. That might help determine the flight path and see if there were any other webcams operating down the line that might have picked it up.
edit on 21-8-2019 by Blue Shift because: (no reason given)

A drone is a likely explanation, but then we could attach that theory to any object of that size photographed or filmed in the sky - which kinda spoils the speculative fun these days!

Do we know if there was a thunder storm that evening, potentially accounting for the flash?

Or was it our little friend speeding off instantly, in the classic fashion?

posted on Aug, 21 2019 @ 06:16 PM
link
Would a flight database have records of any helicopter flights in the area at the time? This whole area around Jackson Hole, South Park, etc., is jam packed with rich folks and movie stars, and it wouldn't surprise me if one of them had a private helicopter fly in (or out) to whisk them away to some fabulous billionaire party or movie shoot.

No flashing strobes, though. Although if you look at the shape of the thing in the real-time video, it seems to shift back and forth from being thick on one end to being thick on the other end. Or maybe it's slowly rotating.

originally posted by: ConfusedBrit
Or was it our little friend speeding off instantly, in the classic fashion?

originally posted by: Triton1128
That's is NOT a meteor. If it were, it would be the slowest in recorded history. It would also leave a vapor trail of vaporized rock / gas/ metal / water behind it.

Here one off mine

Silly POV. The video shows a UFO. There is no evidence of any meteor shower. The UFO doesn't look like a meteor or meteorite and it doesn't behave like one. Since we cannot see the UFO after it disappears on the right you can't rightfully assume that the flash is connected to the UFO. What about a flash created by lightning?

posted on Aug, 25 2019 @ 05:48 PM
link
Not gonna lie just as it leaves the screen it really does look like a flying disc or even the Millennium Falcon

posted on Aug, 25 2019 @ 11:42 PM
link
This is a meteor. The class is an Earth-Grazer. These meteors come in at such a low angle, that they actually skip off the top of the Earth's atmosphere and go right back out in space again.

It is very high altitude and is approaching the camera obliquely, so it looks slow as it approaches but once it gets near perpendicular to the camera it starts to exhibit it's real speed. The first flash is part of the bolide exploding and fragmenting weaker material as it heats up as the altitude slightly descends, and the same with the second, longer flash as it goes out of the field of view.

If you could see it after that, a slight ionized tail would start to appear and then you would see it appear to climb and zip away out of sight in a second or two.

I have seen a few of these, and this is really a classic. Well imaged and very impressive.

If it had come in at a lower altitude, the shock of hitting dense atmosphere would most likely make it super bright and then explode.
Chelyabinsk was a low angle strike that could not withstand the pressure of hitting dense atmosphere and succumbed to it. Tunguska would be another extreme example. It is a good thing that this was not at a much lower altitude!
edit on 25-8-2019 by charlyv because: spelling , where caught