A question for British parents

originally posted by: MerkabaTribeEntity
Hello all, I have something that I could do with some advice or opinions on,


Ask him if he would like you to go with him,tell him you are excited for him to be getting his results back but that you will understand if he wants to go alone because he is the one who put the work in .Let him know he owns the moment and then he will be more likely to own the results of the test.....try to share the moment and you risk sharing the accountability which really is all his own.

I'm not British but I went to HS in Europe. I know how stressful those exams are for both the parents and kids.

Tell your son that no matter what he gets you are proud of him, that grades are not him. Tell him you love him. I don't think boys get to hear that enough.

Ask him if he wants your there - tell him you love him. And tell him exam results are really not that important.

Under different circumstance a GSCE can be taught in 6 months.

Many employers including myself disregard exams results. Its integrity - work ethic - tenacity that makes a good employee.

I had an apprentice 10 GSCE's, 3 A levels - very clever. But lazy and self entitled... fired him for time keeping and attitude to others.

If its Uni he needs grades for he can retake.

They're not worth stressing over. Love and happiness is priority...

On that note I hope he does well

posted on Aug, 21 2019 @ 11:00 AM
link
So what I would do is go with him, bring a few other relatives along as well for additional support and make sure you bring the university prospectus with you because that might come in handy if he doesn't get required grades.

Now what to do is this, if he gets the grades he needs all is well with the world, amazing no problem but you need to be ready if he doesn't get those important grades.

If he doesn't get the grades this is what want to do; take a deep breath, point at him directly, look him in the eye so he knows that you love him and then shout in his face in front of everyone about what a failure he is, tell him that all the other relatives you have brought with you knew he would fail and then find that one smart kid and praise him/her as much as you can with snide remarks about how lucky their parents are. Now for added emphasis what I would also recommend is holding that university prospectus up in fort of him and shredding it, symbolising how he has just shredded his future, make this all very public. Start ranting at anyone you can find about how you knew this would happen and that said granny was correct and yes, he is probably retarded and no your not 100% sure that he is actually your son anymore.

Now when you leave make sure you point at that girl he likes (if you don't know just pick the prettiest girl in his class) and make sure he knows that a girl like that will never love him now because he is a failure. On the drive home drive him past his favourite restaurant and tell him thats where you were going to take him for dinner but now there isn't any point, finally when you get home, show him the holiday tickets you bought him to celebrate and rip them up in his face. If you can that night phone a loved and make sure he hears you crying as you tell said loved one how disappointed you and your entire family are with him.

Or you know...you could ask him if he wants you there?

Your over thinking this.

It's ok to mess with your kids cool. lol


It sounds like you want to go so I say go.

originally posted by: MerkabaTribeEntity
My Son is due to pick up his GCSE exam results tomorrow, and what I'm wondering is, do I go with him?

Eirther way, hope he does well.

I have asked him and he's in the same boat as me, he says he's not fussed if I go or not but that he doesn't know if it's normal either, lol 🤷🏻‍♂️

It's a big day tomorrow as he's already been accepted into college (digital games development) and has to go straight to the college with his certificates after collecting them,

I hope he did as well as expected, he has Aspergers so it was a difficult road at times, but as long as he didn't completely flunk I have a new PlayStation 4, a VR headset, 2 controllers and a few games for him hidden under my bed,

...if he did completely flunk, I'll have some PS4 gear for sale if anyone's keen 🤣

Thanks again all, I'm going 🙂👍

At his age, he's got every right to decide for himself whether he wants you there or not.

Assuming he has friends at school, I'm sure they will provide any support he needs if you're not there.

As it happened, it was a mixed bag of kids with parents and kids without, but it was a nice opportunity to say hello to and thank some of his teachers for all of the help over the years,

He passed every exam and got the grades he needed for his college course, he went there straight after to officially enrol, the boy did good 🙂👍

As a side-note, he was as happy as a pig in muck when we have him the PlayStation+bits, the only problem is I forgot a copy of Ace Combat 7, town later it is then lol

Cheers again for the replies everyone 🙂 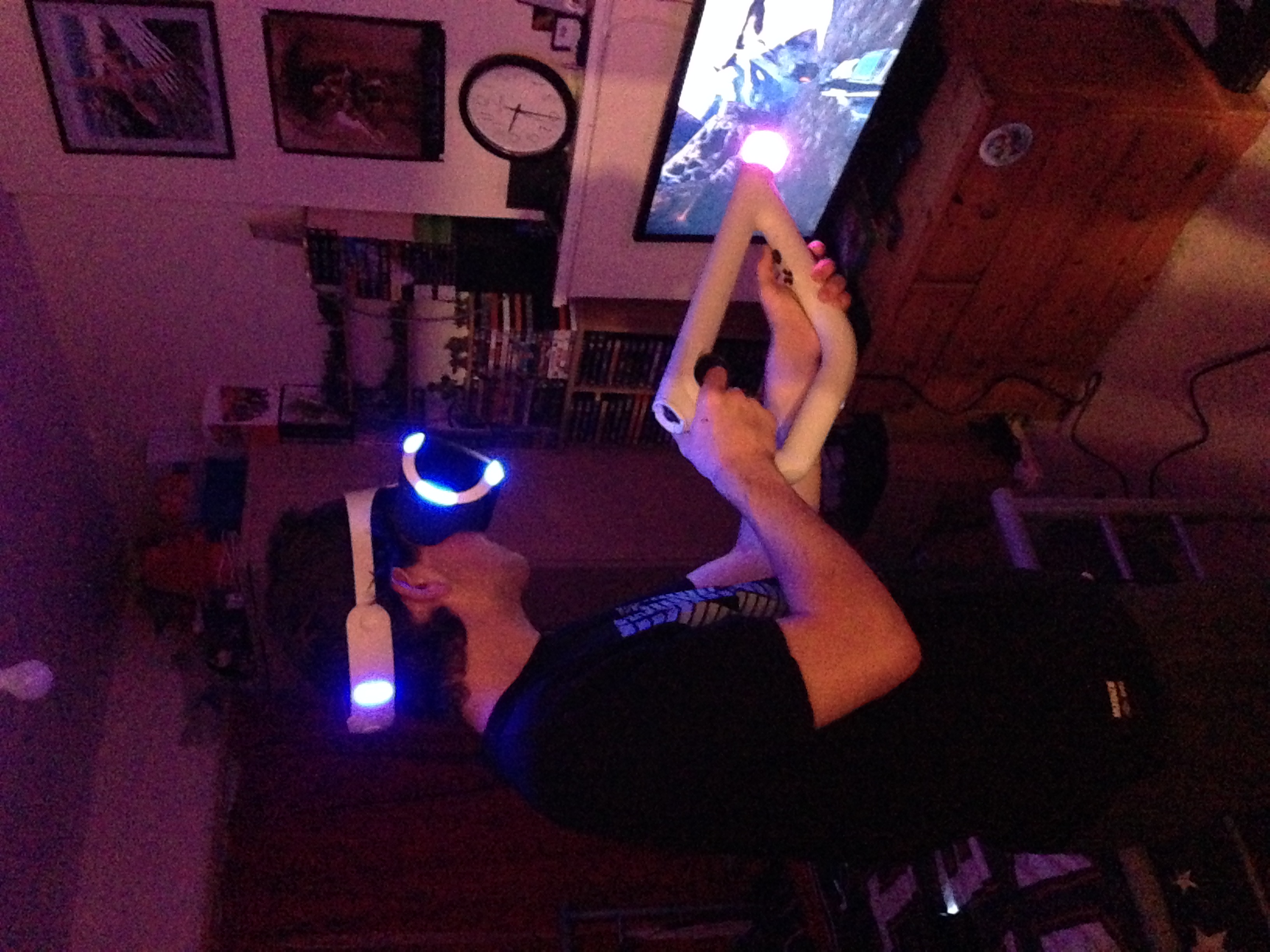 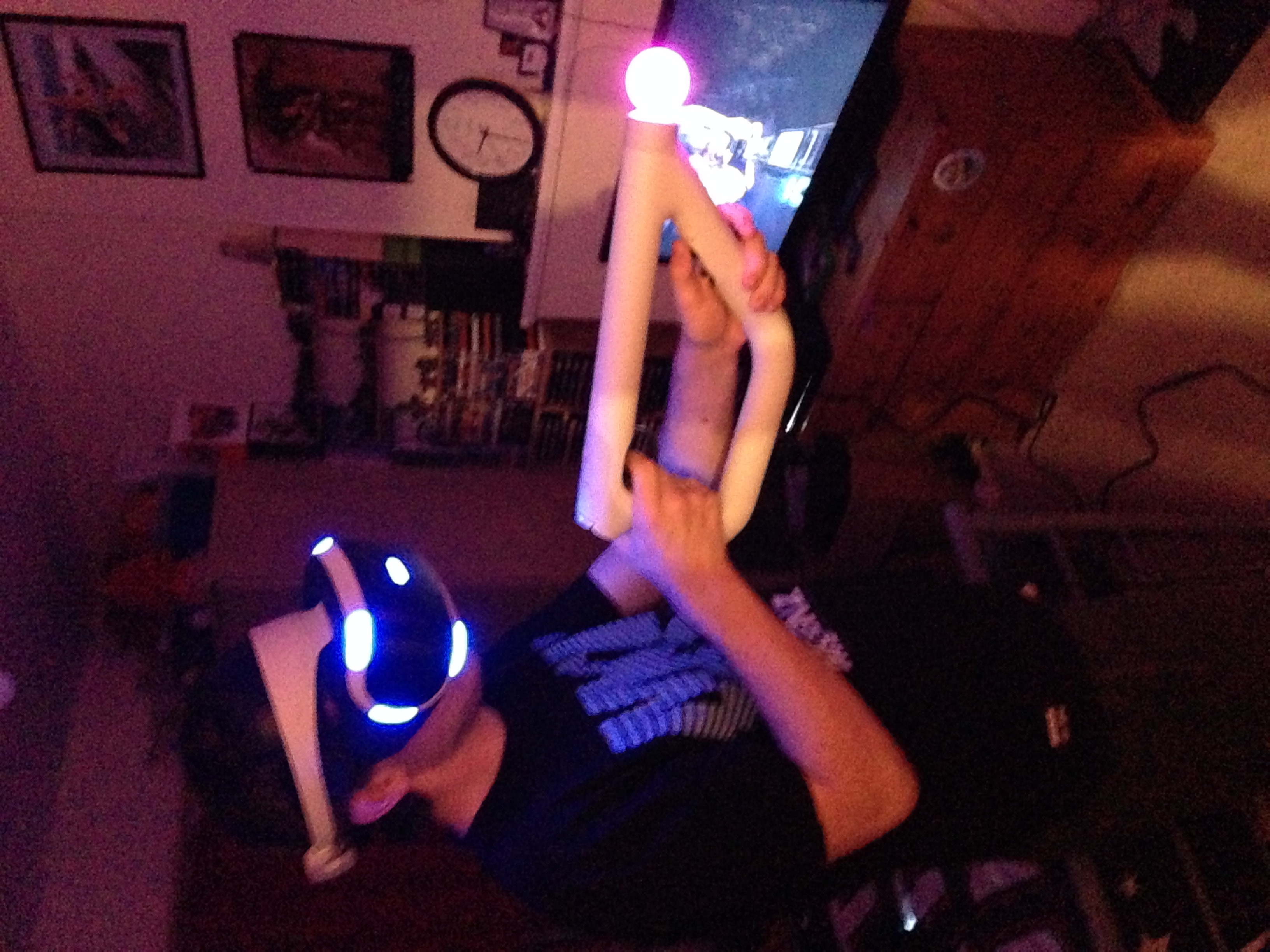 No idea if it's the right way up for others, it seems I'm still struggling to get this whole picture upload thing right still, lol

Anyway, that's me financially buggered for a while, but it was worth it 🙂👌