posted on Aug, 20 2019 @ 10:03 AM
link
Back on July 22, 2018, a photographer took a picture of White Horse Mountain located in Washington State. The person didn't notice the object until many days later, when they attempted to color correct and crop their photo.

The photo is probably one of the clearest photos I've ever seen of a UAP. This sighting was reported to MUFON and the report included the original picture.

I decided to look into this case, after discovering a video on YouTube that was on this particular sighting (posted below). It was posted on Sunday and the uploader does a decent job analyzing the photo. He concludes it looks a lot like the Space Shuttle and I agree with that assessment.

IMO, I don't think this is a photograph of a drone or bug. It very well could be a plane, or some type of military craft, but it's hard to tell. Since the object is that of an indistinguishable craft of some type, I believe MUFON got it right calling it an "Unknown Aerial Vehicle." What's your guess? 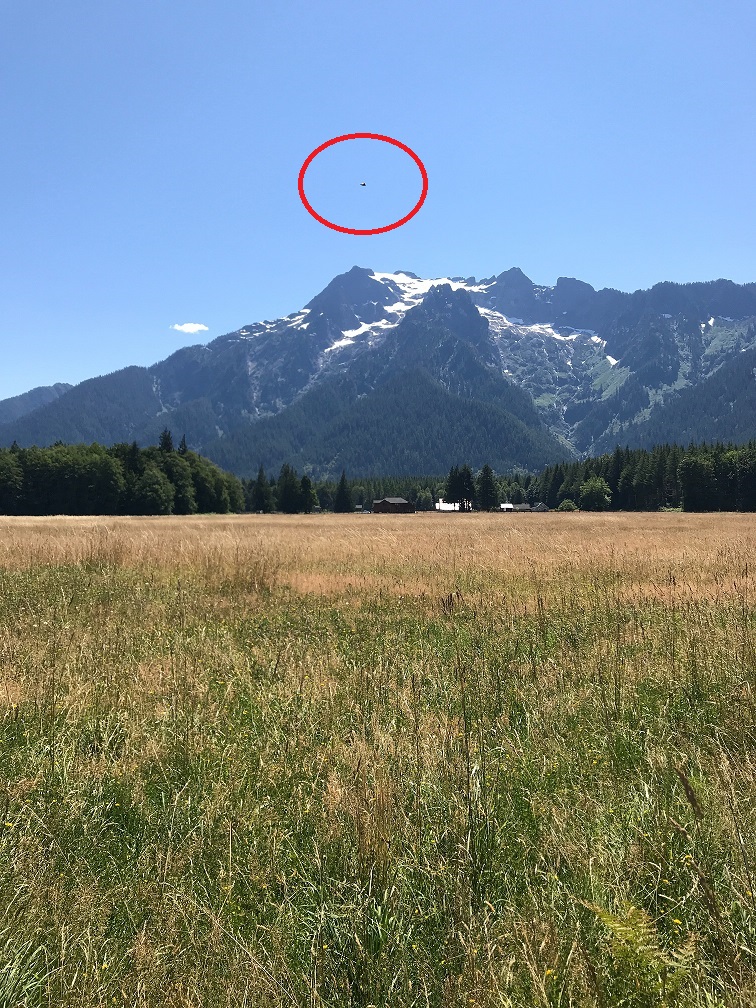 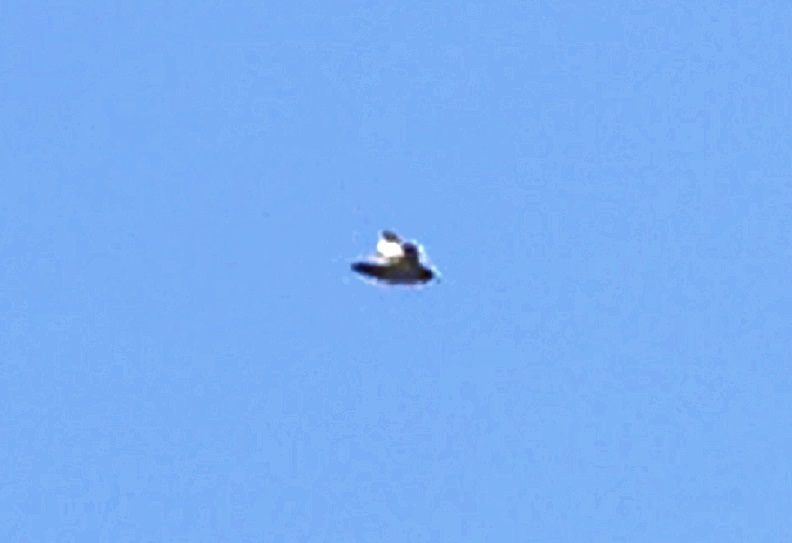 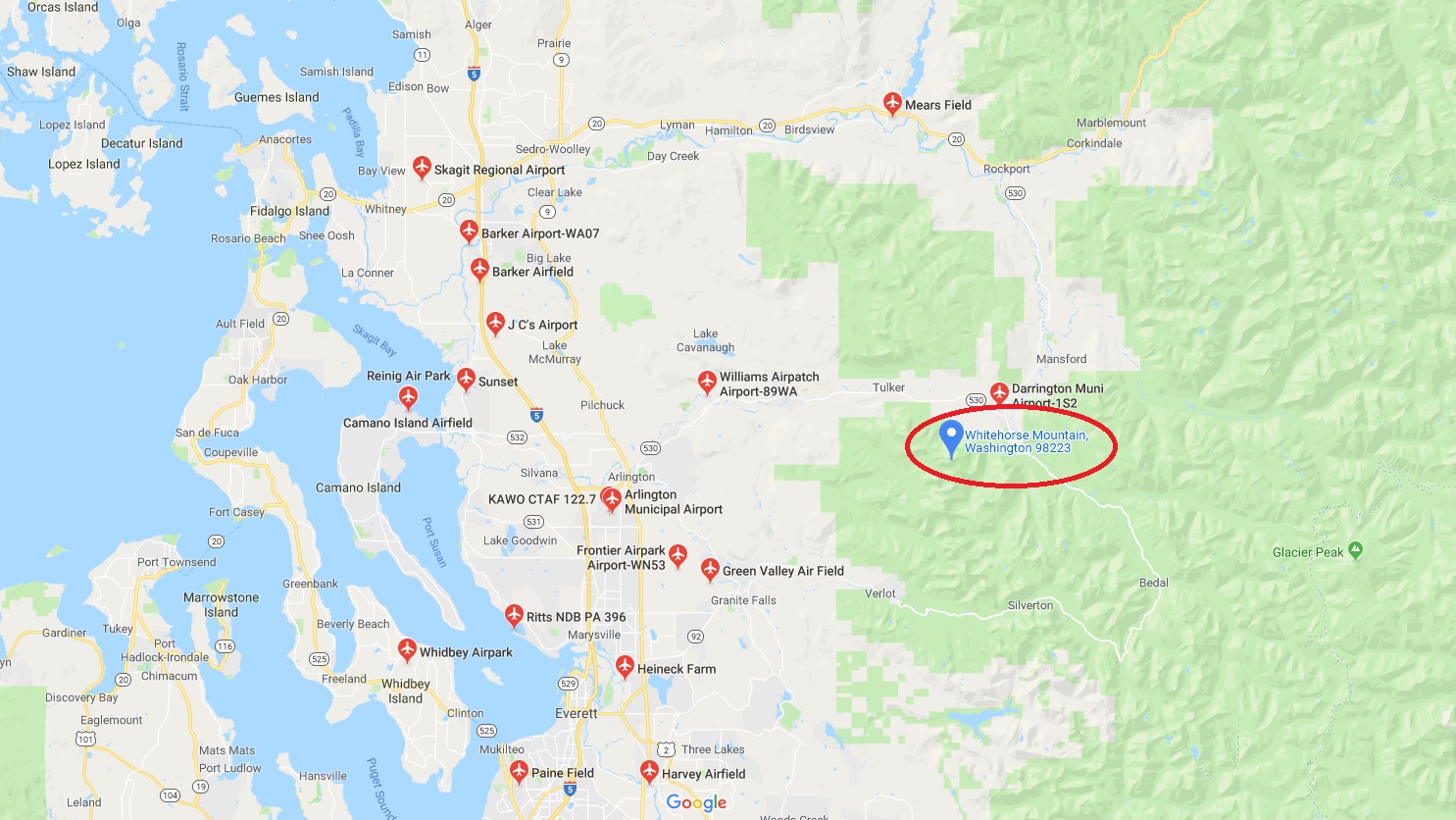 “Didn't see the object in the photo until I went to crop and color correct it after a number of days,” the witness stated. “At the time, I was facing into the sun and had to cover up the top of the camera to prevent lens flare. I don't recall any planes or helicopters in the area at the time, but it was hot and windy with many cars on the road, so I didn't linger and quickly took the photo and moved on. I don't live in the area, so not certain if that area has any regular commercial air traffic. Either way, it was very interesting to find it in the photo.”

VIDEO ON THIS SIGHTING (Annoying music at the beginning):

posted on Aug, 20 2019 @ 10:11 AM
link
the enlerged crop certainly resembles the shuttle seen head on, if indistinctly.

Except for the bottom part, it doesn't look super aerodynamic though. (looking further it does resemble the X37b.) Strange looking contraption.
edit on 20-8-2019 by NoCorruptionAllowed because: (no reason given)

Whaaat? Not a White Orb Mothership? Come on, man, get back in the game.

It appears to be more over the wooded area, in the foreground, rather than above the mountain.


Maybe. They'd really have to throw it pretty far, though. I'm just wary of any report where the photographer didn't see it at the time they took the picture. 99 percent of the time that means it was something floating or flying around that they didn't pay any attention to at the time because it was unremarkable.

But... Washington state has bald eagles.

A bald eagle with leucism, can look exactly like the object in this photo.

Look at the right side of the zoomed in image of the object.

See the curved beak? facing towards the ground? It's on the right side of the "object". You really can't miss it.

It's not a UFO at that mountain. It's a flying bald eagle, with leucism, probably, much closer than the mountain, but still so far the photographer didn't realize they snapped it.

Good photograph no matter what, but the actual appearance of the beak on the right side, makes the rest of the anatomy easier to see. You can kind of make out the talon bulge and everything.

This is assuredly, a bird of some kind, captured mid-flight.

Oh yeah it would be a fab throw It really does look like one. The bird option too is likely especially at that height. That military X plane this looks too stunted to be that thing but maybe that's the angle of approach. Still unidentified

originally posted by: Archivalist
Good photograph no matter what, but the actual appearance of the beak on the right side, makes the rest of the anatomy easier to see. You can kind of make out the talon bulge and everything.
This is assuredly, a bird of some kind, captured mid-flight.

I agree it is a bird BUT I think your little beak addition is inclined to produce a bit of bias in the observer.

originally posted by: and14263
a reply to: Blue Shift

I agree it is a bird BUT I think your little beak addition is inclined to produce a bit of bias in the observer.
However , if it looks like a bird and acts like a bird, chances are, it's a ... ... Duck.

Yeah. Hard to be exact with that amount of enlargement. But the idea was to get the general shape of the thing across to make it more easy to see without the outline. Even if you ignore the beak, it still looks a lot like a bird, as you say.

Definitely looks like the space shuttle to me. The closest thing to that flying today is the X-37B so I'm going with that. Boeing isn't far away from this sighting. Who knows what they're working on these days.