posted on Aug, 19 2019 @ 04:13 PM
link
So I just read today that Turkey has been investing heavily into the tracking systems for their tactical ground based laser systems. Turns out they made the worlds first successful combat deployment of this platform against an enemy target in an actual battle zone. I think they even beat us to an actual battle kill (as much as an unmanned machine can be killed) using laser weapons. I posted this originally in my Libya thread, but I feel that the event has historic significance from a new weapons perspective and I would like to do more research onto the actual system used. It will take me some time, but any help I can get from the experts would be wonderful.
originally posted by: worldstarcountry
... The Turkish army has been heavily investing in ground based tactical lasers for their light armor to use against low flying craft such as UAV's, or even in a C-RAM capacity. I did not notice this until I read some analysts findings recently, but Turkey allegedly successfully demonstrated the first combat use of a ground based tactical laser, against a real combat target, in a real battle zone.

I say allegedly because, well the Turks have become masterful in the use of propaganda, especially within the social media sphere, so there is a realm of possibility that this could be psy-ops. In any case, I present the following report which claims to corroborate this action. 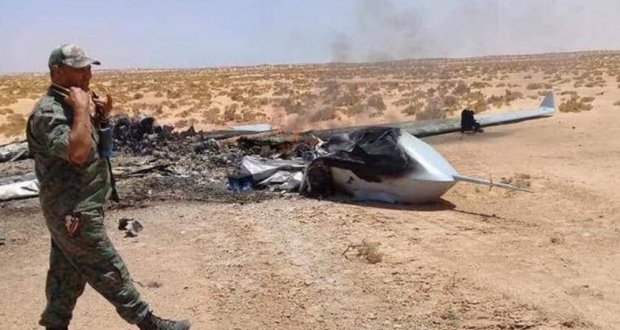 
Really important news often goes unnoticed. They occur, no one notices them, but the events mentioned in this news often have consequences that later, having developed to a large scale, make observers gasp - and it’s good, if only out of surprise.

On August 4, 2019, one of these events occurred, mentioned in such news, but not noticed by anyone. For the first time, a combat vehicle armed with a combat laser destroyed another combat vehicle on the battlefield. In a real war, on a real battlefield. And no one noticed.

Turkey, concerned about achieving military superiority in the region, as well as gaining qualitative advantages in military power over Greece and Russia (and, apparently, also over Israel), has long and seriously invested in innovative weapon systems, including weapons on new technical principles. In the early 2010s, the Turkish company Savtag demonstrated experimental samples of plants of different capacities, starting from 1.25 kW, and then up to 50 kW. The systems were created in conjunction with Tubitak, a state research institute. The Turks showed these systems as technology demonstrators and did not particularly hide the fact that they plan to use these developments as weapons.

For operators of the UAE-owned UAV Wing Loong II, a Chinese-made aircraft, this was an ordinary reconnaissance and combat mission. Their drone armed with an anti-tank missile barraged over the Misurata area, conducting reconnaissance in the interests of Haftar’s troops and looking for targets that could be destroyed by a direct attack. The war in Libya has long taken the form of a bizarre mixture of the actions of irregular formations and weapons, created on the basis of the most advanced technologies, and UAVs were one of the symbols of such a mixture. The departure, however, ended with the UAV being shot down. And soon the world flew around the photo.

The details immediately became known. The Turkish installation, which shot down the UAV, is mounted on the chassis of an off-road armored car. Like the earlier Aselsan model, it is equipped with a Turkish-made optoelectronic guidance system. The system allows you to accurately inspect the target for firing, to select a vulnerable point, and then hold the laser marker on this point until the target is completely destroyed. Also, as with the previously demonstrated laser gun, a continuous radiation mode is provided, without long interruptions to the "pumping" of the laser. The power of the gun is 50 kW. This is so far the most powerful combat laser in the Turkish ground combat vehicle.

An important point is not an experimental setup. This is a fully functional combat vehicle armed with a laser gun. And she had just been tested in battle, and not at all against the "commercial" drone with E-bay. Such a gun could well bring down an unarmored helicopter, and easily. And Turkey can build such weapons in large quantities without any problems - now. And this is a tactical weapon, it does not need any special transportation conditions, a laser-armed combat vehicle has the same level of mobility as any other armored car of the same type. Ordinary soldiers, including conscripts, may well use these weapons. And the cost of firing this gun in the literal sense of the word is equal to the price of diesel fuel spent during the shooting. Let's just say, an unarmored helicopter takes about twenty-five rubles, approximately.

Will this episode be the start of a "laser weapon race"? Let's make a prediction: no, it won't. The epoch-making news, as they say, did not thunder. Well, who are the Turks in the world of war industry, right? The Turks will continue to improve their weapons, and no one will pay attention to them. And so it will be until, in some other war, Turkish laser guns on armored personnel carriers and tanks massively burn optoelectronic sights to enemy vehicles, burn engines for unarmored vehicles, shoot down helicopters and UAVs, and disable aircraft on the ground with long-distance, mowing infantry without noise and external unmasking signs. And then it’s all startled ...


Well well, the age of laser warfare has begun.

For those of yous who were having a bad feeling, maybe it was because we have now entered the era of laser weapons in real combat, and it is being ignored. How long before these platforms arrive in the hands of revolutionaries around the world? Of coure they will have the challenge of making sure it is adequately powered, but considering the ministry claims this weapon can easily be powered by the diesel engine of whatever mobile platform it is mounted on, we will probably see the proliferation of this technology in the worlds battlefields during the 2020's.

Welcome to the new age right? If you are interested in the ongoing feud between a dozen military powers within the realm of the Libyan battlefield, maybe you should read my thread on that as well. Lots of good resources there from OSINT .

posted on Aug, 19 2019 @ 04:26 PM
link
The 2010's saw the mass proliferation of ATGM's and other guided munitions in the hands of backyard revolutionaries the world over. Perhaps the 2020's is poised to see the same level of proliferation of energy weapons to the world's revolutions. Time will tell right?

posted on Aug, 19 2019 @ 04:36 PM
link
Funny that for days it was the Libyan Army that shot it down, then suddenly Turkey has a functional laser that they used.

posted on Aug, 19 2019 @ 09:08 PM
link
Anyone notice how after ISIS has been defeated everywhere Turkey suddenly shows up with its legit ground troops? ISIS was nothing but Turkeys irregular forces with a few idiots mixed it. Ok a lot of idiots but that's besides the point lol.

posted on Aug, 20 2019 @ 06:52 PM
link
That is one hell of a headline and a massive paradigm shift in military engagements with DEWs.

posted on Aug, 20 2019 @ 08:16 PM
link
a reply to: projectvxn
I will infer that whatever is being claimed used a laser may have been a beefier version of this mobile system they successfully tested last year.


Whatever I have posted being delivered and found there from all over, it doesn't even scratch the surface. The Ottomans are back and they continue to expand. Aren't the Muslim brotherhood associated with president erdogan of turkey??

I should keep an eye on that port in Sudan they are developing too. I can only guess at the indoctrination they are doing to the Somali academy in the mogue.