If the Clinton's were going to have Epstein taken out it would have happened long, long ago when they actually had the reach to do so and hardly anyone was paying attention to him or would have cared if he croaked.

I have to agree. Bill and Hillary would have done it long ago if they were going to do it. At this point, they don't have the power to do it and keep it quiet.

If Epstein was taken out, it was by someone with power now -- the power to do the dirty deed and the power to keep it quiet.

I just can't bring myself to trust anyone working for the Feds -- past or present. I'm not trying to tar every Federal worker with the same broad brush, but if they work (or worked) for the Feds -- especially Intelligence!!! -- then every word is suspect. I'm more inclined to think it's disinfo.

As I understand it, there is no such thing as "former" intel anyway... in for a penny, in for a pound (for life).

posted on Aug, 19 2019 @ 08:06 AM
link
'Russian' spies are going to have known and reported about Clintons dealings with Epstein , the nature of them , all along or at least suspected as much .

You can tie Clinton firmly to Epstein singularly over their attendance , or at least the attendance of Maxell , at Chelsea Clinton's wedding in 2010 . That is after Epstein was originally convicted .

Before Trump's election , Kushner met with a Russian adoptions lawyer claiming damning information on Hillary . Russian children / unknown number (50-100) , were sent to be adopted in America during the disintegration of the cccp . (CLinton era) . Russian agencies since , have tried to follow up on the present whereabouts and well-being of these adoptees . And that's where trouble is compounded because they were not found . With that report coming back from the Russians , the measures the Russians took was to start looking into what had gone on . Swing it up to 2016 , adoption lawyer meets with Kushner , gives damning information on Hillary and Bill . In 2016 , what's Hillary Bill Obama and Podesta still up to ? You guessed it , eating pizza with Alefantis at Comet Pingpong . And then apparently , Trump is colluding with Russia and russian trolls are spreading pizzagate , and the Russians have supported Trump in the presidential race . So there's how Russian intel likely ties into things .

From another angle, or another geographical area , it's possible that the very same (large/ global) trafficking ring was traced back to the Clintons / offices of the potus at the centre from an entirely different debacle , that of Madeleine McCann . The chief suspects of police investigations into her disappearance were reported to be americans , which they 'can't arrest' . It's a well known fact that the photofits provided almost exactlymatched the Podesta brothers , although that story is already a of whole can worms we'd prefer not to have to open .

Where other intel agencies , eg cia fbi , mi6 and 5 , interpol , europol , mossad , un etc which are Western gatherers , with the power to handle operative agents , have gradually found out about this ring , the traffickers/ their handlers , have had to infiltrate and kaibosh knowledge gained by hiding it or destroying evidence . They've had to move their assets into the decision making roles at the top of the important institutions . Something you can do when you're potus in the general policy department of an administration , such as Podesta was , running the white house from private offices of hired company . Nobody has had power enough to face these things down . Nowadays though the direction Trump (and the Brexiteers) might well be taking is towards taking down the whole ring , internationally . Further , it takes an international ring of reformists to break up an international ring of conspirators , and there's where you've got this falling out all over the world , from Australia to Brazil , Israel and Saudi to Japan . The sco are watching and helping that along , where a chinese billionaire was arrested on direct molestation charges , just after Epstein was . Collusion is there with that side of the world , and the trade war and syrian exchanges ( speculation ) are a false wall behind which there a re listeners to something more important , which is the unipolarists' planning their deflections for the oncoming assault . Breaking up the Eu and putting America first , are moves to break the form of unipolarism where whole swathes of the western worlds internal and external political and economic and military policy was conformed to directives made by a secret globalist committee , regardless of democracy . And crucially , regardless of any given nation's national interests , when it suited the oversight group to combine those interests and or balance them against each other . Federalizing the EU , and borrowing from America's deep pockets was obviously part of that policy . And again , controlling the faces that appear at important desks in any given nation , so they would continue to comply with the plans of international overseers was of such importance to them , that they had to use these pfiles to do the jobs . Thats how you get Clintons Blairs , Bushes , Sarkozys and Burlusconis , Merkels and probably Junkers , doing those jobs . Not in the public interest , of any given nation , in any way whatsoever . The opposite in fact . It's been an international elite just helping themselves to more power , and more of others people's children too , to get these things to happen .

Have a reality check . Trump came to power declaring America First , and while everyone wondered quite what he meant , he was meaning to take apart the 'new' world order , that America had suffered enough from covert policies to bleed her dry , and use her like a whore , taking the nations men and women into futile foreign wars for massive corporate mic profit , etc. Exactly the same we've heard from Farage when he has railed at the EU . Banks , the European Central Bank , The IMF and World Bank , and the lending banks allowed to 'invent' money to invest , those get their operating frameworks from national policy structures too , so exactly WHO is in power in those nations is of critical importance to the cabal , and they've - looks like - lost a major seat with Trump in the White House . And again , Europe , actual European policy control is about to depart Britain . You don't have international reform of this scale without heavy actors being involved , and heavy they are when looking to the cre partners . Targeting the 'old' actors on the levels they're being targeted ( high level attack ) belies a confirmation of overall intent , and transition towards reform will necessarily be a protracted affair . Of course there will be feelings of instability through the process , as control was total , even mass bailouts have a source of policy code , of course . Rhineland capitalism was the modus operandii , statism , a socialist front , and quietly showing off the champagne interior decorations . A seductive situation for the rich who would gladly co-operate with such convenience in the general business environment , and the stability and trading boons that the national alliances offered . Who was not happy with it was national militaries . It's a lot harder to subvert and control a militarychief than a business executive , a doctor , or politician . And each division of armed forces also has it's own intelligence bureau . And failure has taken place there which has given the reformist group trump/farage their opportunity , which has also follwed up into high echelons of command structures . The Eu itself were only just drawing up plans for an eu armed forces before Brexit , and their policy was necessarily to subvert traditional command structures with a supranational structure , taking actual power from their own hands as chiefs of staff . You don't argue with military men when they're throwing the block , you don;t sack them either . When any national revolution takes places it's only ever because the military give way to the will of the people and actually turn to deny hated politicians their term , who previously they might have answered to . In that way you cannot deny that Trump and Johnson have the resolve , and the backing , certainly not just of their own party's , to see through reform . With these regime changes defining contemporary events in the Western world , the

Listening to the video, from 23:38 (I'm unable to embed for some reason), has led me to this conclusion;

If the painting is the original, which I believe it is, it couldn't have been a veiled threat to Trump as the Gentleman in your video postulates, as the painting was exhibited as far back as 2012;

...The painting has been matched to an oil work called “Parsing Bill,” sold by Australian-American artist Petrina Ryan-Kleid.

According to the Post source, the work in Epstein’s mansion also appears to be oil, and its size is consistent with the dimensions of the original that Ryan-Kleid exhibited in 2012 when she graduated with an MFA from the New York Academy for Art.

It was originally listed for sale HERE for $1300.

As odd as it is, I'm leaning towards this painting being a bit of a nothing-burger,

posted on Aug, 19 2019 @ 09:34 AM
link
Epstein saga is a , sadly major , part of the fallout . We can deduce that his supply of services was very close to the heart of the system being used to traitorously subvert Western partner nations and many other nations too , into a foreign and domestic policy meltingpot , stirred by hidden international wizards and witches , probably dating back to the old money of the industrialisation era , and Germanic desires for world dominance . We can trace these roots directly to Epstein where he was part of the long standing Rockefeller foundation , the trilateral committee and the council on foreign relations , and branched into the Clinton Foundation , the Clinton Global Initiative , and Teneo Group . Teneo , providing business intelligence to uber-grade clients is right next door to being the actual sale of collected national interests and international state secrets . Almost the same thing as the cabal advising the rich on how to get richer , because they are who they are . Tony Blair the Europhile there too , giving advice because he's top insider , being paid huge packs of money to do so . Epstein too , while someone has to run the shadiest parts , could have not only bonafide suppiers but also through his intel links a supplier of licenses , as a man with links to top levels with top guaranteed protection , and at levels where international trafficking should have been investigated .

posted on Aug, 19 2019 @ 09:43 AM
link
you can always tell when you are over the target once SillyOlMe posts 4 times in row with some nonsense. I am almost convinced that it is a bot at this point. smh.

posted on Aug, 19 2019 @ 08:47 PM
link
I really hope they take down Chelsea Clinton and her husband as well... I seriously can't stand the possibility of having to see her ugly face on the news for the next 50 years.
come on guys can't we all agree her parents must have some dirt on that dude for him to do her multiple times to create multiple babies?

No, it's not the actual Clintons themselves, but the imperative surrounding them that made JE's sudden death a priority 1. 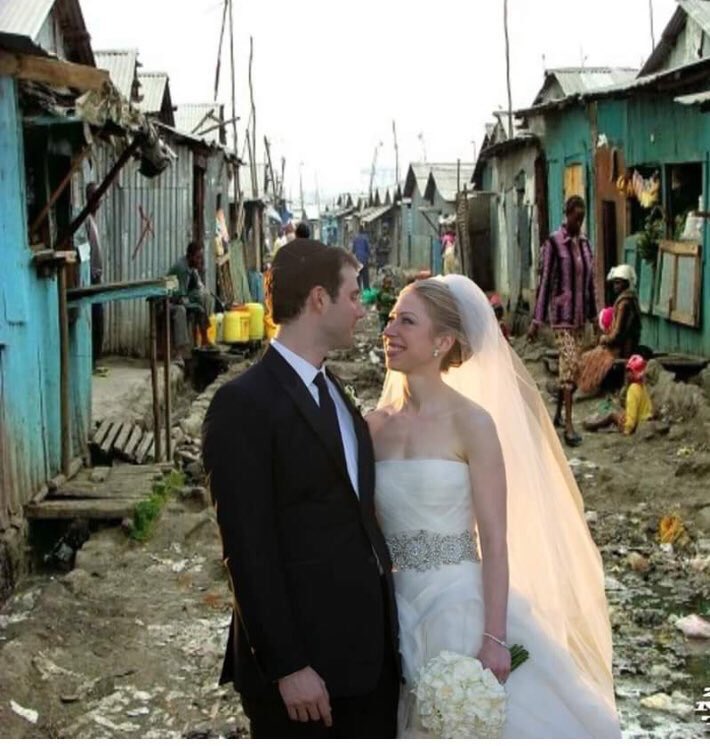