posted on Aug, 16 2019 @ 01:27 AM
link
i think it's been revealed that epstein was working for israeli intelligence. they blackmailed and extorted money in order to further the cause of israel. he's probably still alive. he was an asset that benefitted the ruling class and he most likely has information that would be very damaging to a lot of people if they killed him.

originally posted by: Vroomfondel
No matter what information I see or where it came from the one thing I cant get over is that its just too easy to lean back and take the pressure off his own neck. He was leaning into it to choke himself. He wasn't hanging as in suspended, the only weight on his neck was what he could manage leaning forward while on his knees. Without getting in to nitpicking about how rigid his body was and so on, if he was leaning at 45 degrees the force on his neck would be at most 1/4 of the weight of his body from the knees up. I would guess that to be 35-50 pounds. With no shock load, is that enough to break bones?

Enter the actors, (the fake medics and ambulances) and whip of the patient to

a private facility, enter from the other side prepared body right size colouring

and battered enough to pass as Epstein.^^^ All^^^generously bought and paid for


Nothing about this rings true to me.

When one has enough money nothing is impossible!!

Additionally, the guards and or anyone that actually handled the body / was close to it.
Will die in the next 3 moths,

Cancer, heart attack or stroke, home invasion or my favorite out of control car.
edit on 16-8-2019 by bwillie because: (no reason given)

That together with the shrieking, the change of guard,
no one watching. So conveniently leaving hours for
a plan to be carried out... 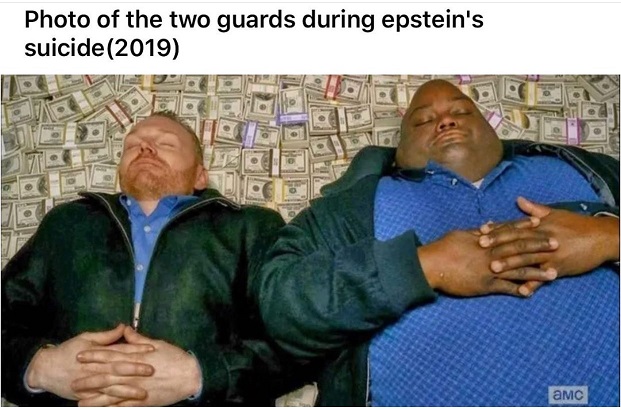 I have worked with, and seen with my own two eyes, regular road patrol pull a rabbit out of their hat and solve some of the most puzzling of situations, with only tiny shreds of information to work with. Some where TV show unbelievable and worthy, so it is hard for me to believe that they would have such inept police and investigators on such a high profile case.

It truly looks like some manipulation and cover-up is taking place.

originally posted by: Flyingclaydisk
About the only plausible reason to keep him alive would be so he could testify in the future, and this would mean there are some people in power who actually want "justice" for the people versus these politicians and elites.


There is one other possible reason...

If he had/has some kind of leverage/evidence on a 'dead mans switch' (release triggered upon his death) that would spill all of the beans to the entire world all at once...

I've really been enjoying binging 'The Black List'. I didn't think I'd like it, so never bothered to check it out, until someone suggested I do so.

posted on Aug, 16 2019 @ 08:39 AM
link
Jeffrey Epstein was doomed the moment he was imprisoned with no means to escape captivity. Too many skeletons in his closet, many of which involve the rich and powerful as complicit participants.

Pants used as a noose?

Hanging breaks bones in the neck.

That said, most similar jailhouse suicides are more of a slow chocking out with something tied to a toilet pipe or bed post as there is not anything on the ceiling that can be used to tie something to and actually suspend a body from the ground, or at least there should not be, more so in one of the nations highest security prisons.

Bones are broken from the impact of the drop in hangings. Even if he attacked something high on a wall or somehow even a ceiling, I have a hard time imagining the prison ceilings as high enough to support a drop that could break bones.

Definitely more questions to be answered.

I think I am going to search for an image of a jail cell at that prison.

Cells from the prison. 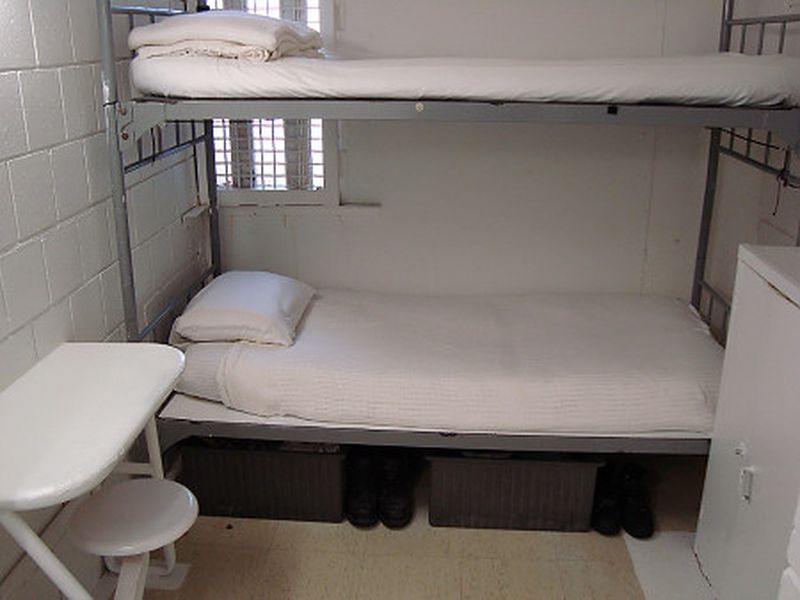 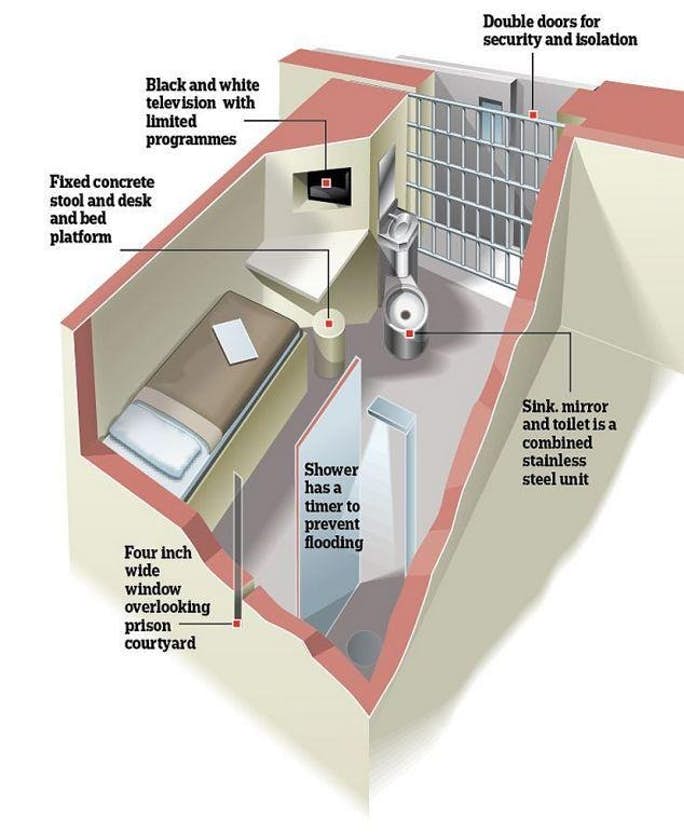 He was expecting a roommate meaning there was likely a bunk bed, so the bunk bed is likely what he used to hang himself...or what was used to stage the hanging.

The very nature of suicide watches is that cameras and monitors combined so I'm not buying it...

Since AG Barr's family has worked with Jeff Epstein before, its possible that Epstein is alive, in a protection program, and cooperating fully.

There are pictures of his dead body, his head is swollen from strangulation, but it's clearly him.
I had doubts about it too at first, but it's confirmed he is really dead.

originally posted by: ParanormalActivity
i think it's been revealed that epstein was working for israeli intelligence. they blackmailed and extorted money in order to further the cause of israel. he's probably still alive. he was an asset that benefitted the ruling class and he most likely has information that would be very damaging to a lot of people if they killed him.

Do you have any supporting links, or personal experience/reason to
support the claim "it has been revealed that epstein was working for israeli intelligence"?

I have looked and can find no direct link, except that it is reported
that his family is Jewish. If you have anything to support your ideas,
it would be great if you would post.

Naturally, money was the Atrium of Epstein's operation.

I am sure there was plenty to take care of any problem
that money could fix.

The two pictures do not jive
One shows metal and the other shows concrete furnishings.
Which is which?

He was removed from suicide watch though.

He was full of sunshine and promises with his lawyers and they convinced the warden that he was no longer a risk.
They also had the ex cop removed from his cell for his protection as he claimed that that dude injured his neck two weeks ago. A lie of course.
I think he just took the cowards way out.

Where did you see that? I am going to look for a link.

posted on Aug, 16 2019 @ 02:44 PM
link
Here is a good list of inconsistencies in the "official narrative"
about Epstein. There are still more questions than answers,
although we really need to wait for an official autopsy report
before jumping to conclusions, even though many circumstances
are pointing to murder.

I think the report was just released.