originally posted by: Lucidparadox
I don't understand the premise of this thread.

How is Caucasians becoming another US minority NOT a good thing?

All that simply means is our beautiful USA becoming more diverse.

It simply sounds like Cooper is celebrating the country becoming more diverse.

Wouldn't it be great if there was no definitive racial majority? If we were all truly equal in population?


And an increase in the ‘white’ population of all African countries is also a good thing.

More white people in Asia and Africa and South America is a GOOD thing and we should all be pushing for it.

Not sure that counts as cultural but we get that sort 'round these parts. 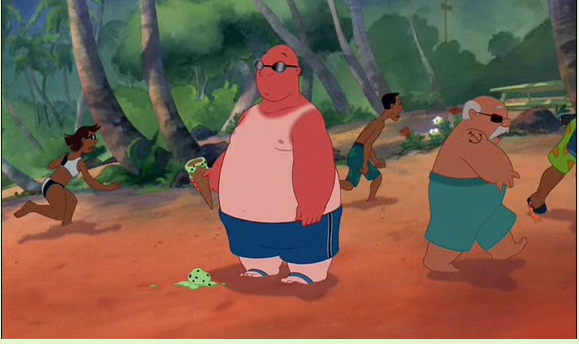 
originally posted by: Phage
a reply to: ketsuko

posted on Aug, 15 2019 @ 09:38 PM
link
I suspect that Anderson Cooper gets excited about all kinds of things. I really could care less what floats his boat and gets him all engorged and tingling. Whatever that is, it's not my cup of tea I'm sure.

Just curious...was a tour of Pacific University on your itinerary? They are locally well known to court Hawaiians (both "natives" and "whites", as it were).

Not to parallel a different topic all together.

My default position has always been more of a "flavor of the month" thing. Same default answer I have been giving re: homosexuality since the mid-80's. I love queers! More girls for me.

Of course that makes me a horrible person in 2019.

posted on Aug, 16 2019 @ 03:29 PM
link
a reply to: Phage
Not exactly what I meant, but you would have to live in Texas to get it. It's really more a cultural divide with non Anglo voting Democrat for higher taxes, more freebies and business killing regulations.

posted on Aug, 18 2019 @ 08:32 AM
link
Of course, it's a white elitist groomed for his place in the world. One who attended Ivy League schools and partied with homosexuals of his taste that never had to worry about the outside world. Recently, he "offered" kind words for his late mother who shielded him from common folk and never lived in a threatening environment the majority of people exist with. No, Anderson's existed among the "privileged" class and found his path as directed by his mother's wealth. Had he been just another average garden variety "white" kid and suffered as a result of past social programs that ultimately placed him on the bottom of the social-economic ladder as many of us endured, we wouldn't have to endure his worldview nor would we know him for his "skills" are a dime a dozen.

I'm tired of being "labeled" as one who enjoyed the "entitled" dividends of the class of white people. Everything I know and have is a result of hard work and my college degree was paid by my VA Bill. My parents were not wealthy and worked hard too. But, I was a white citizen, was denied positions in areas of interests based on my skin color. They never said that, but programs exist where candidates are chosen by zip codes. Today, the average white person has many enemies in his environment. Not only in race matters, but also as a husband and father. All of which results from this obnoxious "war" on the family. Now, we are in the cross-hairs of the "me too" movement. Add to that, we are experiencing a threat to free speech and recent mass shootings threaten the second amendment.

Since the eighties war on crime, personal property laws morphed to the degree our currency is now a controlled substance. Although "Jeff Epstein" wasn't worried his fortune would be confiscated, for he had hidden resources to assist in his defense. However, the average person here in America accused of a major crime can expect all of his resources to be confiscated the moment he is charged. Possession is no longer nine-tenths of the law and your chances of gaining proper representation in court are minuscule in comparison. Like President Reagan stated: "expect to be harmed when the government is here to help." In other words, major events either economic or public policy changes have morphed to guarantee mass servitude. The 1% basks in blissful environs at the expense of the majority. We have more people in prison than China and people who trespass across our borders demands their constitutional rights. To expect changes at the border and to state such is now the means to be identified as a racist.

To assume we are the reason for all of society's ills hides the true factor that brought such hostile attitudes among critics. The fact is, our economic opportunities were eliminated with industry flight. A massive shift towards "global" partnerships created the perfect storm of dwindling resources and opportunities. Like driving down the highway in fourth gear only to drop to first or second gear at the speed of seventy miles per hour is the best analogy to understand the economic attack on society. It is a well-known fact among academic communities that "any negative deviation in the distribution of wealth and services, regardless of how minute, will have a profound impact on society. Insomuch, even religious attitudes will change as a result." And, to assume this was not expected years before current events happened is a faulty assumption once you consider nothing happens in Washington without the previous purview of "think tanks." Not only were Wall Street elitists aware, but the locals in Mexico, Central, and South American countries shared the same knowledge of American industry flight years in advance.

In fact, and contrary to popular belief, the NWO was theorized at the end of the nineteenth and the beginning of the twentieth century. Hitler mentioned it in many of his speeches to the German people. Americans however, didn't see any real tangible evidence of tax-payer funded purchases of land south of the border and used to erect massive industrial parks for America's industry exodus. Many locals in the jungles of Central and South American countries were aware decades prior to the first flight of textile businesses and were aware of NAFTA and GATT long before the average American citizen. All of which was implemented by Wall Street's CIA agency of U.S.A.I.D. ( United States Aid to International Development ) All the Tee's and commas hammered into existence prior to 1980 were either lies and or ommissions by our elected officials. At that moment during Reagan's "less than exceptional" moments in his life, the GOP announced industry flight was the result of lazy and overpaid labor. And, as a result, offered a strong footprint in creating this obnoxious "right vs left" mentality that grips the bye-polar segments of society.

However, all of this was obvious by the forementioned academic circles stated earlier. They warned the public and was attacked by critics for their input. And, the recent attacks and the obvious edicts that result rids the citizen of any say and are powerless after the fact. Propaganda and counter-propaganda to sway public opinion and the use of the "Hegelian Dialectic" creates the ripe conditions our enemies thrive in. Yet, what is so obvious for many who are either trained to observe or by the natural intellect, is lost with a majority of ignorant folk and are too easy to control with party-line slogans and talking points. Hence, people like Anderson Cooper and his groomed access to the public forum is used to create the desired effect.

However, one should also understand both the right and left use the same tactics and together they rob the public to their ultimate agenda. Actually, quite easy to understand after the past fifty years of division. In fact, the onslaught of constant attempts to cause fear and to blame others fit their goals entirely. The rise of the .1% and the use of Big-Government, regardless of which party institutes, is the result paid for by the warring factions of society. In other words, the opposite of what would result if the system was governed by the people. The sad fact is, Americans have a lot in common yet small and irrelevant disagreements is used to cause distress. And, for every Anderson Cooper, there is his counterpart, Hannity, to direct public attention. And, it is incumbent for you, the citizen, to be aware and cautious of the "fake-News" by these vermin.


Is there a problem?

What is reverse racism.

One Thing is clear Diversity hasn't helped the Balkans.

Reserve racism is still racism. No matter who does the hating on a person race that is just wrong either way.

posted on Aug, 19 2019 @ 08:09 AM
link
I don't think anyone really cares... I noticed it too, but didn't have to correct anyone on their grammar to defuse their perspective. a reply to: muzzleflash

Thx for alerting me to that. 19 other ppl liked the CIA link (which is spooky already geez) and him being poli sci. It's slick.

And I was making a point at CNNs detriment for their many gaffs. They need better producing and editorial staff. I'd fire everyone and start with a complete new team to pretend we aren't still corrupt. Maybe even make it so it's sold to another entity, make it look independent again, so it's not pro-either party.

That kinda rebranding might save them. All these stations get bad reps after awhile. Plus they could make it more like reality TV which might buy good ratings for a lil bit.

These ppl party too much with all that money. So many of these ppl are on drugs, drinking too much, etc. Focused on material gain rather than personal excellence. Selling out to whoever lol. Corporate culture.

You can't be trusting anyone other than yourself to uncover the Truth for yourself.