Are Democrats Going To Admit Their Rhetoric Is The Cause For These ICE Attacks?

I don't even know what I'm trying to convey here. Our country is in a war against stupid (both of "sides"). Stupid is winning. Bigly.

The problems at the extremes they are presented in have only two, also extreme, solutions: Get rid of free speech and thus end the rhetoric or ban and confiscate all weapons. Neither will happen...but SOMETHING will most definitely happen, sooner or later.

posted on Aug, 13 2019 @ 05:34 PM
link
Democrats didn't even tone down their rhetoric after one of their fanatical supporters shot their congressional colleagues.


Is any one listening here? This shots were not an attack on the ICE office.


Is any one listening here?


Only if it is not propaganda 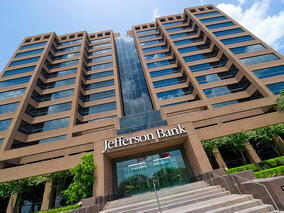 This is the Jefferson Bank Building. Several companies' offices were hit. There was no tight targeted shot group from the otherside of a 6 lane loop. Didn't happen that way.

Drive on 410 and look for yourself. I do daily.
Not happening unless you drive on the bank side acess road and fire directly into the UNMARKED ICE office window.

You're persistence in remaining ignorant is somehow admirable; however, I deny it. Carry on with your narrative.

They were too ignorant to know the difference.

ATS is in it's own little world, and you know damn well what it's like here.

Furthermore, it's an anti Democrat and anti left echo chamber, and you still tout the same rhetoric in that exact post.

When people call Trump a white supremacist, maybe you should actually look at his past life and history to see why. The way his followers view him, and how he parades around people who aren't white at his state of the union addresses and rallies like trophies. I don't think he's a white supremacist, but he sure doesn't do himself any sort of redemption to that sort scenario by trying to disassociate himself from it either.

Democrats aren't saints either, neither is the left, but as always like I said, there's a certain feel to this place after a mass shooting, when it's a white dude with clear intentions the whataboutisms come out and the retractions from white supremacy come flying out, all the while the owning up to such rhetoric is suppressed and kept quite.

And here we have Trump himself denouncing White supremacy, I haven't heard a peep from some members here on his words, instead. More anti dem, anti left.

originally posted by: Admitted
Party 2: You're a pizza-face!

The Dems do love their pizza.

it is amazing. you are so right.

I'm saying EXACTLY what I said in my first post. No suspect is in custody per the FBI. No manifesto was left according to local news stations. KENS 5, KSAT 12, WOAI 4.

Here's my original source : KENS 5 San Antonio
This was not an ICE holding facility. It's an ICE office in a bank building 3 miles from my house!
Anybody who questions that hasn't bothered to read what San Antonio local news stations are reporting.

It's funny how they're not even hiding the agenda now. We've been saying for years gun control was just a means to an end, the end being disarm their political opponents. They're not even trying to pretend it's not anymore. Scary times.

Haven’t heard a peep about what?

I denounced white supremacy on the El Paso thread. I acknowledged that trump and many republicans did as well

Again, it’s telling that you are more worried about anonymous online people than those on power

It’s nit enough all of our cultural institutions of power are heavily establishment left wing, you need ats to be as well

The Dems and their media do though

As far as I know, there are ICE employees in an ICE office. Or am I wrong about that too?

The media isnt the champion of the left.

And the media has very little influence on mass shootings or hate. If it was then why did trump blame video games, social media, and white supremacy?

You are digging into a subject to just shame the left.


The media isnt the champion of the left.


What planet are you from?

Did you see me blame democrats for a Bernie supporter shooting republicans?

Nope, I defended democrats and said they weren’t responsible for an extremist that followed them

If calling for honesty and consistency is picking on the left that more of an indictment of them, not me

In addition, the claim of the manifesto being an Antifa member was from the past incident where the guy was killed attacking a detention center

The same one you're from. Maybe stop having tunnel vision and you'll see what I mean.